Now a preschooler, Tobias begins to learn to work, play with others outside his family

It was his first week of school, and Tobias Adams was having a bit of a tough time.

He was excited to be surrounded by other kids. He enjoyed finger painting, frolicking on the playground, and snacking on jelly-smeared toast and orange slices.

At moments, though, Tobias found preschool to be a bit overwhelming. During cleanup time one September afternoon, another child grabbed a box of toys Tobias had been playing with. Tobias reacted with an ear-splitting scream.

The Columbian was there to hear it because we are following Tobias between his third and fourth birthdays to provide a window into this crucial stage of childhood development. It’s a time when a child’s social world expands.

Up to this point, Tobias’ sister, 7-year-old Arianna, was his primary playmate. Now, he’s interacting daily with kids who don’t know his quirks, or his favorite snacks and TV shows. In short, he has to learn how to settle differences with other kids.

After the toy-grabbing incident, David Bradley, a teacher’s assistant at the Minnehaha Early Learning Center, coached Tobias on another way he could respond.

“When you don’t like what someone’s doing, you say, ‘Please don’t do that,’ ” Bradley told Tobias.

It worked. Tobias said he was sorry. The cleanup song commenced. Tranquility returned to the classroom of 3-year-olds, where a dozen little ones just beginning to understand their own thoughts and feelings were clocking their earliest lessons on how to navigate everyone else’s.

“Many of the kids we’re taking in preschool have never been in a group environment before,” said Jackie Brock, a coordinator with Educational Service District 112. The district runs the Early Childhood Education and Assistance Program, which prepares local kids for kindergarten.

The learning curve is steep in the first few months of preschool, Brock added. “The way the children change, the growth is huge.”

On Halloween, Tobias and his sister were getting into character in their East Minnehaha apartment. Arianna dressed as a witch, Tobias as Spider-Man.

“Look at my muscles!” Tobias exclaimed from the living room as he strained to pick up a pumpkin that weighed nearly as much as he did. He put it down to shoot pretend spider webs out of his wrists. “Pshew! Pshew!”

In the kitchen, Arianna waved her magic wand.

“And now you’re frozen!” she proclaimed.

The two piled into the family’s red Radio Flyer wagon, gamely pulled by their dad, Matt Adams. Their mother, Jasmine, followed along in her wheelchair. Her younger brother, 15-year-old Bobby Roley Jr., also joined the excursion.

The weather was just the right amount of chilly as the sun set — cold enough to cast a spooky fog across the neighborhood, but not so cold as to cut the kids’ trick-or-treating mission short.

It was a tight fit in the wagon. This is probably the last year that both siblings will be able to squeeze in together. In the meantime, they were living the dream: Arianna and Tobias, lovers of all things spooky, partners in crime and in candy, canvassing the neighborhood on their absolute favorite holiday of the year.

A sibling is usually our first true peer relationship — our first partner in imagination, in negotiation, in conflict resolution and in secret-sharing.

The sibling relationship helps youngsters develop theory of mind, the realization that “we don’t all have the same knowledge,” said Sara Waters, an assistant professor of human development at Washington State University Vancouver.

Little kids don’t quite understand that a whole separate world exists outside of their own brains.

For instance, Waters said, toddlers don’t fib. They can’t. Deceit requires that you understand the separation between your own thoughts and objective reality, and that other people don’t necessarily have all the information you do.

As kids get a little older, they start to understand that their own inner worlds are distinct from the world at large. Kids developing normally tend to understand that by 5 years old. But for many, it happens sooner, even before age 4. Siblings play a big role.

“There’s something special about having lots and lots of exposure to another kid,” Waters said. 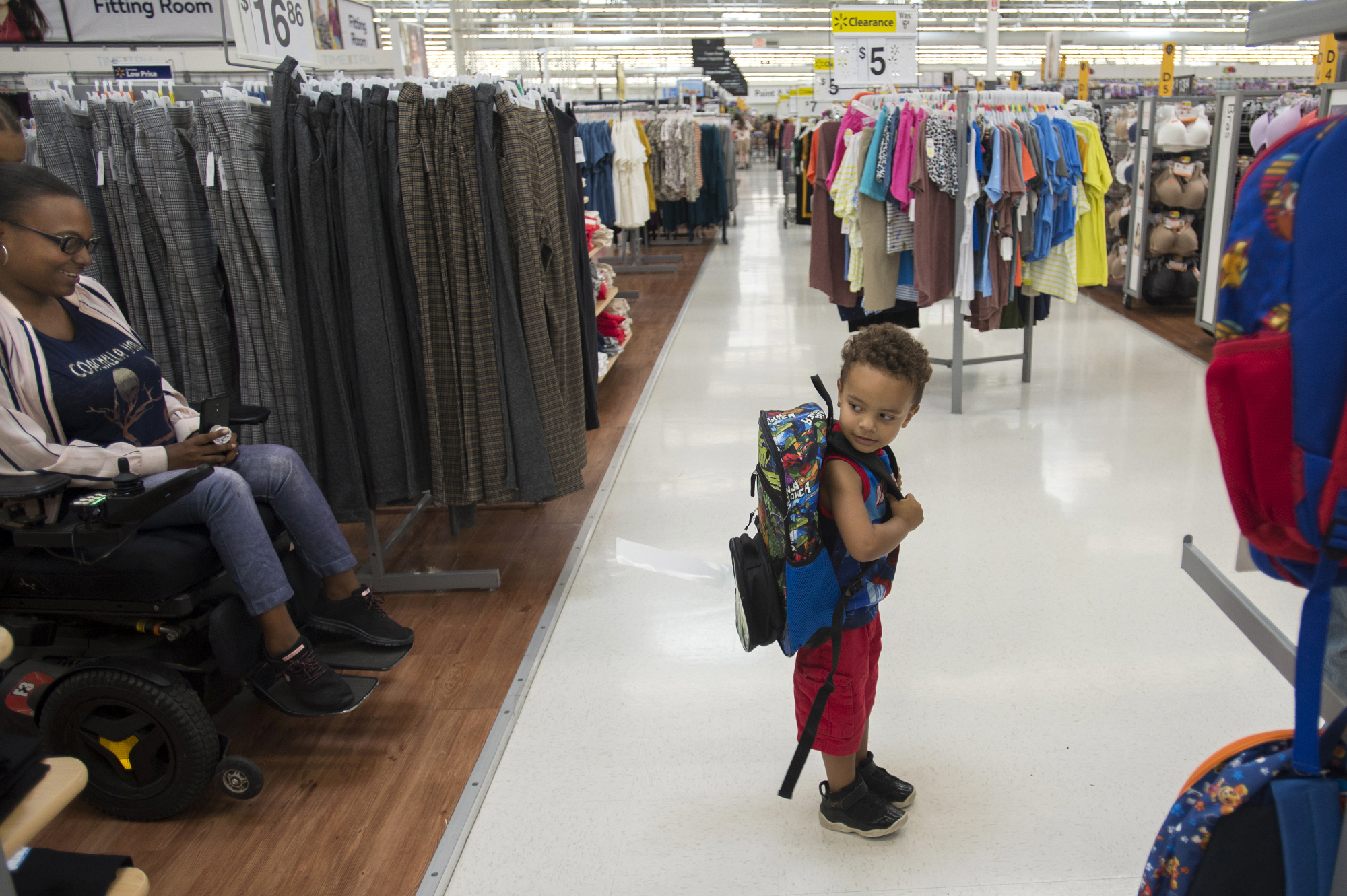 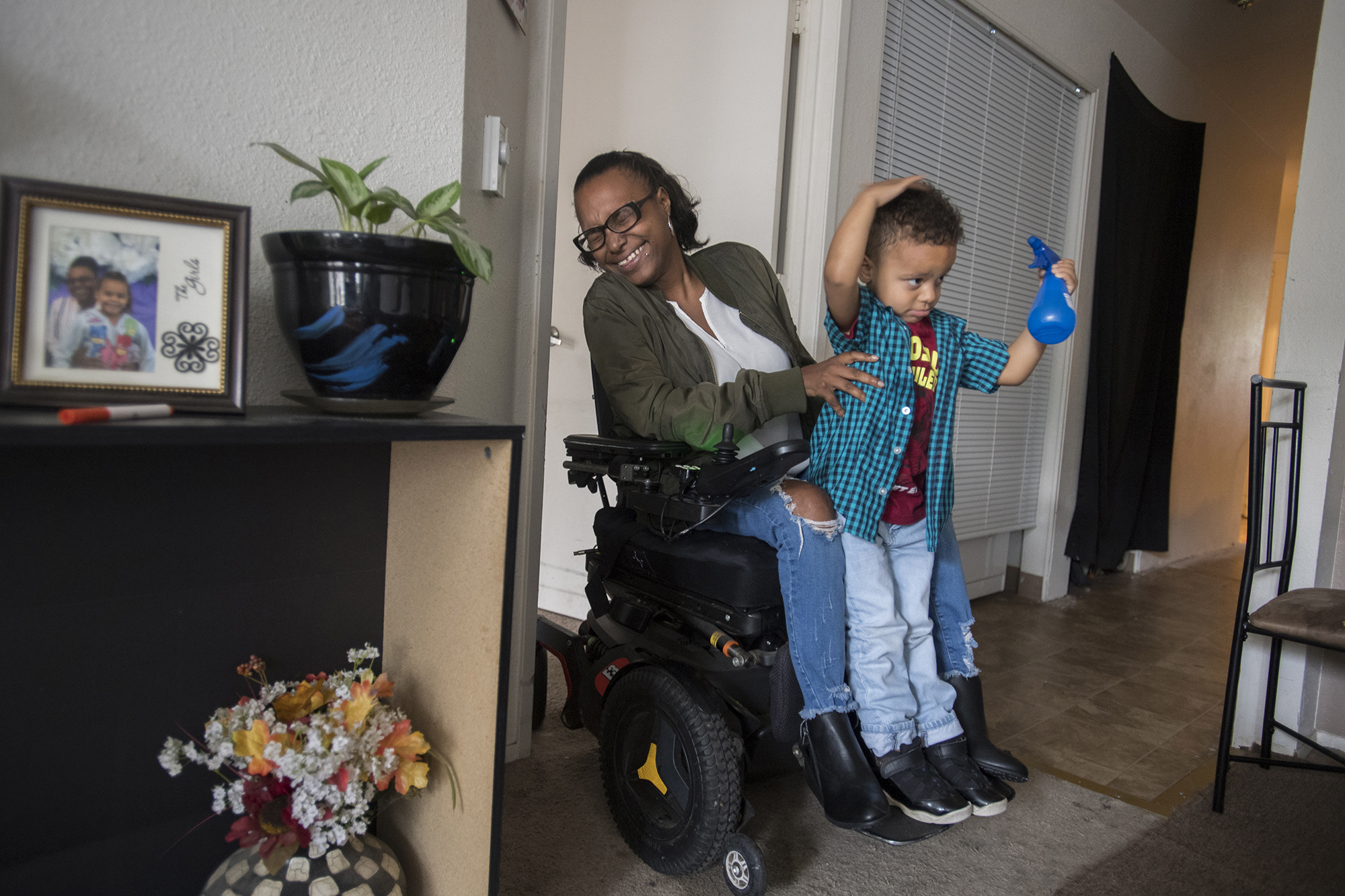 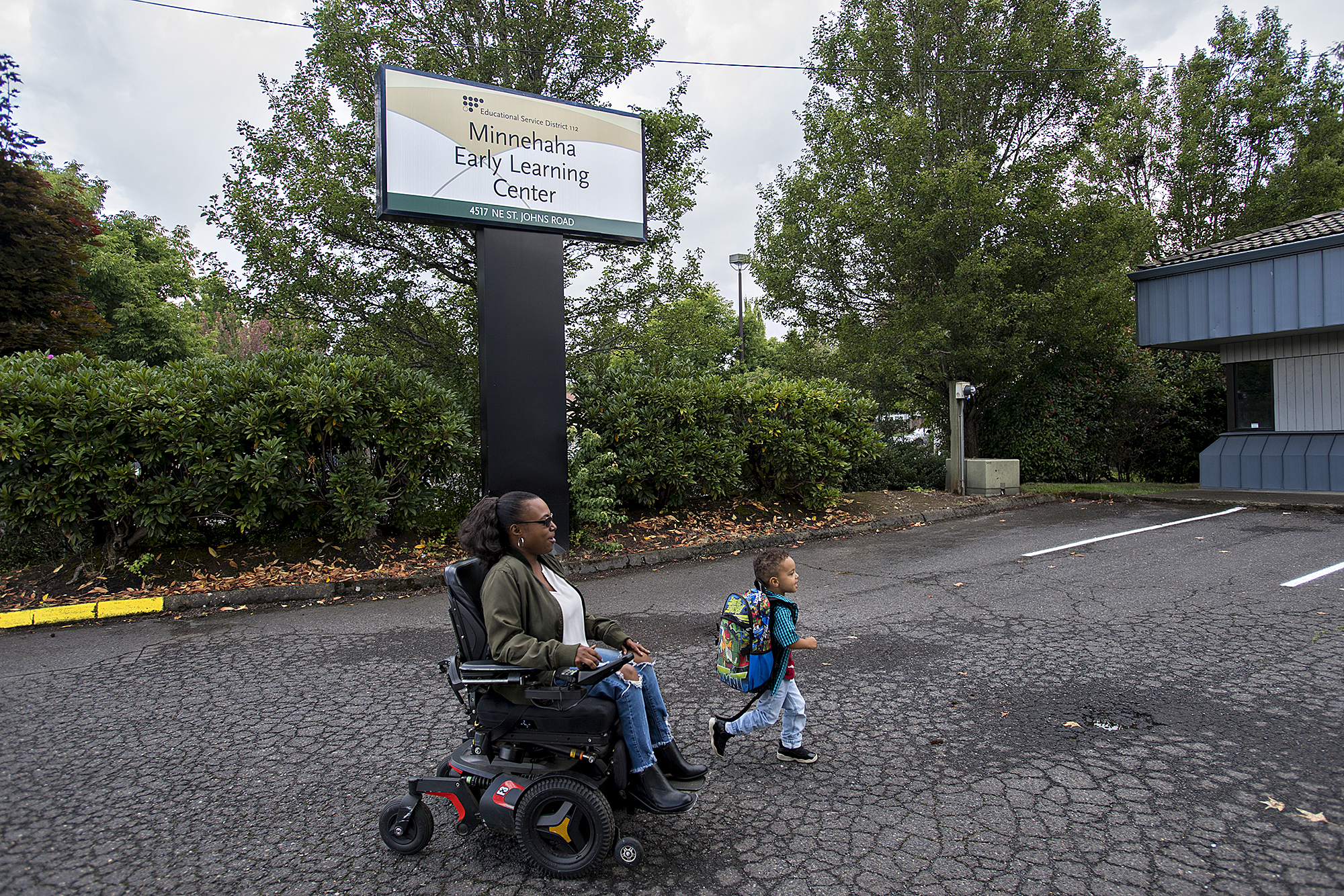 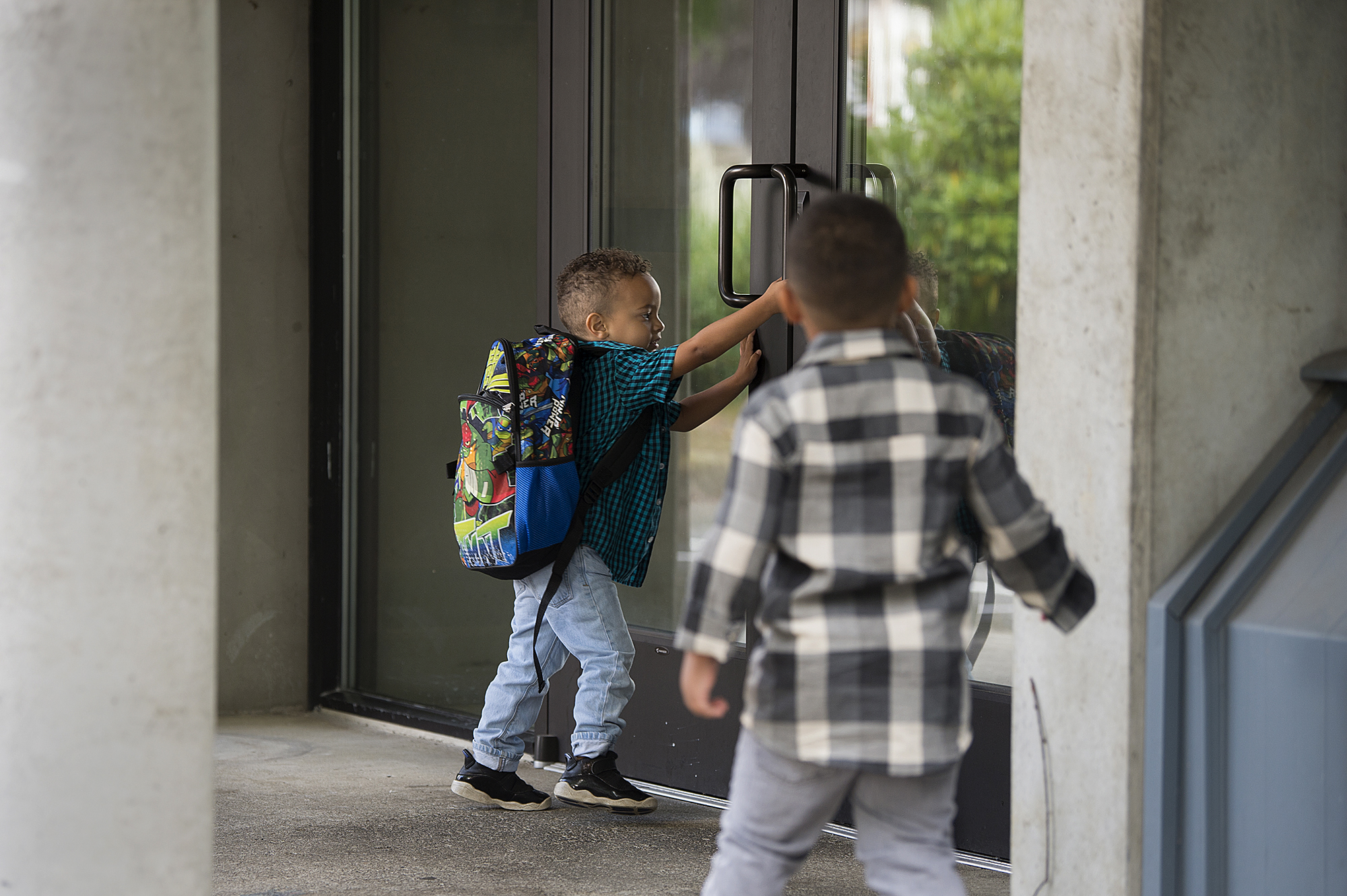 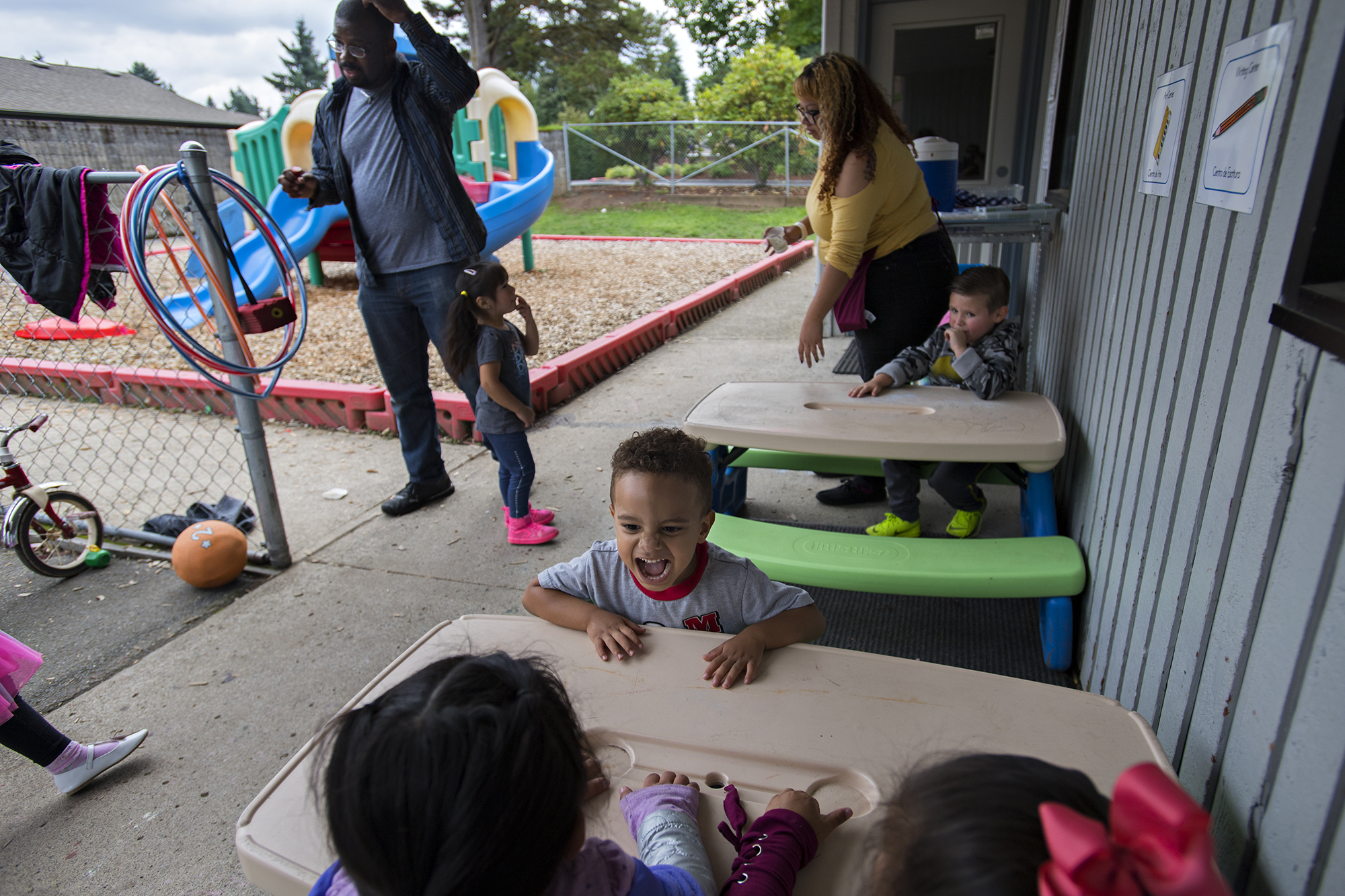 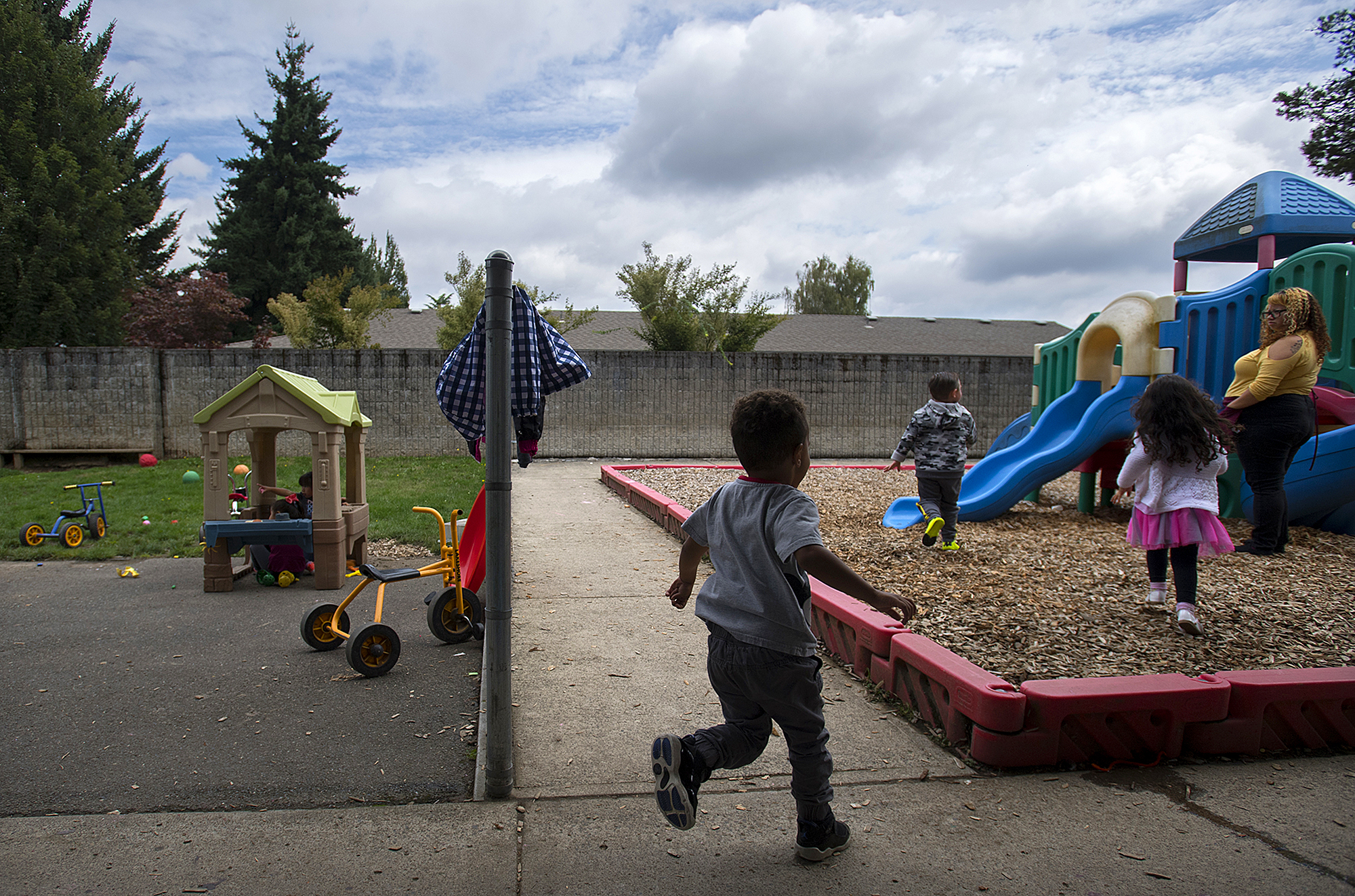 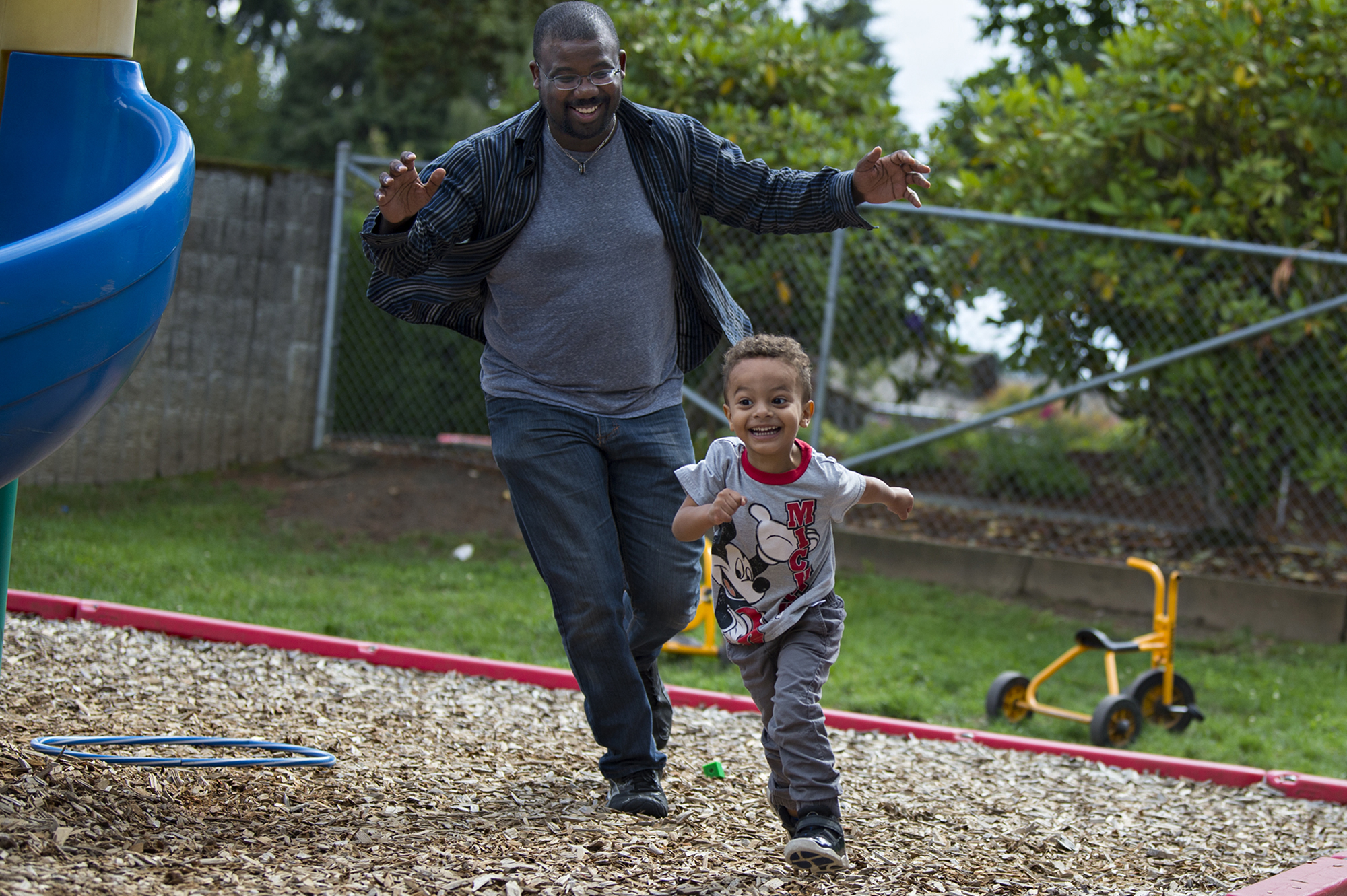 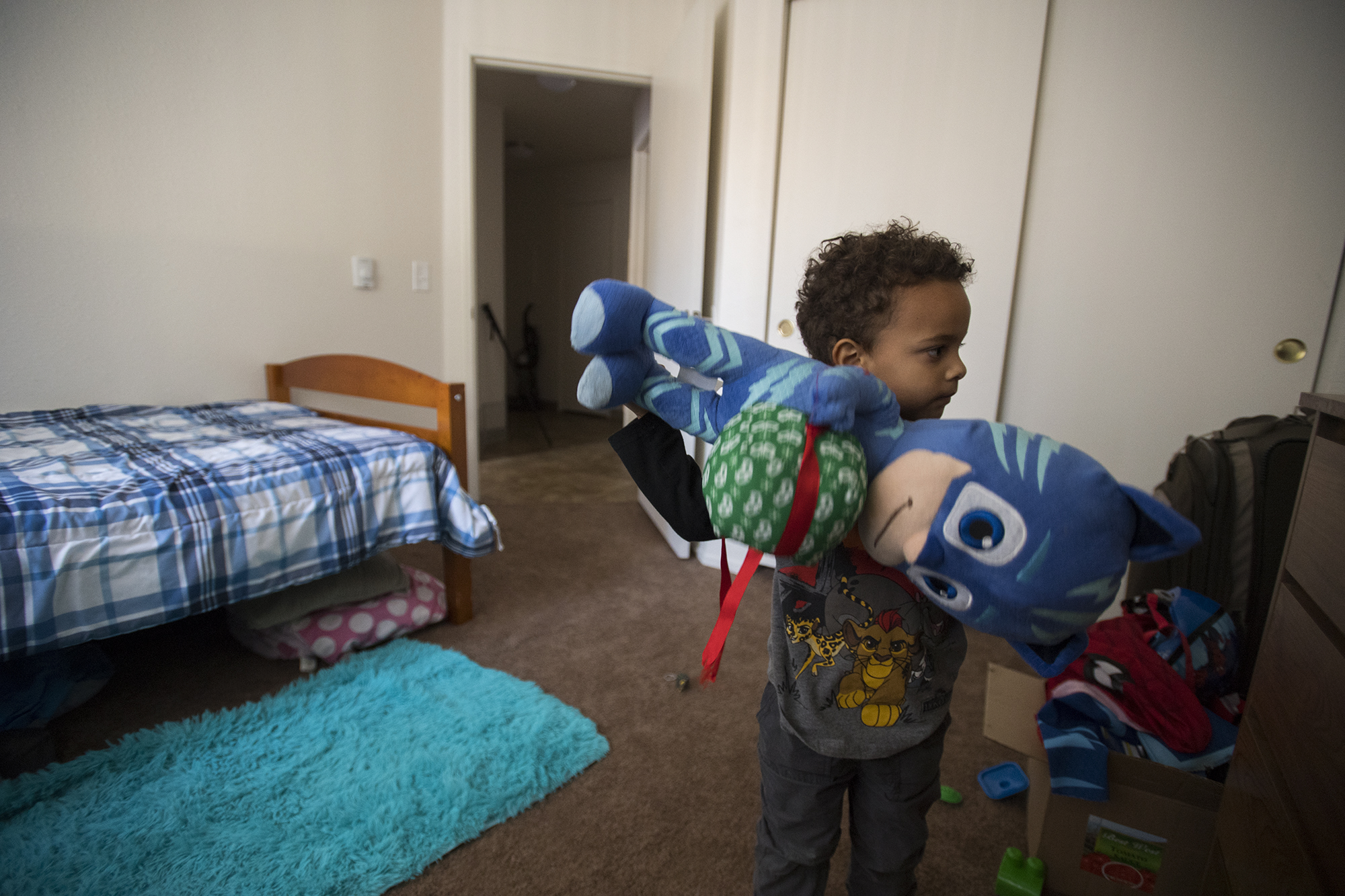 On a recent day at school, Tobias pounded a desk with a toy foam hammer. It was a one-person activity, but it wasn’t exactly solo. He invited other people to join in.

A 1929 dissertation by Mildred Parten Newhall guides an understanding of play still commonly used today. Parten’s stages of play identify six distinct types: unoccupied, solitary, onlooker, parallel, associative and cooperative. They range in complexity. We see infants engage in unoccupied play, just moving their bodies around because it’s fun. At the other end of the spectrum, cooperative play requires participants to work toward a common goal.

At Tobias’ age, kids are starting to transition out of the parallel play phase, in which they play side-by-side but independently of one another, and into associative and cooperative play.

“Between 3 and 4, you start to see more and more of actually interactive play — where instead of each building their own block towers next to each other, they might be building a block tower together and negotiating which block goes where,” Waters said.

Preschool is also when children start to pretend, and the Minnehaha Early Learning Center includes spaces that foster this kind of play. One corner offers a toy kitchen for playing “house.”

“By 3, there should be peer play, but it’s often not super complex,” Waters said. “By 4 years old, you can have kids returning to the same story in the imaginative space at the preschool from one day to the next.”

It takes a while to get there. As Tobias wrapped up his first action-packed week of preschool, he was beginning to learn the basics, like asking to join an activity.

He was on the other side of the classroom when the teacher turned on music for a singalong.

He and the class closed the week with a rousing rendition of “The Wheels on the Bus.” Then it was time to go home, for now.

Back in January, we sent out a call for a child to follow as part of a series examining what it’s like to be a 3-year-old in Clark County.

We received an outpouring of responses from parents, and we sat down with a few families from around the region before selecting Tobias and the rest of the Adams clan.

We chose to spotlight a 3-year-old because kids undergo tremendous changes in their emotional, social, mental and physical development as they transition from toddlerhood to childhood.

We picked up with Tobias on his third birthday, on March 28. The first installment of this series published on May 12 and the second installment published July 28. We’ll follow Tobias through his fourth birthday. Of course, every child is different, but we hope that family, caregivers, friends and loved ones of little ones around Clark County find moments along this journey that they can relate to.

by Meg Wochnick
Next: Bridging the Border