As Maryam Azizpour and her family celebrate their first year in Clark County, they love the freedoms of U.S., hope they will be allowed to stay and continue thriving

One morning in October, Maryam Azizpour drove over the Interstate 5 Bridge into Portland before dawn, steeling herself for an asylum interview with U.S. Citizenship and Immigration Services.

“I was nervous — very, very nervous,” said Maryam, 31, a refugee from Afghanistan who resettled in Hazel Dell last year along with her children, her brother and her parents.

Because the asylum interview was at 7:30 a.m. on a day off from school, Maryam’s two daughters came with her, along with their grandmother to look after them. (Maryam’s asylum case covers herself and her children. Her parents and brother, who fled Afghanistan with her, must pursue their own cases.)

“I know my English is good, but sometimes I still don’t understand,” Maryam said.

Pro bono immigration attorney Alma Jean from Lutheran Community Services Northwest, a nonprofit that helps refugees, was there with her. Jean had conducted many mock interviews with Maryam to prepare her. He helped her complete forms that detailed her previous life in Afghanistan and why she fled.

During the interview, the immigration official peppered Maryam with questions: What did you suffer in Afghanistan, and why are you afraid to go back? Were you ever convicted of a crime? Did you ever help an armed group? Have you ever said anything, online or in public, in sympathy with terrorism? Did you ever pass through a Taliban checkpoint, and did you pay a bribe? If you were deported back to Afghanistan, what would you do?

Two months after that crucial interview, Maryam is still waiting for an answer. Can she and her daughters stay in the United States, or must they return to the danger and oppression of Afghanistan?

Maryam’s family — educated, Westernized people who worked with the Afghan and U.S. governments — knew their lives were in jeopardy when the fundamentalist Taliban regime swept back into power.

The U.S. abruptly pulled out of Afghanistan after decades of occupation in August 2021. Maryam and her family fled immediately. They struggled through the chaotic and violent streets of Kabul to get to the airport. They planned to fly to Germany, where they could join Maryam’s husband, Jamal Nasser Azizpour, who is a graduate student there.

Jamal left Afghanistan years ago to pave a way out for his wife and daughters. But when Kabul fell, Germany refused to accept refugees without visas. A U.S. official at the Kabul airport encouraged Maryam and her family to escape to America.

That’s what they did, in a snap decision that has affected the whole family’s fate. After waiting for weeks at a military base in New Mexico, Maryam and her family were resettled in Clark County before Christmas last year, with help from Lutheran Community Services Northwest and local volunteers. 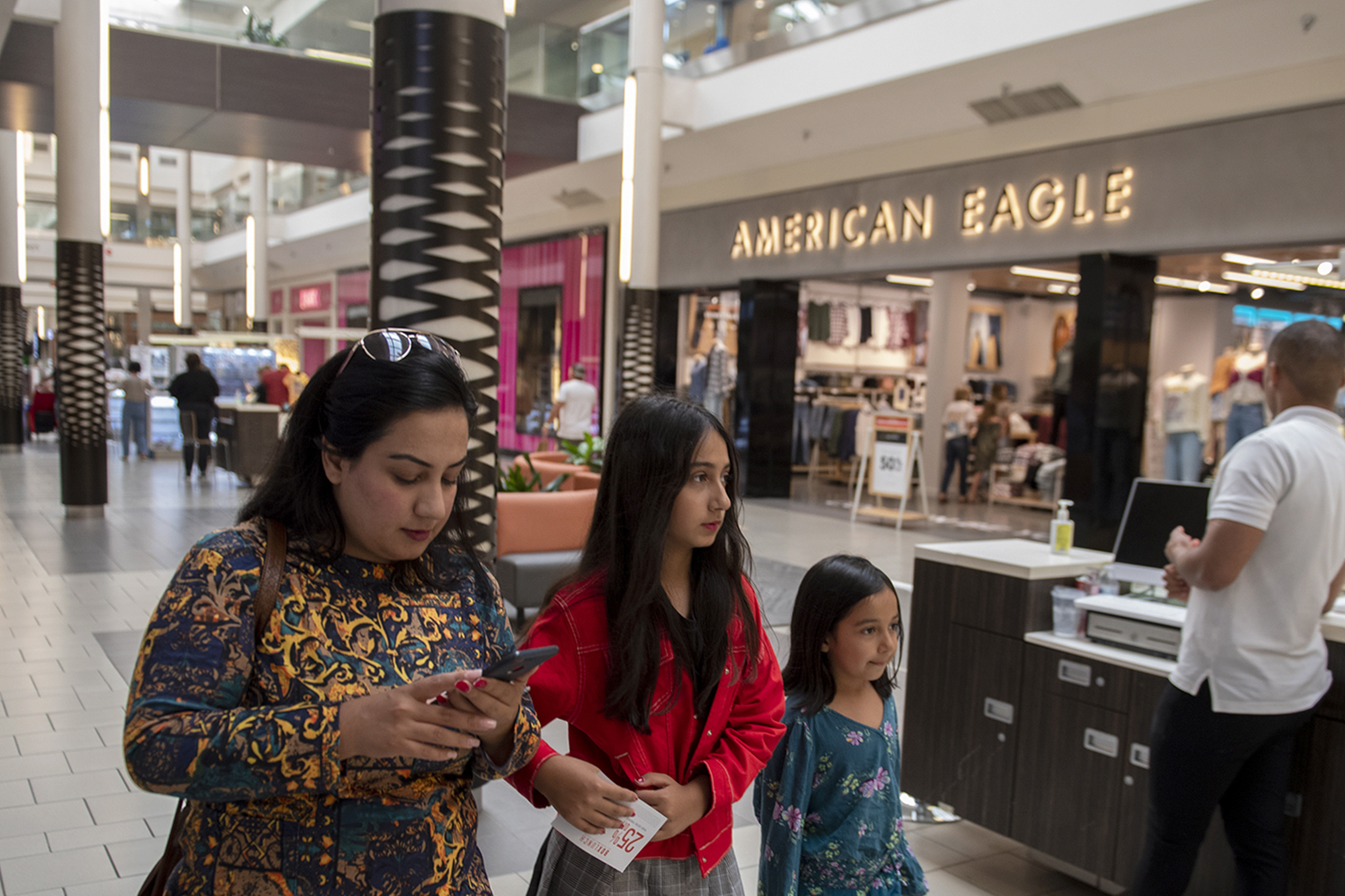 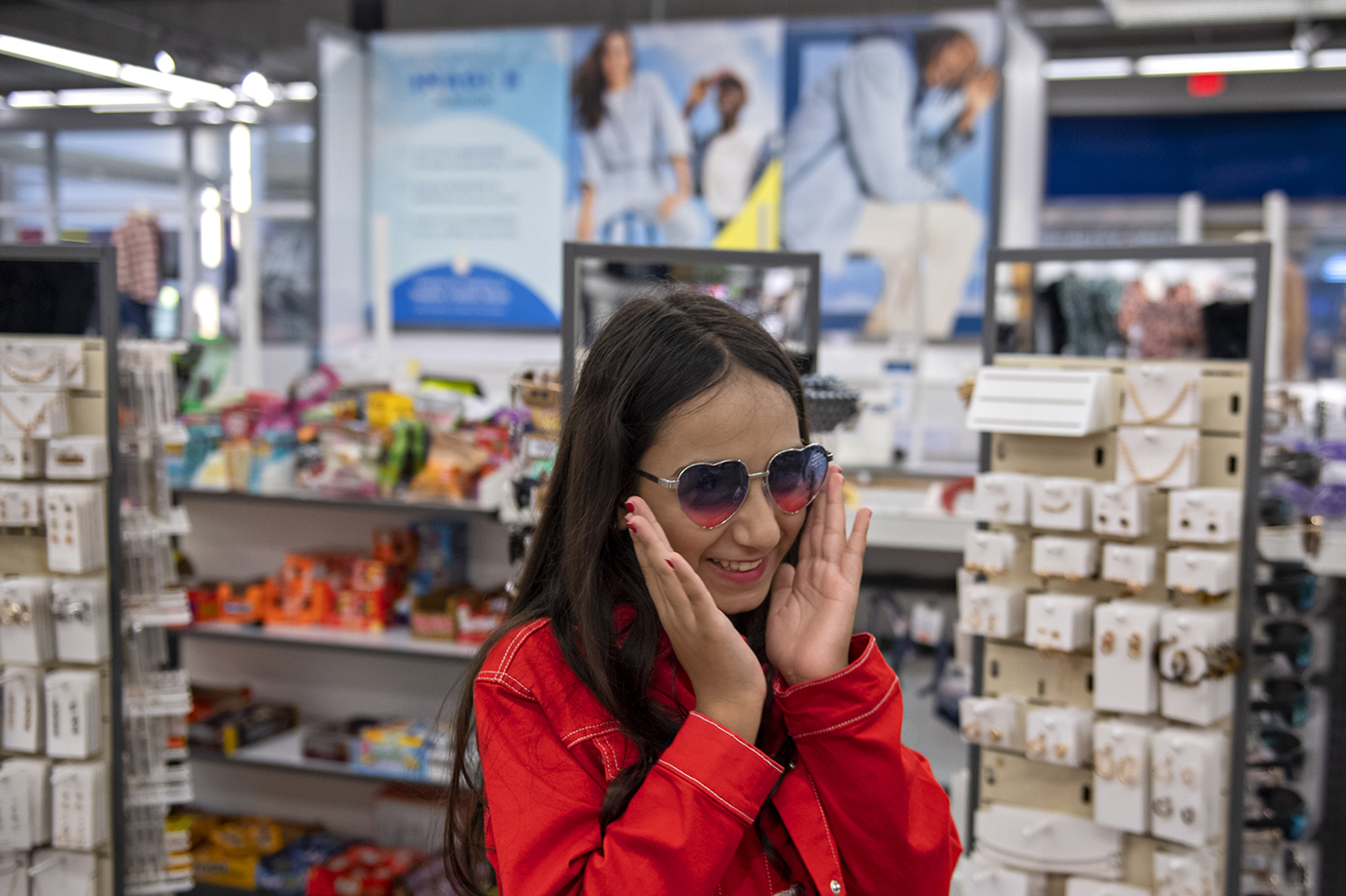 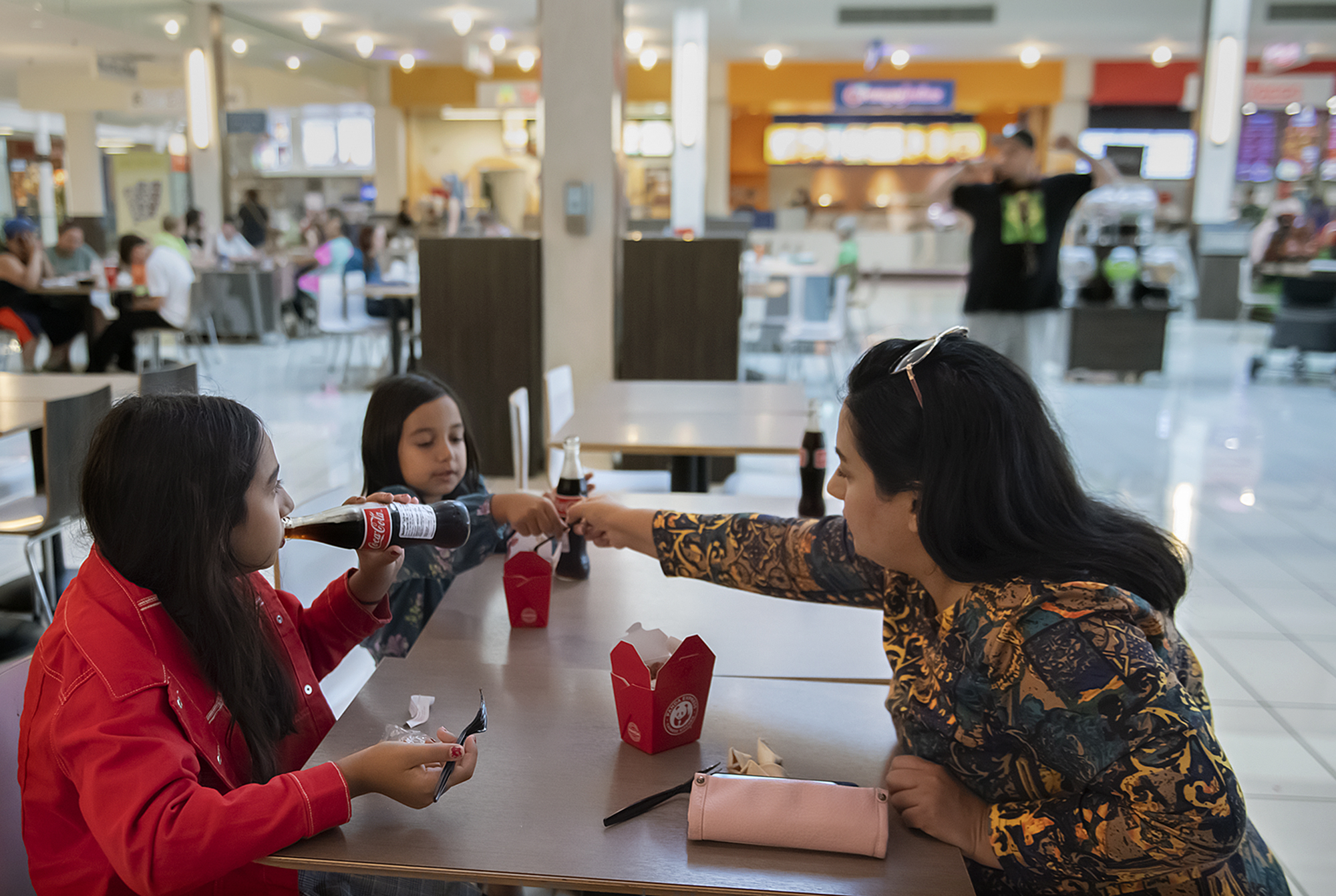 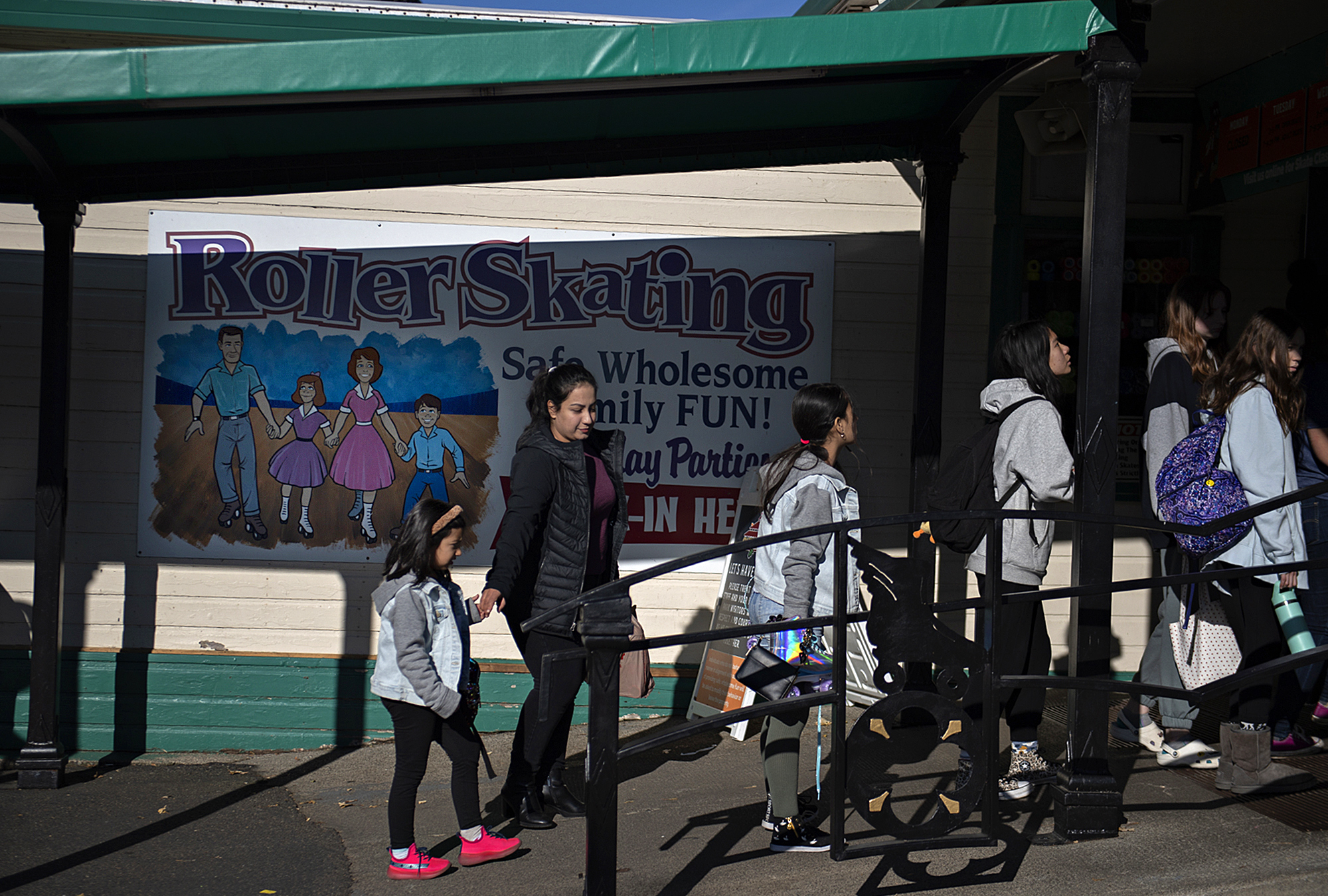 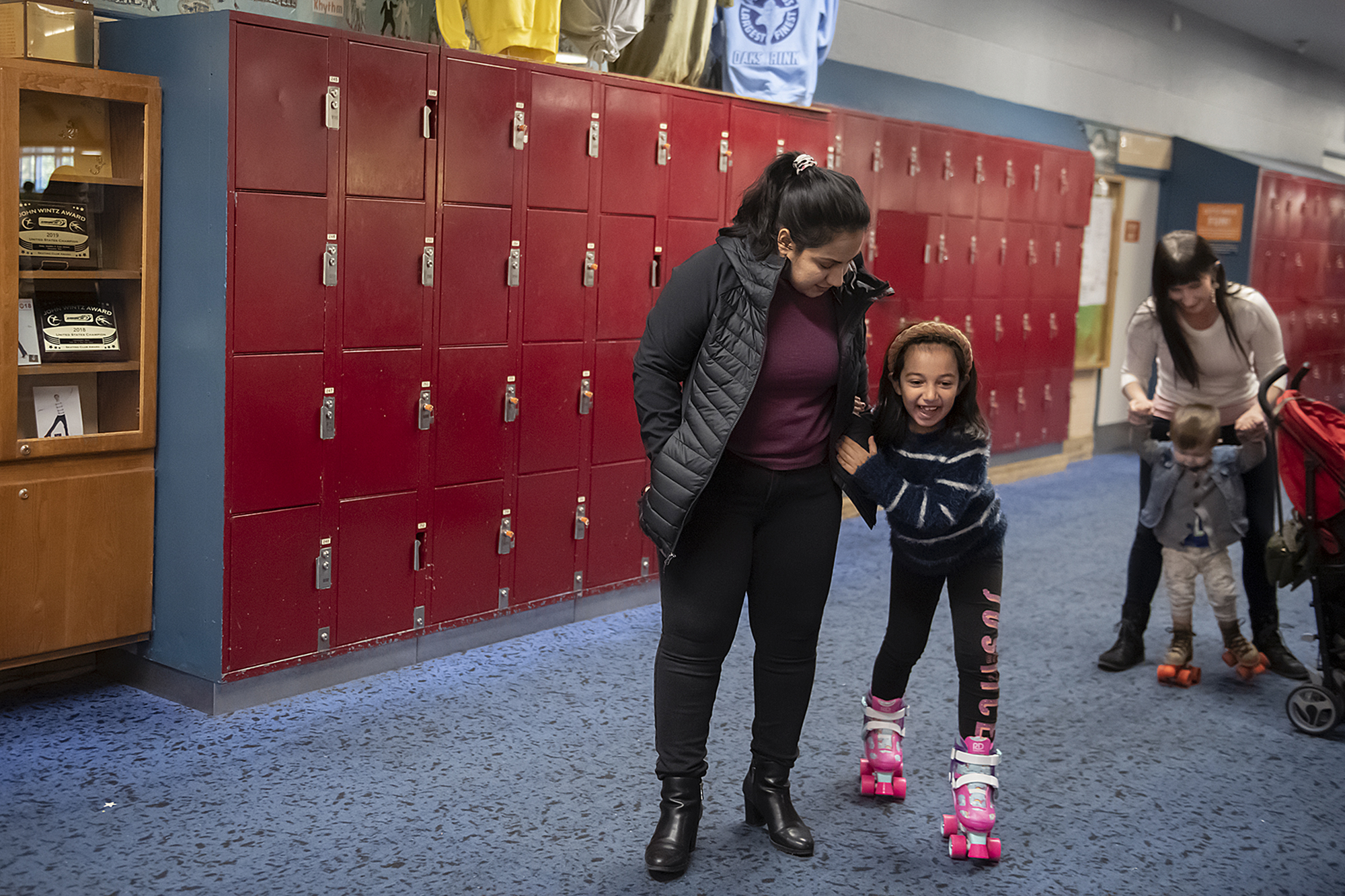 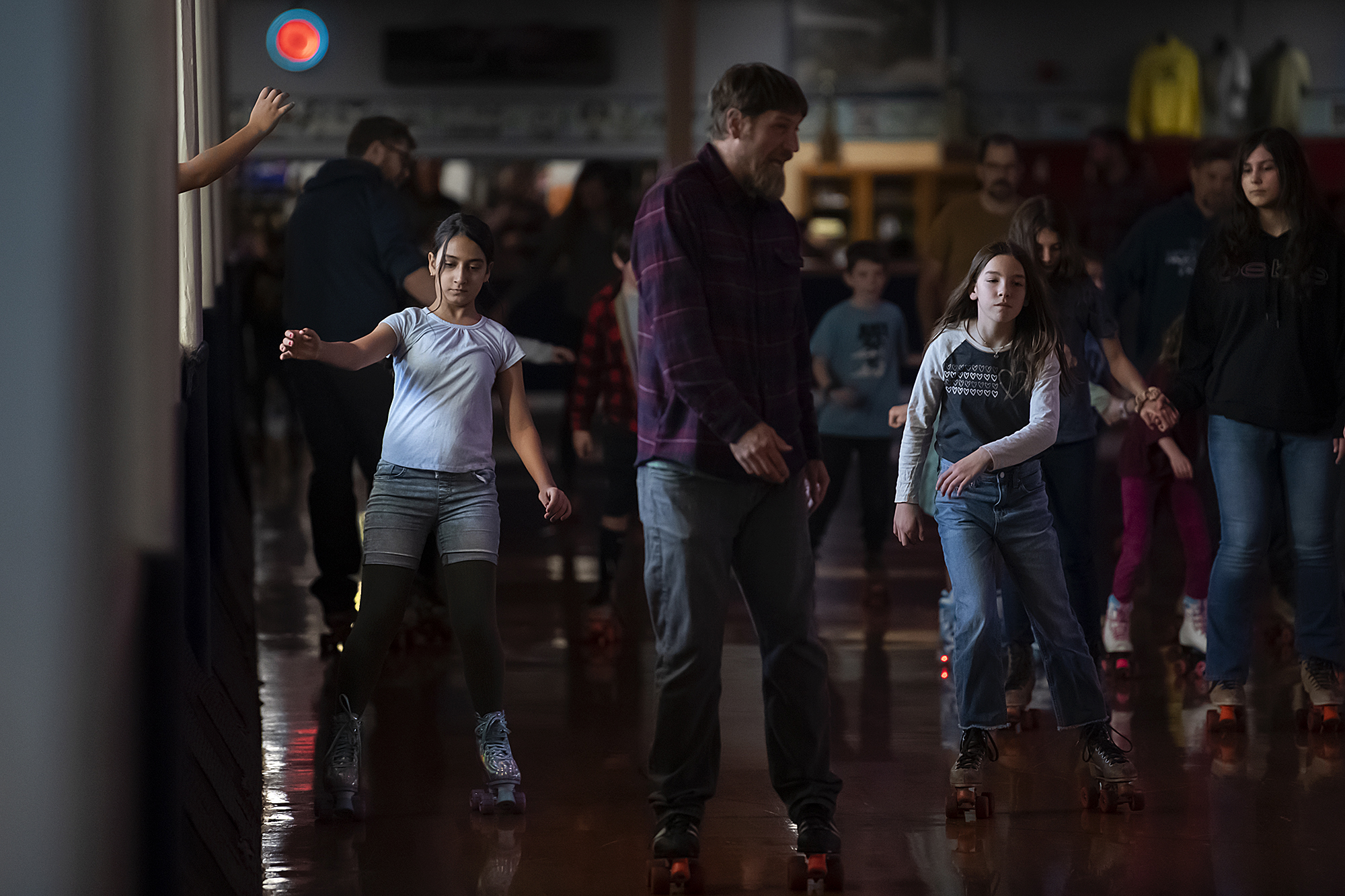 Maryam, her children, her brother and her parents now share a tight Hazel Dell home where they are pursuing a new dream — the American Dream — with remarkable success. All the adults found jobs in the area (although Maryam’s mother didn’t stay at a restaurant job, thanks to her aching back and hands). The children, 11-year-old Marwa and 7-year-old Murwarid, are thriving in public school, where their multilingual skills have helped them make new friends easily.

Meanwhile, Maryam checks the U.S. Customs and Immigration Service website for an update about her asylum case as often as she can stand. If her petition is granted, she and her children can plan for a permanent future here. Jamal, after years of separation, may be able to rejoin his family at last.

If the asylum petition is denied, Maryam has no idea what happens next. 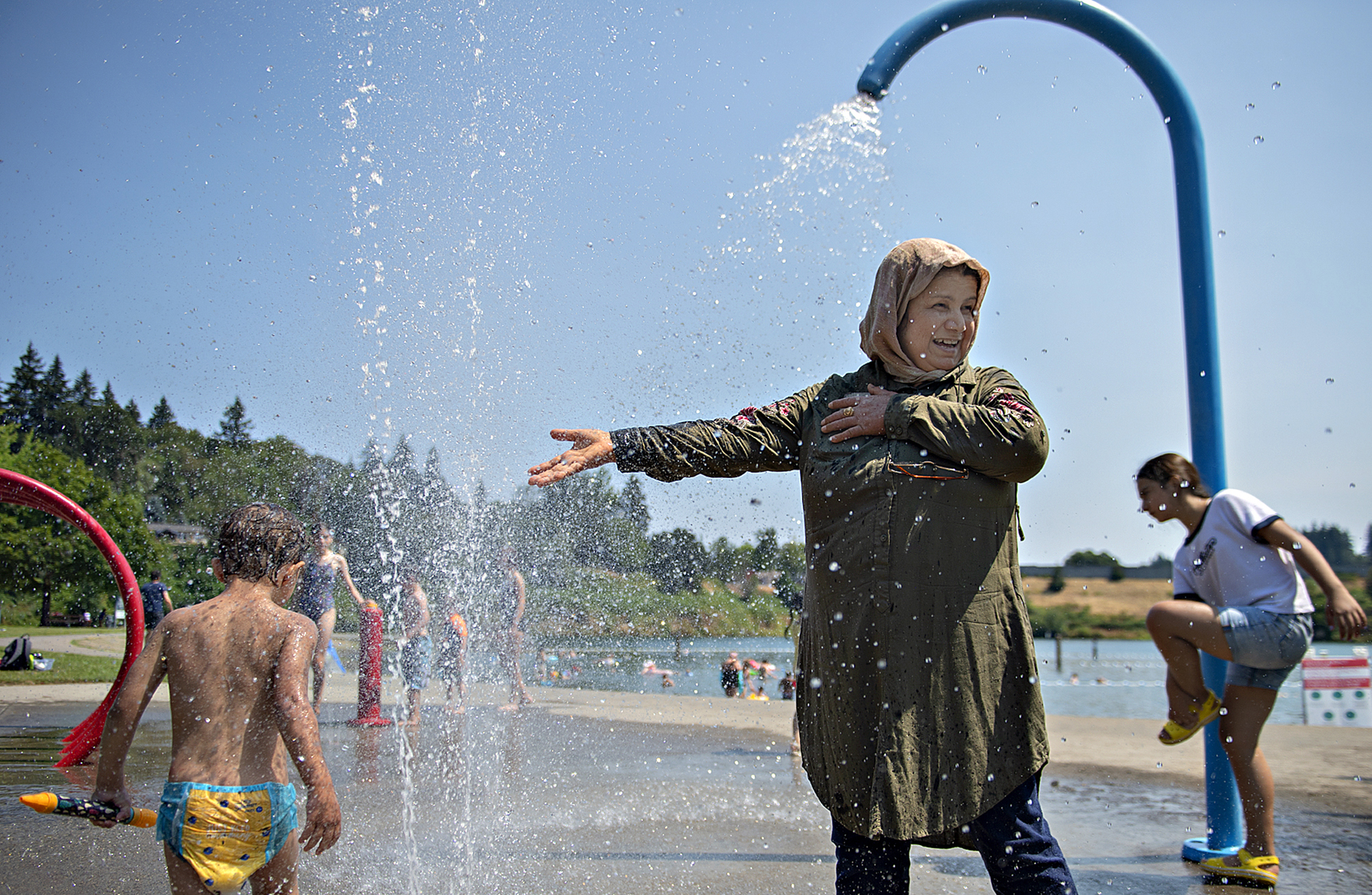 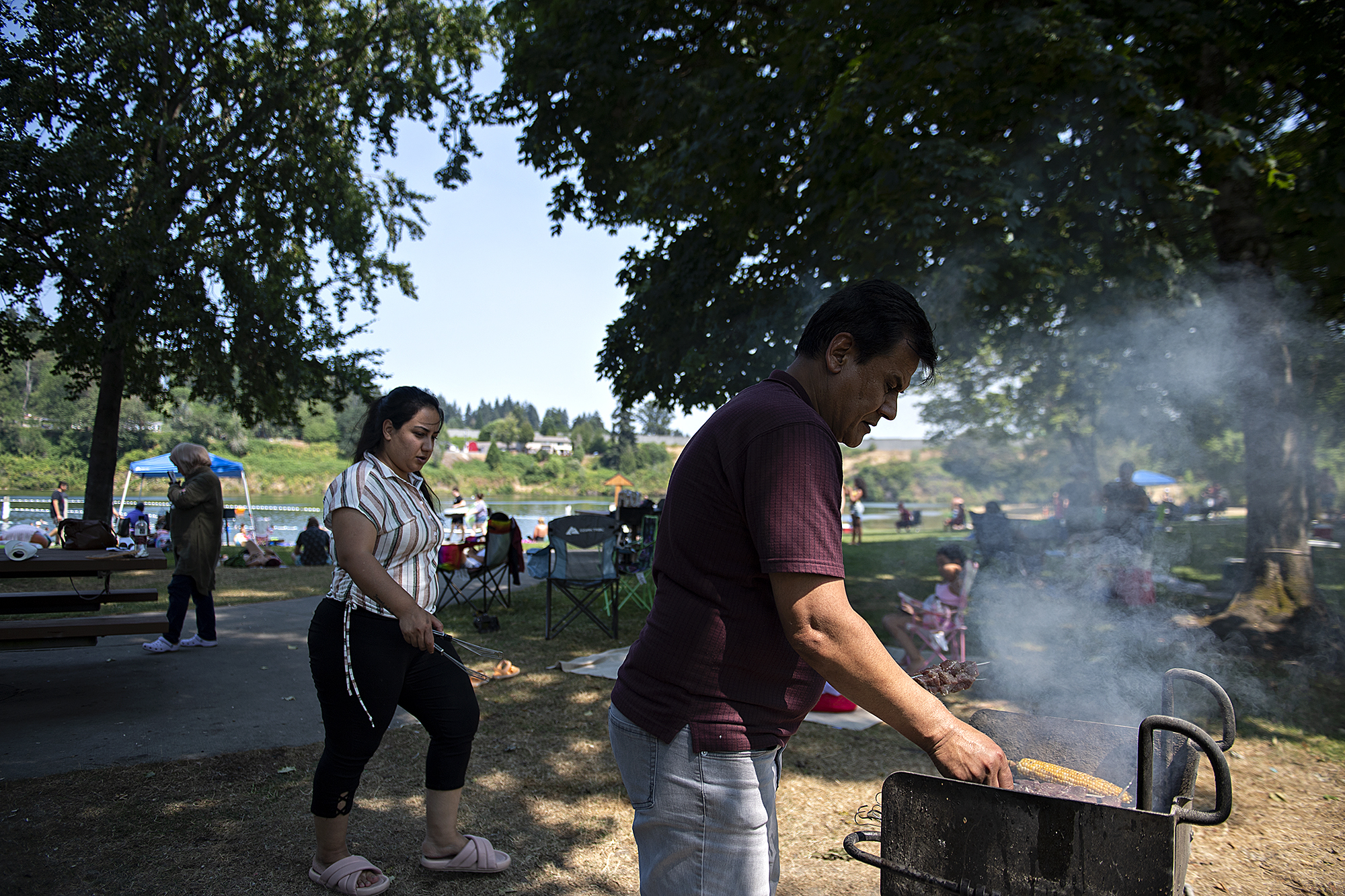 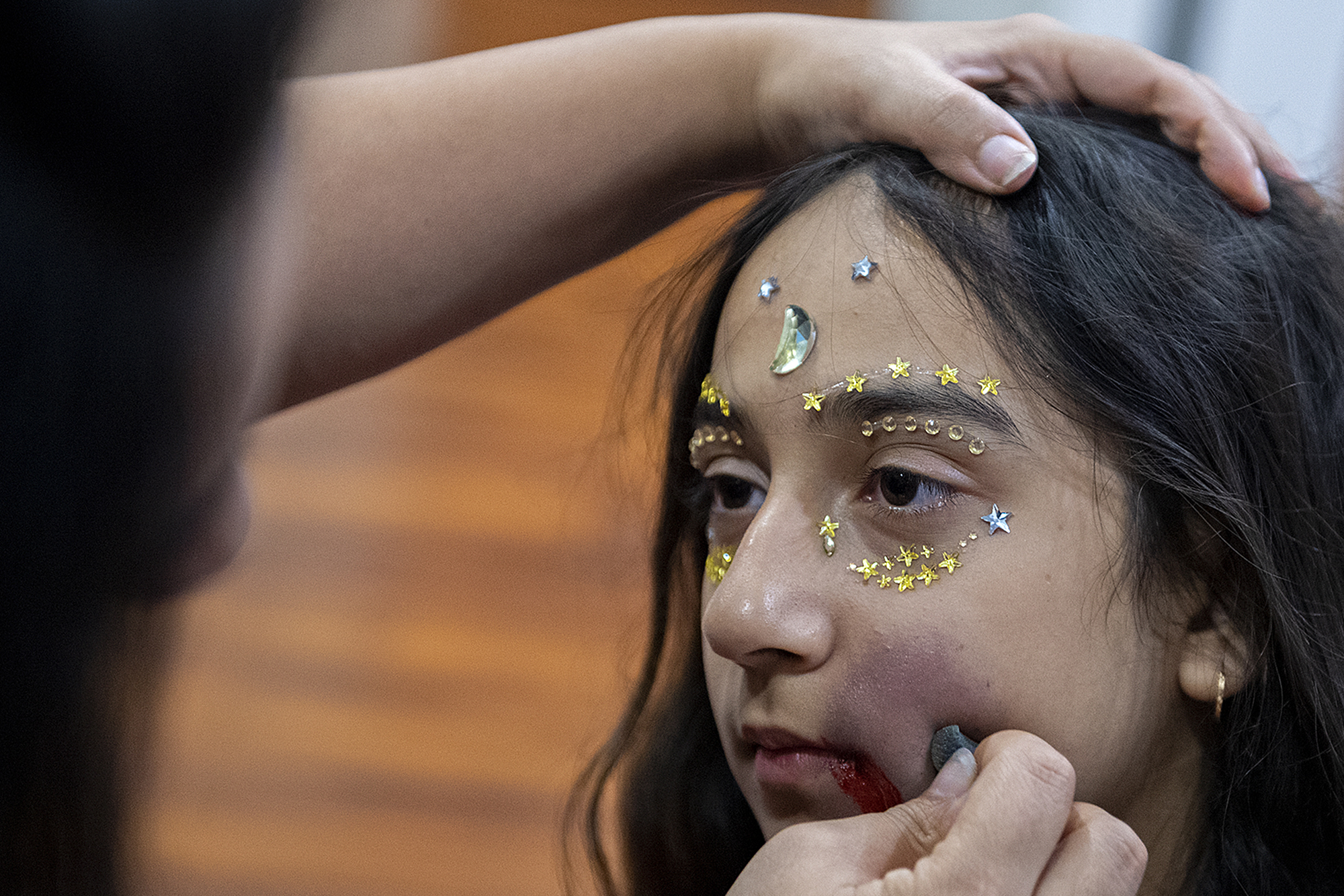 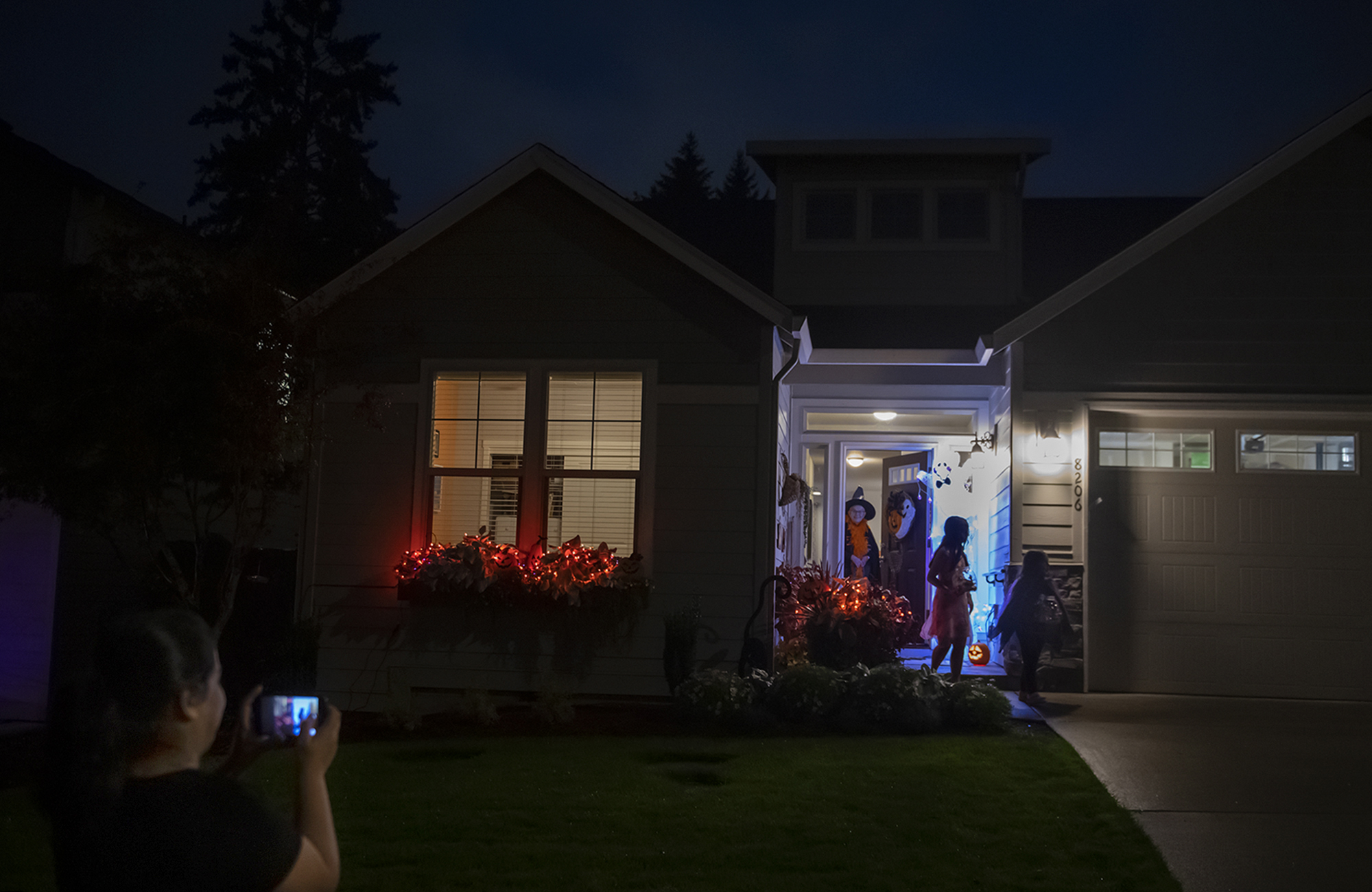 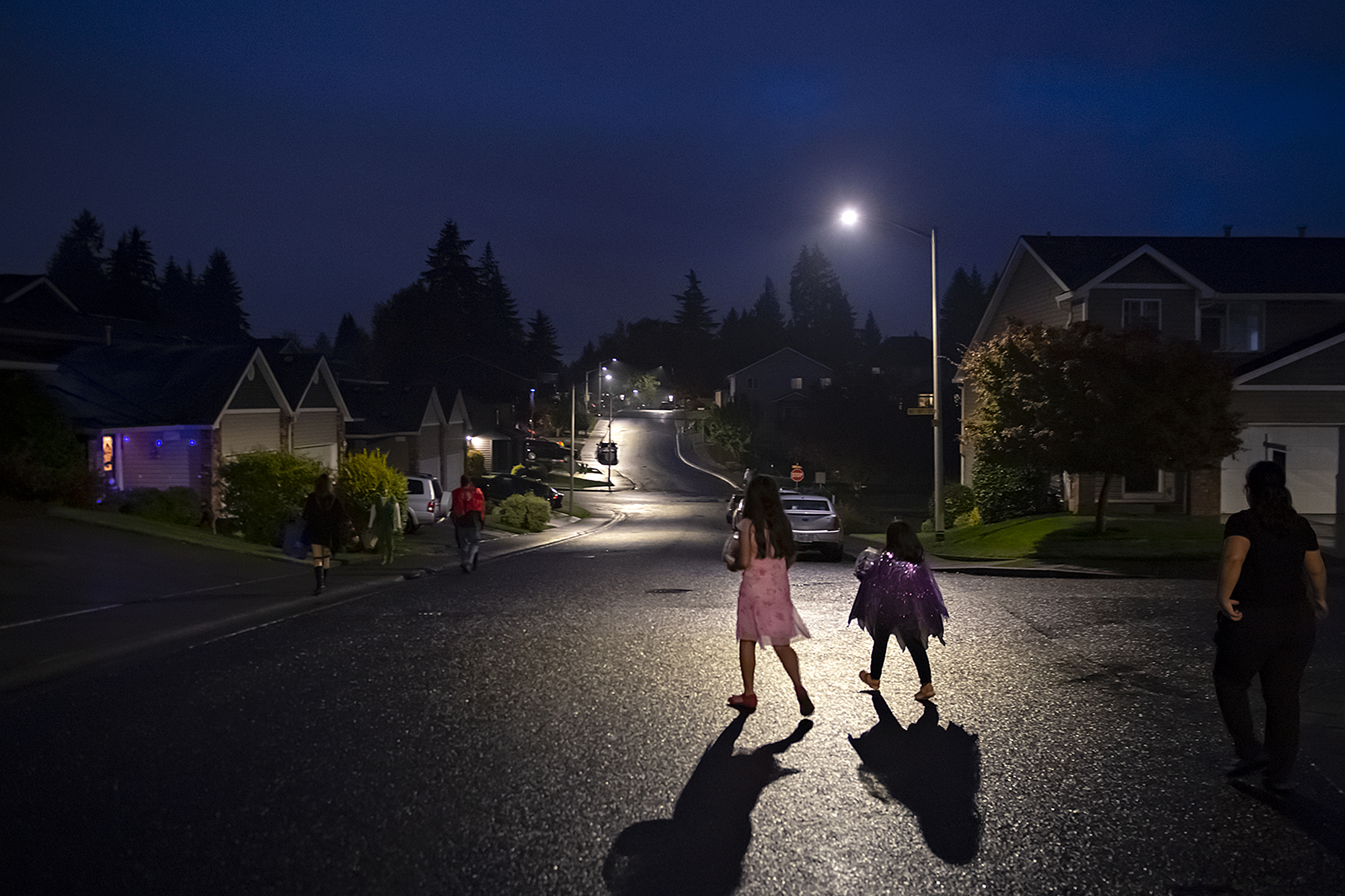 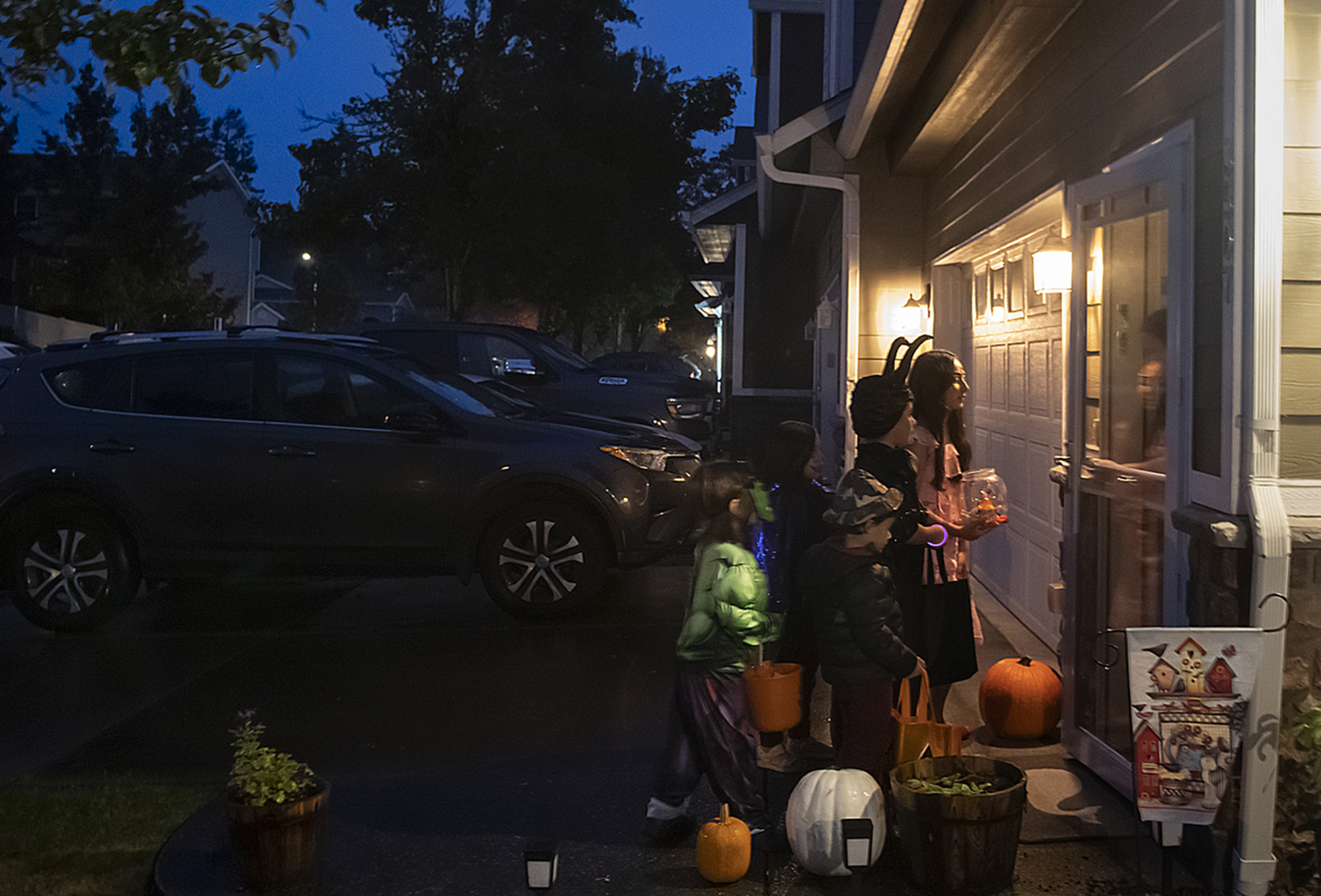 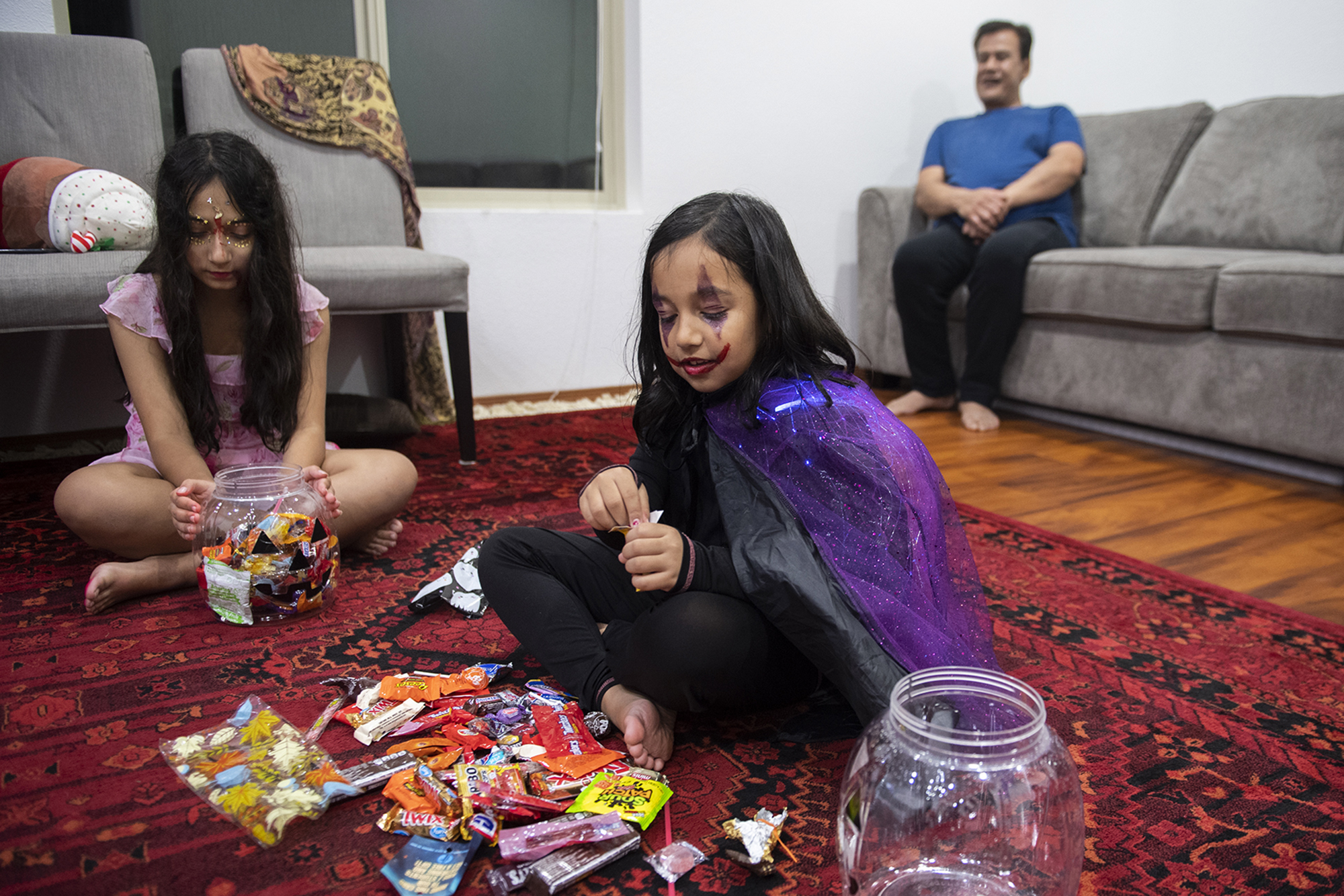 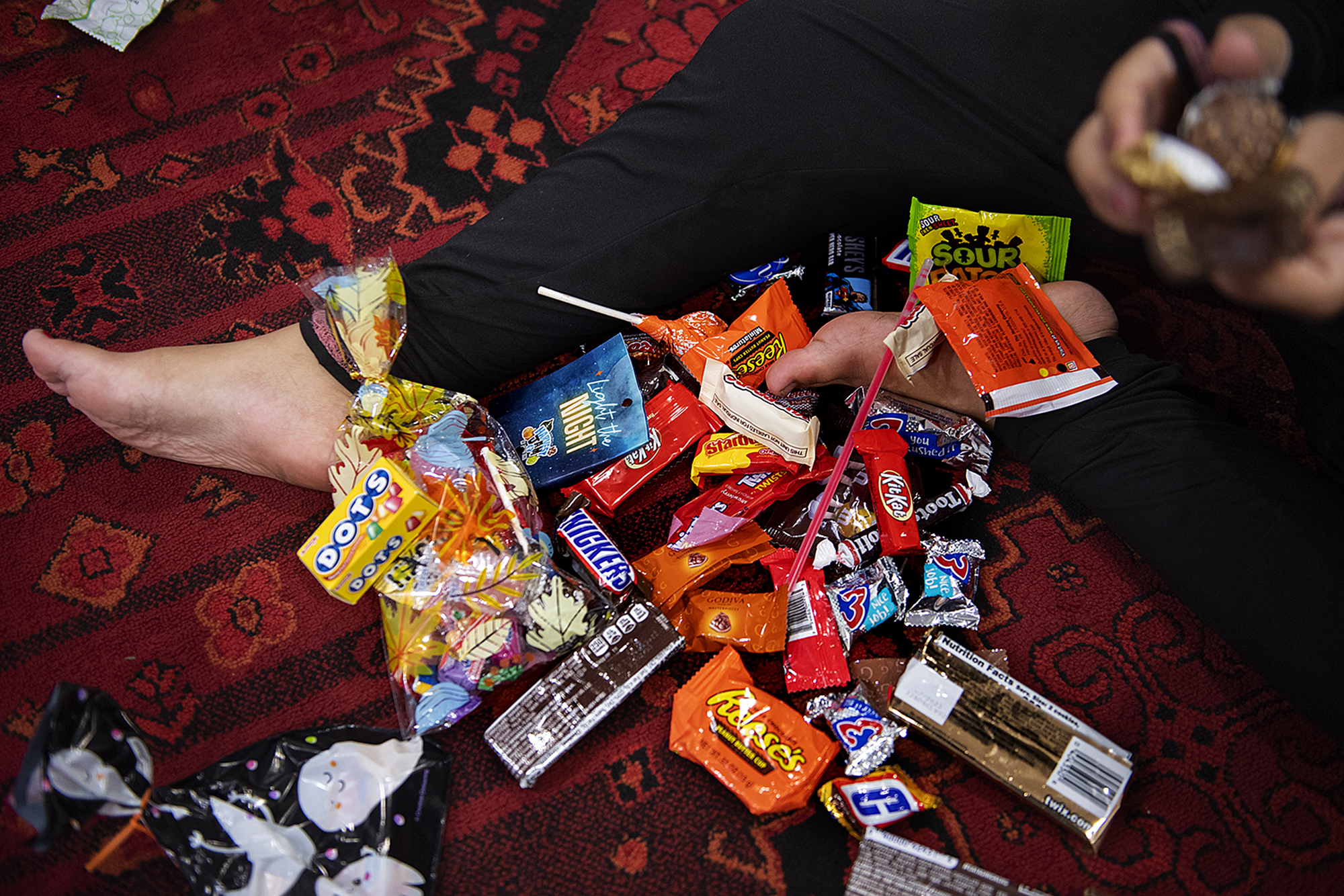 Because their lives were judged to be in immediate danger under the Taliban, a regime notorious for its anti-Western and anti-woman brutality, Maryam and her family were admitted to the U.S. under what’s called “humanitarian parole” status.

That status usually means a two-year stay. Humanitarian parolees who want permanent asylum must apply within one year. Now that Maryam has applied and interviewed, it could still take months to receive an answer, according to Jean, the immigration attorney.

If denied, Maryam’s next step may be to hire a lawyer for even more help, beyond the pro bono services Jean can provide. That’s not something she can easily afford.

Some members of Congress support an entirely different resolution for the ambiguous status of humanitarian parolees like Maryam who are already in the United States. The Afghan Adjustment Act would streamline their path to permanent residency.

That’s how Congress has dealt with past waves of refugees from places like Hungary, China, Cuba, Vietnam and Iraq, according to the Migration Policy Institute. But some Senate Republicans have raised security concerns about Afghans who were hurriedly evacuated to the U.S. last year. A previous version of the Afghan Adjustment Act languished in Congress.

A new, bipartisan draft of the bill introduced in August may have the support it needs to become law, according to Danilo Zak, a policy expert with the National Immigration Forum, an immigrant-advocacy group.

“It contains very robust security provisions,” Zak said. “The challenge is, there is limited time left.”

Now past the one-year anniversary of their arrival in Clark County, Maryam and her family have settled into their routines. For Maryam, that includes her job serving the rising tide of fellow refugees now pouring into this region.

Most mornings, she drops her children at school and heads for the Partners in Careers office in Vancouver’s Minnehaha neighborhood. Maryam interviews frightened refugees looking to rebuild their lives in this community. As an employment specialist, her role is to help refugees plug into local services providing food, housing vouchers, cash assistance, education and job opportunities.

Maryam said she relies heavily on her phone’s Google Translate app. While a few refugees are still trickling in from Afghanistan and Central American nations, the vast majority are from war-torn Ukraine, she said.

“I do the intake interviews and I make a file, but they have a lot of questions and I don’t know all the answers,” she said. 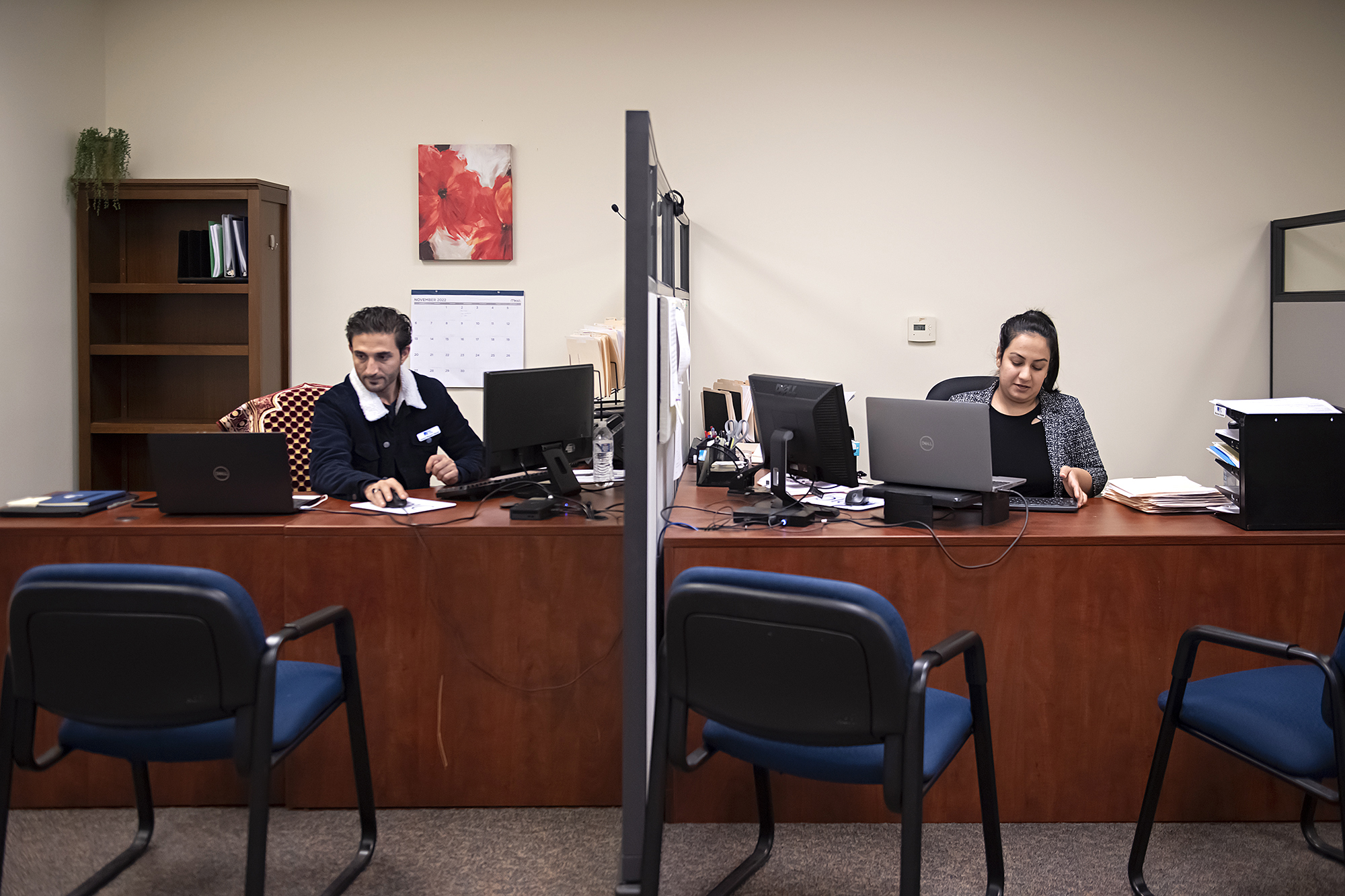 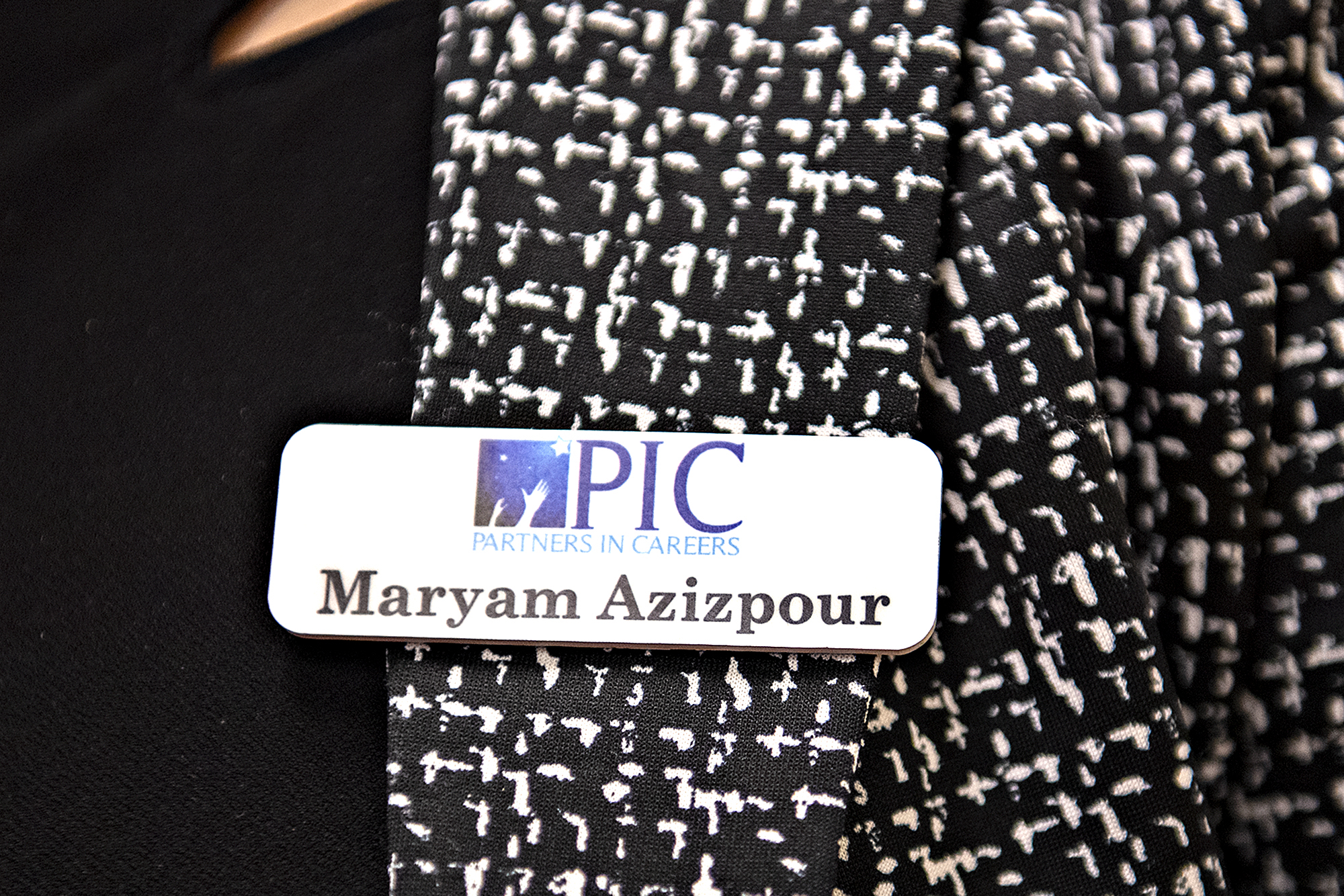 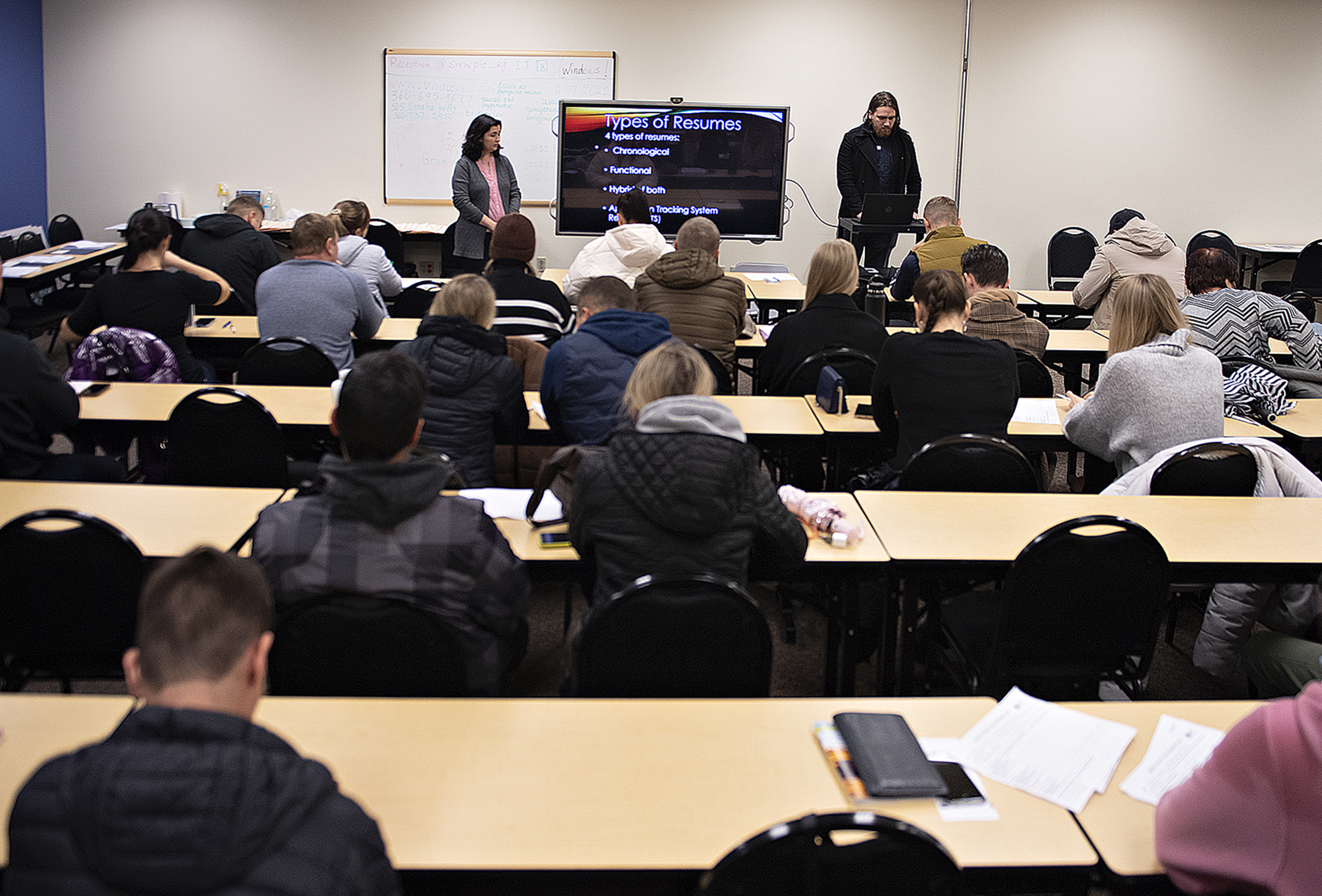 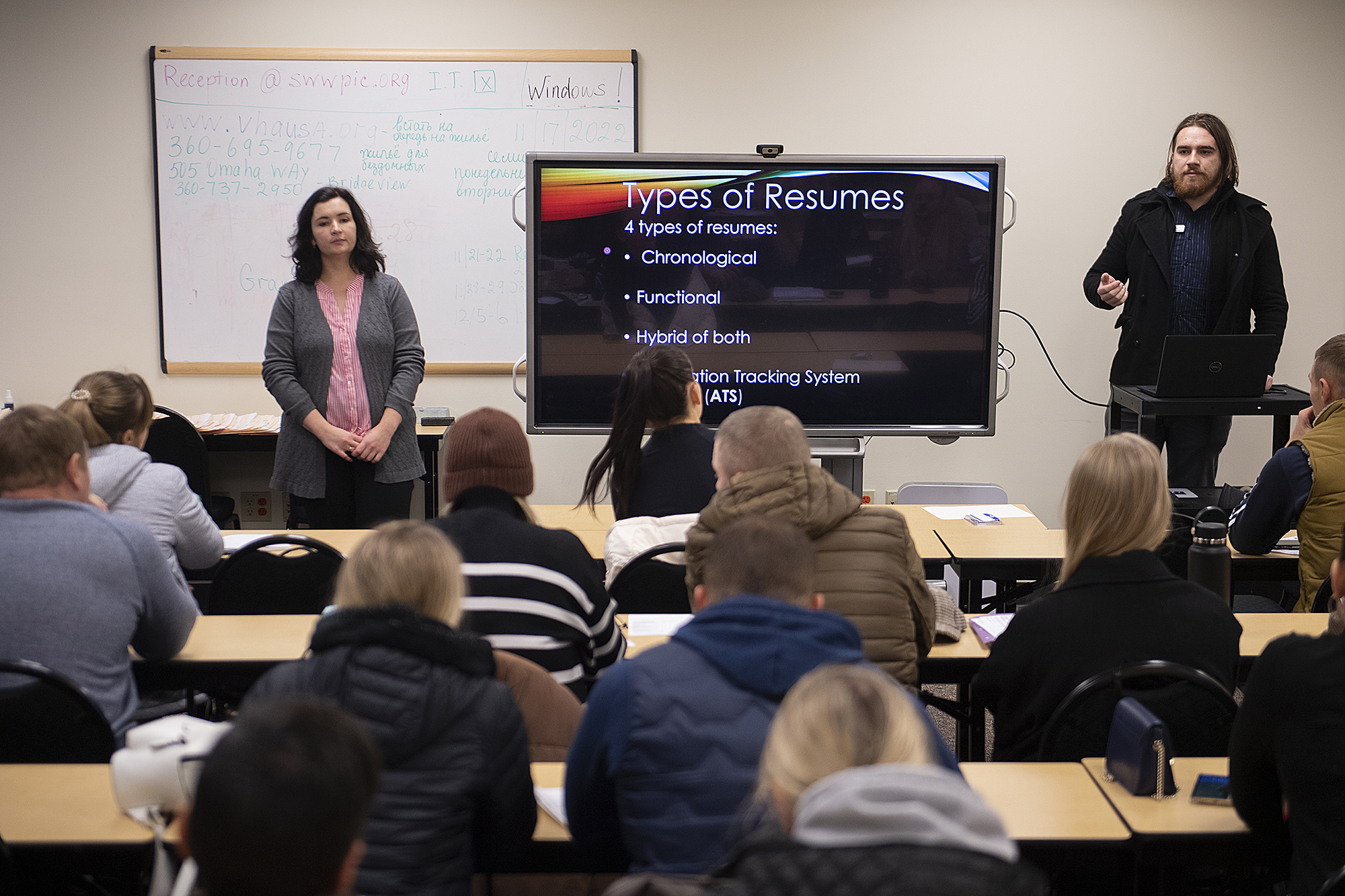 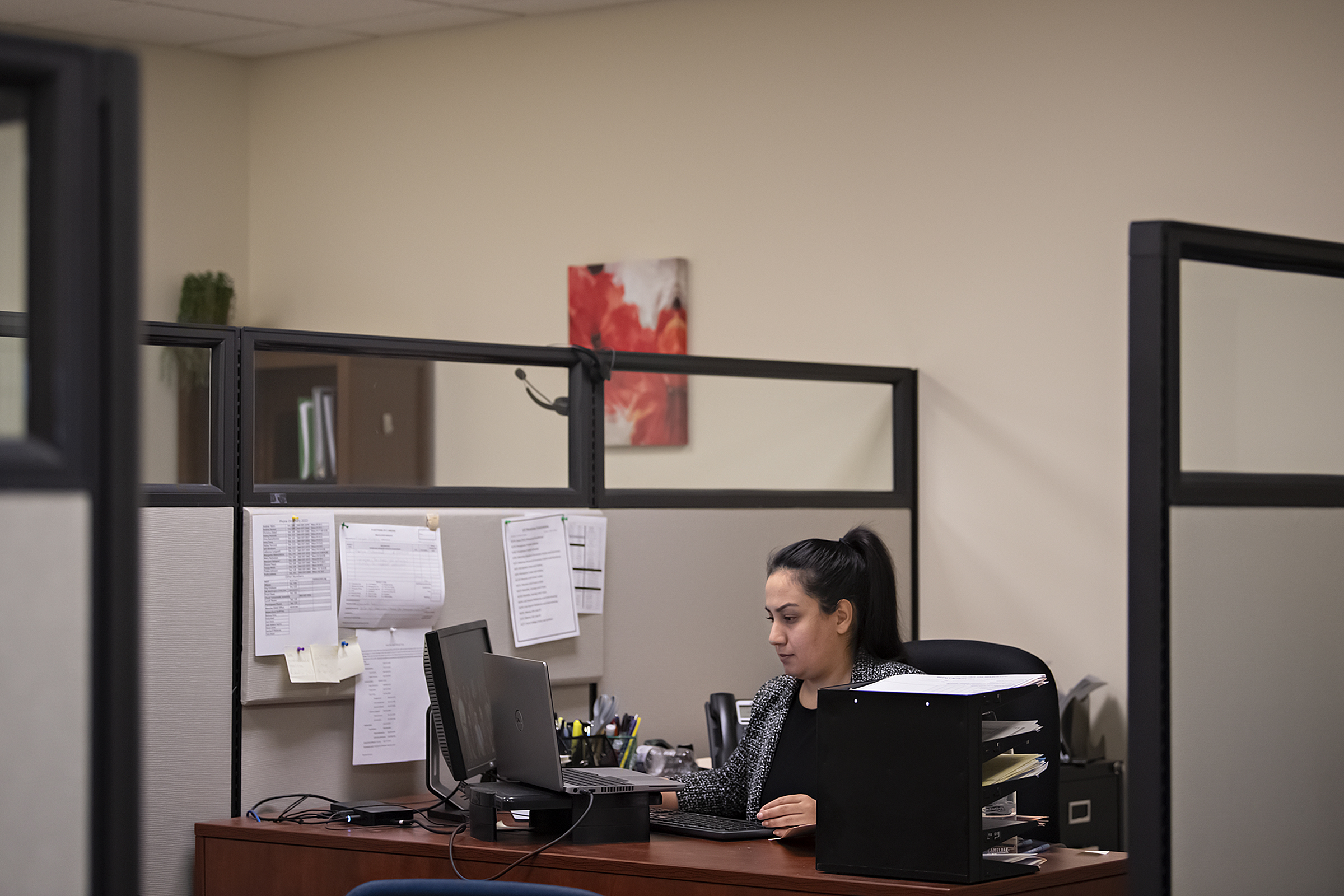 Maryam shares an office with other multilingual employment specialists whose stories echo hers. Irina Ksenofontov, a former refugee and seamstress from Russia, has worked at Partners in Careers for 25 years. Oleksandra Cheban, who goes by Sasha, is a Ukrainian refugee and former university professor who arrived in the U.S. in April. Abdul Wajed Ahadi is another recent refugee from Afghanistan.

Partners in Careers keeps adding staff to help more refugees, said Christine Zabel, the agency’s associate director. The refugee workload at the agency has more than quadrupled in recent months. It leapt from about 200 refugees in a typical year to 950 and climbing, just halfway through this July-to-June fiscal year.

Partners in Careers offers ongoing, weekly orientation sessions about American life and work that are translated into Ukrainian. These classes begin with basics that are second nature to most of us — like the difference between a street and an avenue — and build up to job-seeking strategies and worker protections.

Of the many things that have surprised Maryam about life in the U.S., the angry down-with-Trump sign in her neighborhood startles her most.

“If you say something like that (in Afghanistan) … they cut your throat at night,” Maryam said. “Here, people are allowed to say whatever they want. Without any fear.”

“I don’t agree with disrespect,” said Maryam, whose life has been shaped by intolerance and violence.

She said she follows the news from Afghanistan carefully and finds no end to the heartbreak there.

“It gets worse day by day. The economic level is very bad,” she said. “You can leave only if you have money to leave.”

As recently as Sept. 30, an attack on a school in Kabul left 53 students dead, most of them young women. Such horrors have forced Maryam’s female friends who are still in Afghanistan to abandon education. Maryam said they have no choice now but to stay indoors and avoid trouble.

All of which is why she and her family cannot imagine returning to Afghanistan.

by William Seekamp
Next Life

Top photos of 2022: Reaching for normalcy