Class of 2021: Six feet of separation

The Class of 2021 never had a single day of normalcy this school year. They were masked, socially distanced and steeped in the COVID-19 pandemic. Yet among the challenges, they proved resourceful and resilient, reflecting sacrifice and strength.

Over the past several weeks, The Columbian got to know six graduates across Clark County who represent “6 feet of separation” — accomplishments or deeds which set them apart during an educational year like no other.

Ailani Baldwin jokes that she accidentally got into politics, but she is serious about her attendance at a virtual event with the current presidential administration. That includes meeting President Joe Biden and Dr. Anthony Fauci virtually.

“That was so exciting,” Baldwin said. “If it was in-person, that would have been 10 times more amazing.”

At 17, fighting for change is what Baldwin does best. She plans to make a career in public service and can’t envision doing anything other than advocating for educational equity for low-income students of color.

The pandemic never slowed her efforts. She co-launched Henrietta Lacks Health and Bioscience High School’s Students of Color Union and worked with school districts to address systemic racism in education. She does legislative work on the Washington State Legislative Youth Advisory Council, and in February, she was selected to represent Washington at the 59th annual United States Youth Senate Program.

Ailani Baldwin reflects on her senior year in high school

Baldwin is a first-generation Asian American Pacific Islander who never shied from big dreams and lofty goals while at one point sharing a one-bedroom apartment with 10 family members. Baldwin’s dream of public service is a career-calling, and her reality is just beginning.

“It’s giving me peace,” Baldwin said, “and it’s giving me hope that someday, I can be in a position where there is a seat at the table for me and I can make a difference in the community that has brought so much hope and support to me, and I can make that a better place.”

She plans to be the first in her family to graduate from college, and she said part of her goal in fighting for change starts with her own experiences in education as a student of color.

In four years of high school, Kian Langlois attended three schools in two states. Returning to Vancouver and to Hudson’s Bay High School is when Langlois also found their self-identity.

Langlois is nonbinary masculine aligned. Born Kaylee, they’ve used multiple first names before finding what fits. Kian represents Kian, they said, but all their prior names also show who Langlois is: someone who openly shares their struggles with mental health, gender dysphoria and an advocate for LGBTQ issues.

“It’s who walked with me on my journey to who I am today,” they said.

Langlois returned to Vancouver from Southern California last summer and re-enrolled at Bay for the first time since sophomore year. Still several credits shy of graduating due to failed classes in ninth grade, Langlois made earning a high school diploma on time in a pandemic-riddled school year their top priority.

“I need this for me,” they said. “I want to graduate for me. I want a future. I want to do stuff, and I want to be able to succeed.”

They went to work through online credit recovery. Weeks later, however, came devastation. Langlois and their family lost their home to a fire. Severe smoke damage made the home uninhabitable, but Langlois’ determination for school didn’t quit. They said they’ve been on “auto-pilot” since the fire, but also realized it’s a small bump in what’s been a winding road toward graduation.

And a winding road finding their self-identity. In the fall, Langlois plans to enroll at Clark College as well a cosmetology program, and begin their transition journey.

“This is just me becoming more comfortable in who I am as a person, and it’s just taking me one step further,” they said.

No student spent more time inside Battle Ground High School this school year than Olivia Ledbury. She chose to be there for 250 extra hours over eight months to help struggling classmates while taking a full load of Advanced Placement courses.

In the autumn’s remote-only instruction, Ledbury spearheaded a student-led peer-tutoring program available to all Battle Ground students. She recruited classmates from the National Honor Society to help students needing an extra boost. The program served as many as 60 students a day through various volunteer shifts. Ledbury saw the importance of students needing a one-on-one connection and a space to focus on school.

“If there’s one thing we all recognized, it’s a lot easier to do your work when you’re not in your bed,” Ledbury said.

Olivia Ledbury reflects on her senior year in high school

In March 2020, when schools first shut down because of COVID-19 concerns, Ledbury first noticed once-dedicated and motivated classmates becoming disengaged and discouraged.

So she went to work. She met with school administrators and grew as a leader. Self-doubt turned into courage, and that courage led to success for others. The program shifted to twice-per-week after-school tutoring once the school went to full-time in-person instruction.

“I wanted to make a change,” Ledbury said. “This needed to be done. And there’s a certain level of confidence you gain when failure isn’t an option — because if I didn’t succeed at this, this wouldn’t have happened.”

She’ll head to Stanford University this fall to study psychology with future plans to attend medical school. And ready to tackle whatever new challenge arises.

“This program means so much to me,” she said. “I learned a lot about how to delegate tasks, how to relinquish that control, especially when it’s something that is so near and dear to you like this.

“I would never think that this was something I would be doing, but when you’re faced with a challenge and the only choice is to do it, you kind of end up doing it.”

Digging into computer science — from app building and artificial intelligence projects to coding and virtual reality — is a challenge Michelle Li can’t get enough of.

“I’m just excited for that problem-solving process,” Li said. “Having that yearning and curiosity for what I could be learning and just how broad computer science is is what keeps pushing me to explore and see how far I can go.”

She hopes her biggest problem to solve is resolved sooner rather than later: closing the gender gap in computer science professions. Women earn just 18 percent of computer science bachelor’s degrees, according to computerscience.org.

Li is doing her part to change that. She’s an advocate for STEM and technology education access for all students, and she understands the need for more women to be in a professional field dominated by men. She’ll major in computer science at California Institute of Technology in the fall.

“The point of view that girls have and the issues that we can help solve, it brings our ideas to the table,” Li said. “And I think that’s really important to have our voice impact the world.”

Li spent much of her pre-high school years bouncing between the United States, Canada and China. Once enrolled at CAM Academy in ninth grade, her passion for computer science took off. She continues to self-explore through internships and immersion programs, and she gives back as a volunteer and mentor with clubs and organizations that promote science, technology, engineering and math education. She’s also the school’s student body president and class valedictorian who worked to connect the small Battle Ground school virtually when distance learning dominated much of the school year.

No small feat, but neither are Li’s goals. Up next, she said, is a possible invention to “help the world in some way,” while continuing to be a lifelong teacher and advocate for the next generation of girls in computer science.

“I want to bring more of that diversity and thought process into computer science,” Li said.

“It feels good,” Lopez Padilla said. “I feel so happy because I chose something for my family.”

Eight years ago, Lopez Padilla, his mother and siblings emigrated to the United States from Honduras in search of better opportunities. Once in Vancouver, he learned English, found joy in school, and helped support his family’s landscaping business. At Skyview High School, Lopez Padilla was part of an alternative program through the district’s Lieser Campus that allowed him to focus on one or two classes at a time.

He was on track to graduate in 2019 when Lopez Padilla got picked up by immigration officials and sent to the Northwest Detention Center in Tacoma after doing what he called “bad things” — spraying graffiti. He spent 18 months in what he called “lockdown” with no educational opportunities; instead, he found religion and a new creative artistic side by making paper swans using honey.

During that time, COVID-19 hit. He was tested often, and was scared not only to be in a confined facility with a pandemic raging, but also questioning if he’d be deported to Honduras because of his immigration status.

He wasn’t. Once released to his family in January, he contacted Skyview to re-enroll and finish the remaining credits needed to earn a diploma. At age 20, Lopez Padilla is the second in his family to graduate high school.

He gives thanks to his family and the teachers at Skyview because “they helped me keep going,” he said. Lopez Padilla wants to set an example for his younger siblings by showing them it’s important to finish what you start, and also extending that example to others.

“I know I am not perfect,” Lopez Padilla said. “But for some people like me who are doing bad things and stop going to school, I want to tell them to keep going because that’s important.”

Cars have — and always will be — a lifelong hobby for Tristan Shindell. He’s owned seven vehicles, but “Lilah” — a 1991 Mazda Miata he purchased in January — could also be considered a high school graduation gift to himself.

“I used to idolize all these cars, and now I’m driving cars that are idolized,” the Woodland resident said.

That’s because Shindell graduated from Woodland High School ahead of schedule and joined the workforce during the COVID-19 pandemic, earning a full-time job at Dick Hannah Dealerships. Shindell graduated in January, a full semester earlier than his peers in the Class of 2021.

“I got really lucky,” Shindell said about earning an early diploma. “There’s just a lot of dedication and work.”

Shindell is one of the success stories of Woodland’s Positive Academic Support System program, which pairs struggling high school students with a staff mentor. Early in the school year, Shindell and other students deemed academically at-risk got in-person assistance with their remote-only instruction and services. Shindell spent as much as three hours a day at Woodland getting caught up — and even ahead — thanks to staffer Cyndy Grayson.

His motivation toward school work turned for the better.

“It helped, because you have that benefit of having a one-on-one teacher,” Shindell said. “And she was there to help me through anything that I needed to be helped with.”

Shindell doesn’t shy away from the academic struggles that plagued him since ninth grade. He was placed on an Individualized Education Plan freshman year and went from questioning if he’d graduate high school to being a high school graduate five months ahead of schedule. He’ll take the day off work to participate in Woodland’s graduation ceremony June 11.

“I think it’s going to be really good, kind of sad, but a new chapter,” he said. 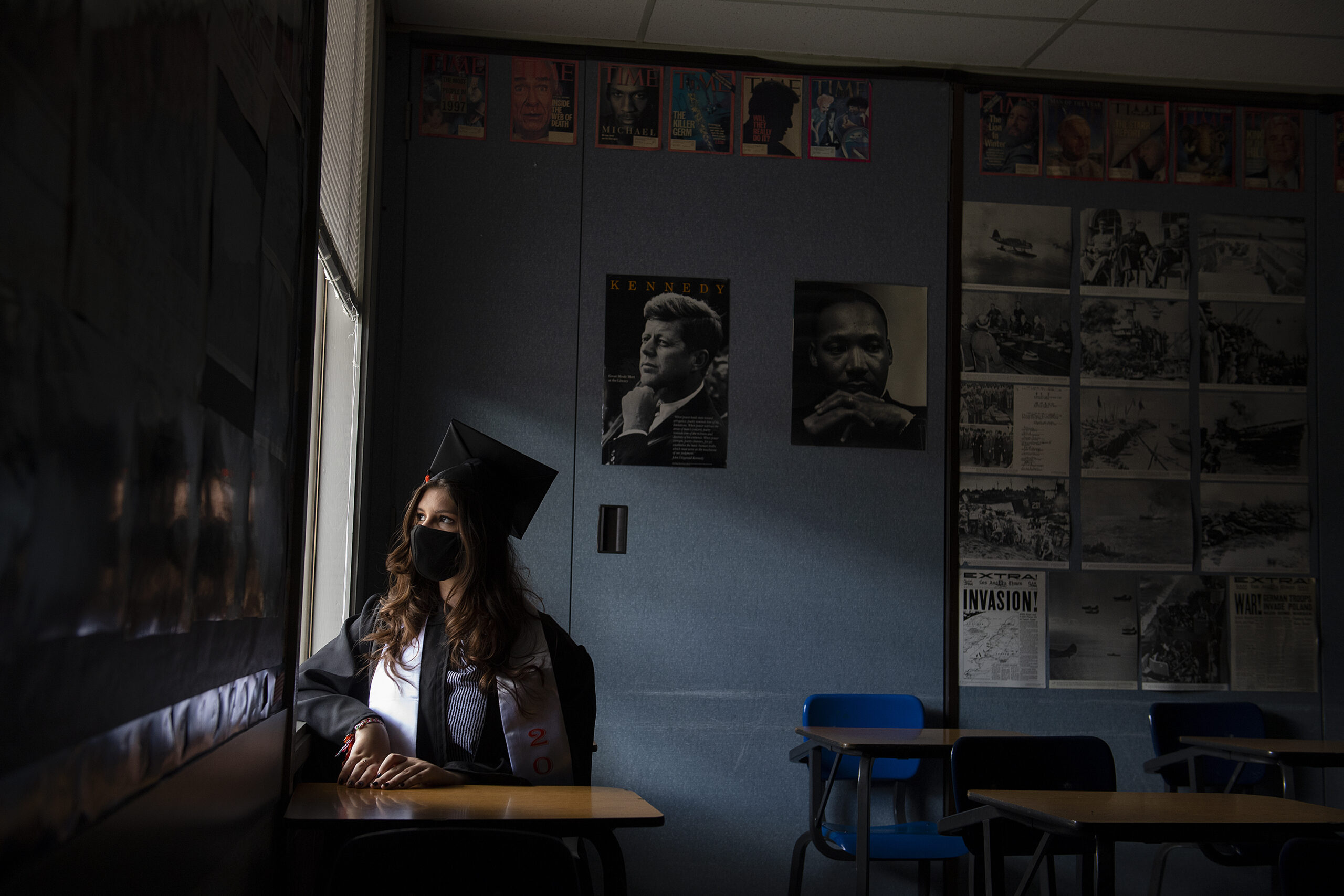 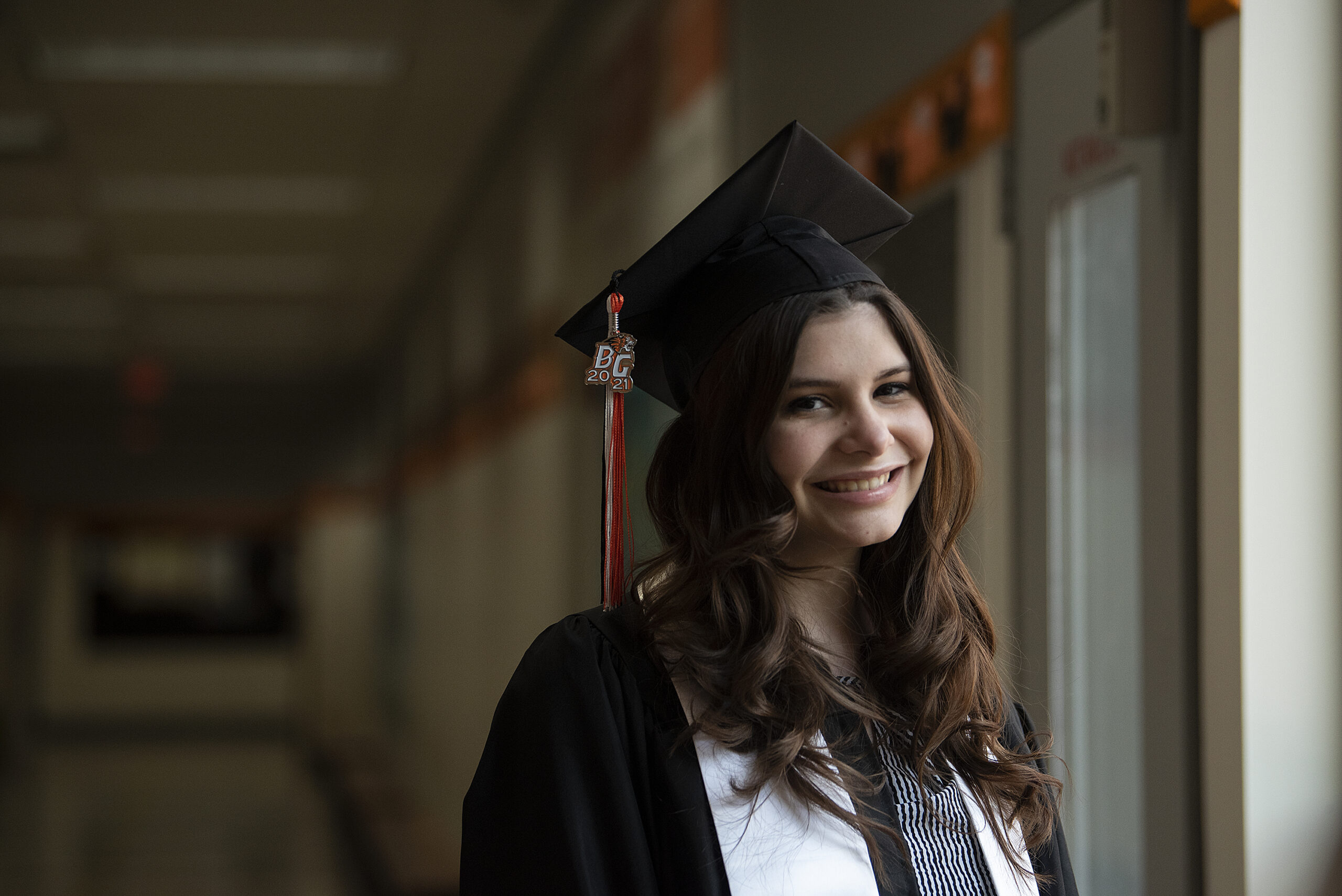 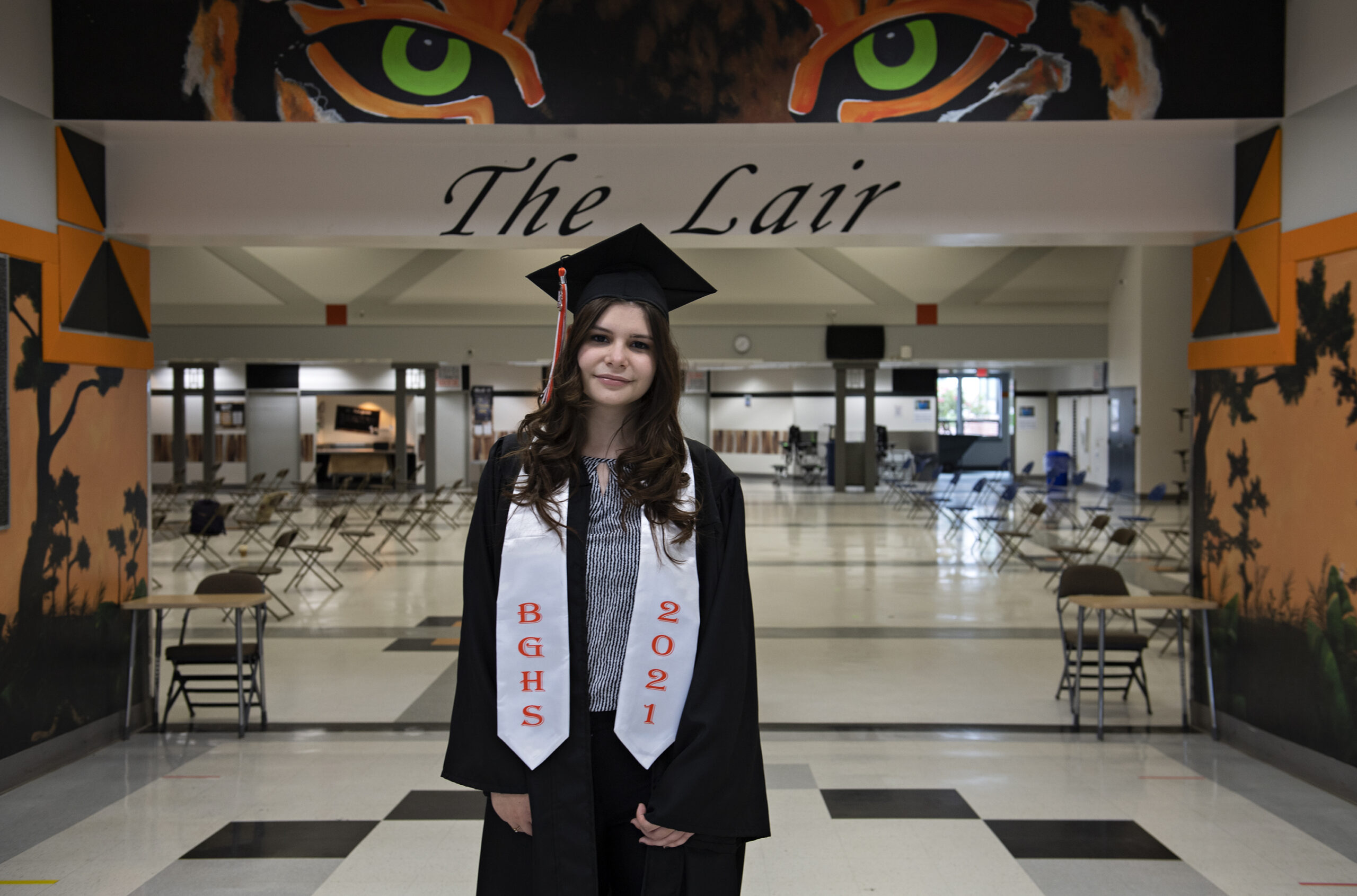 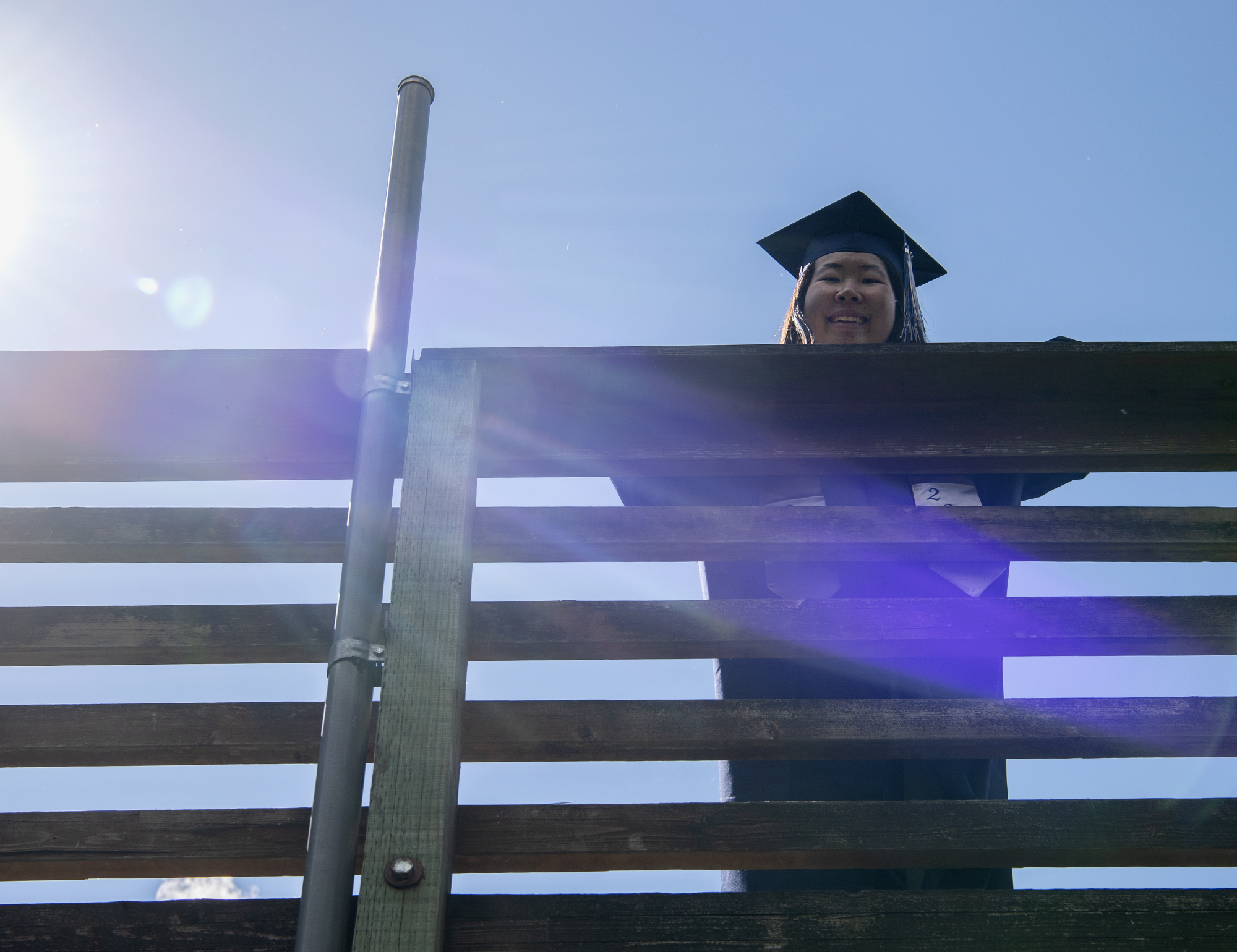 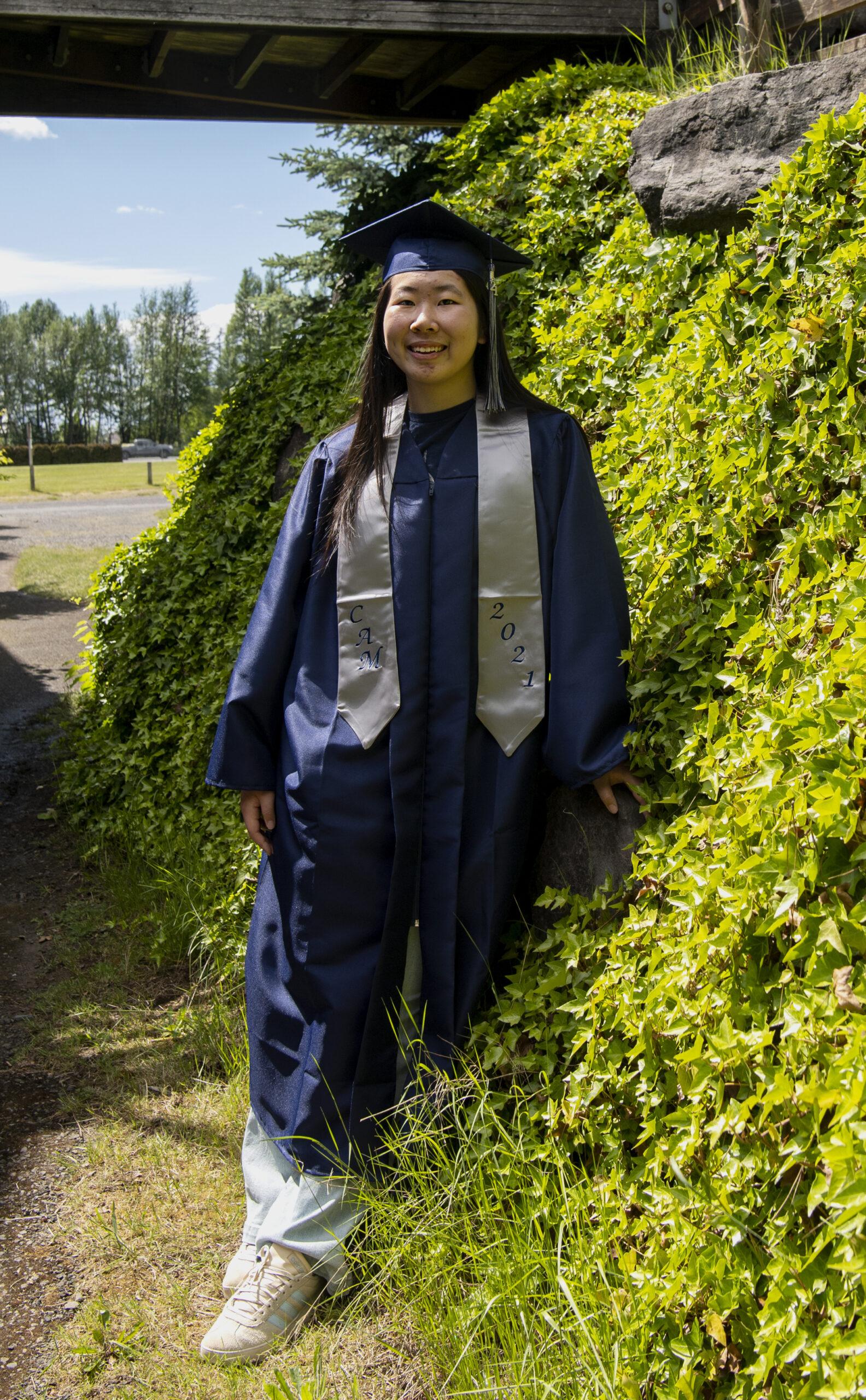 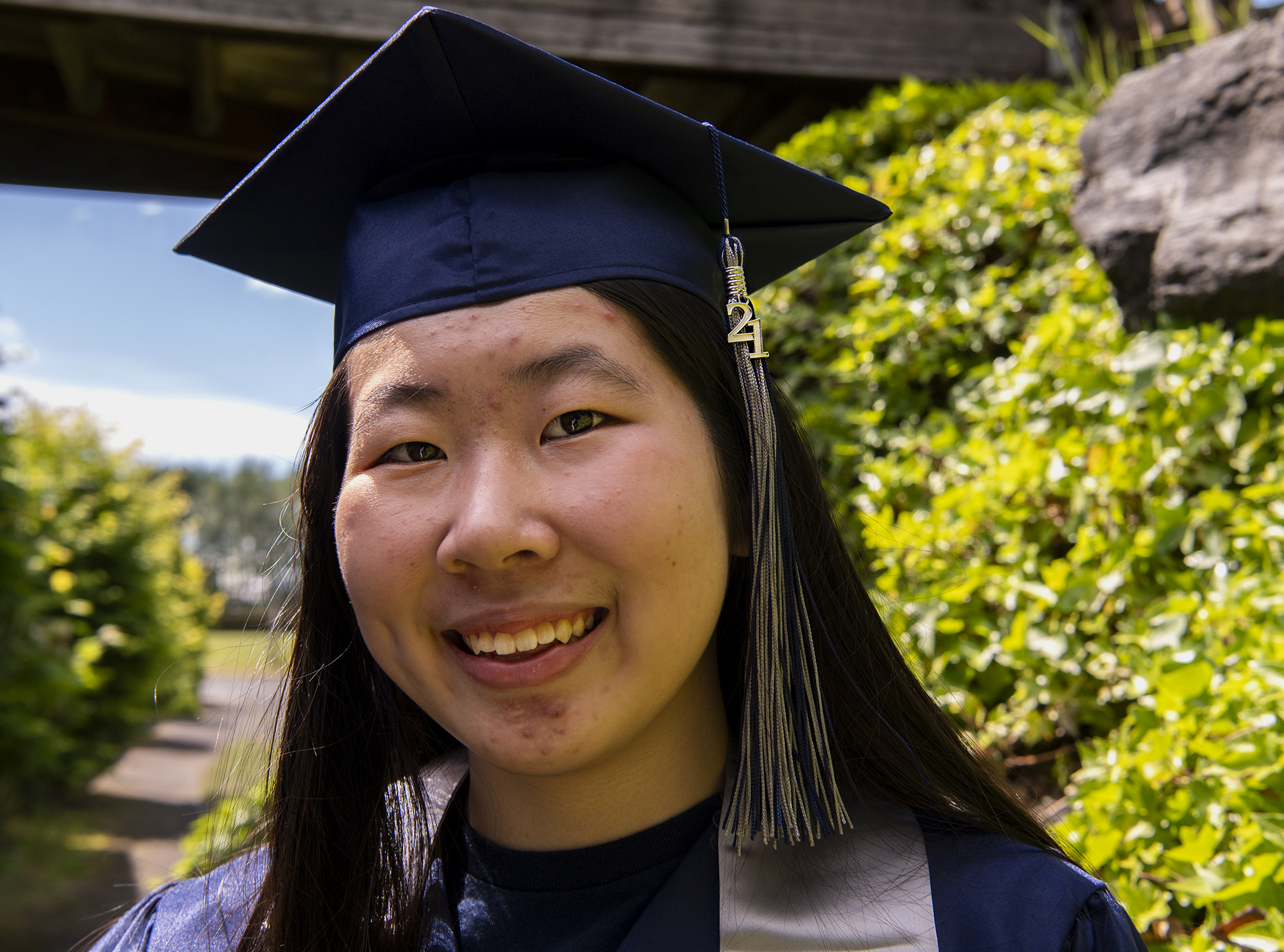 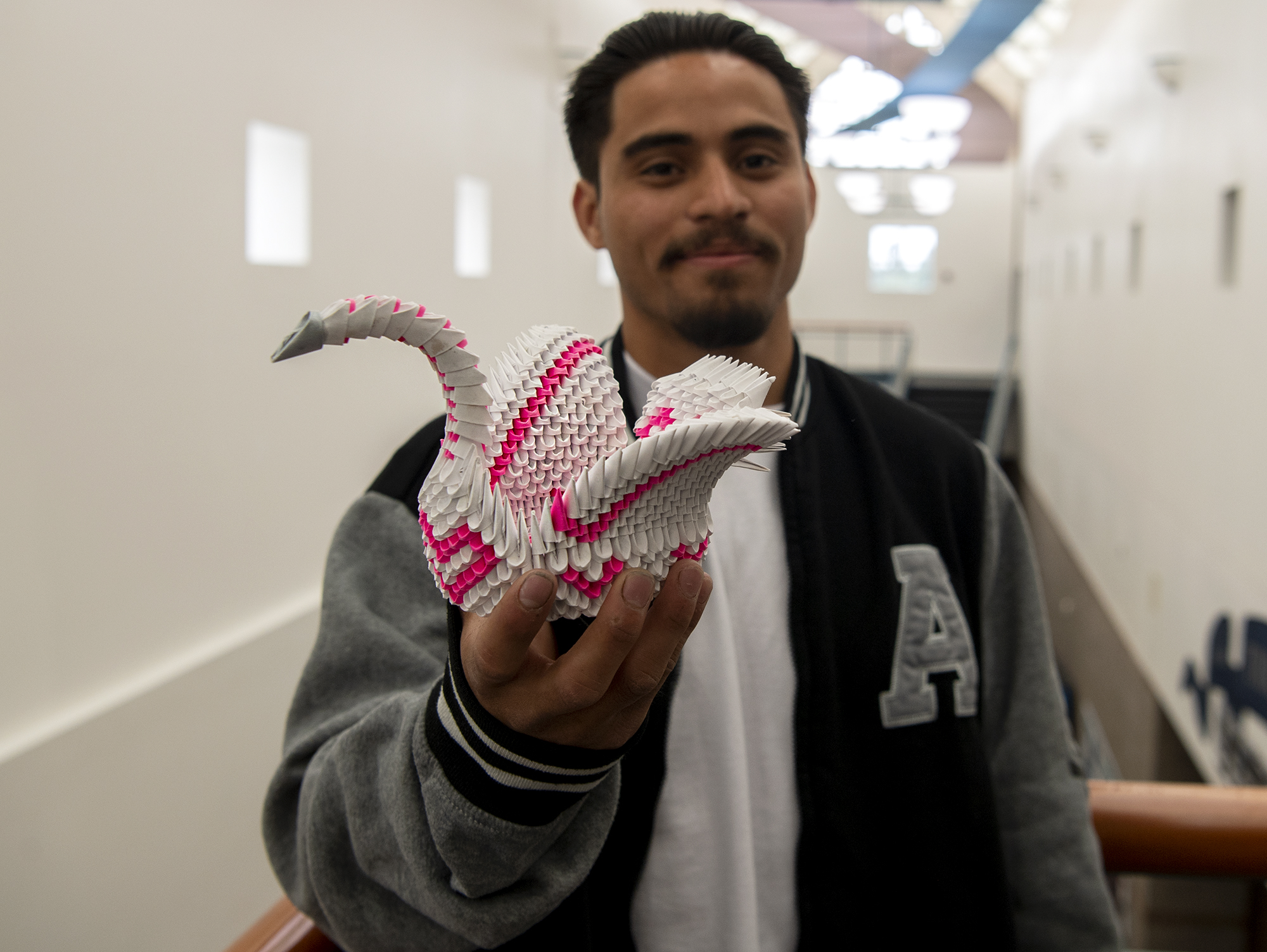 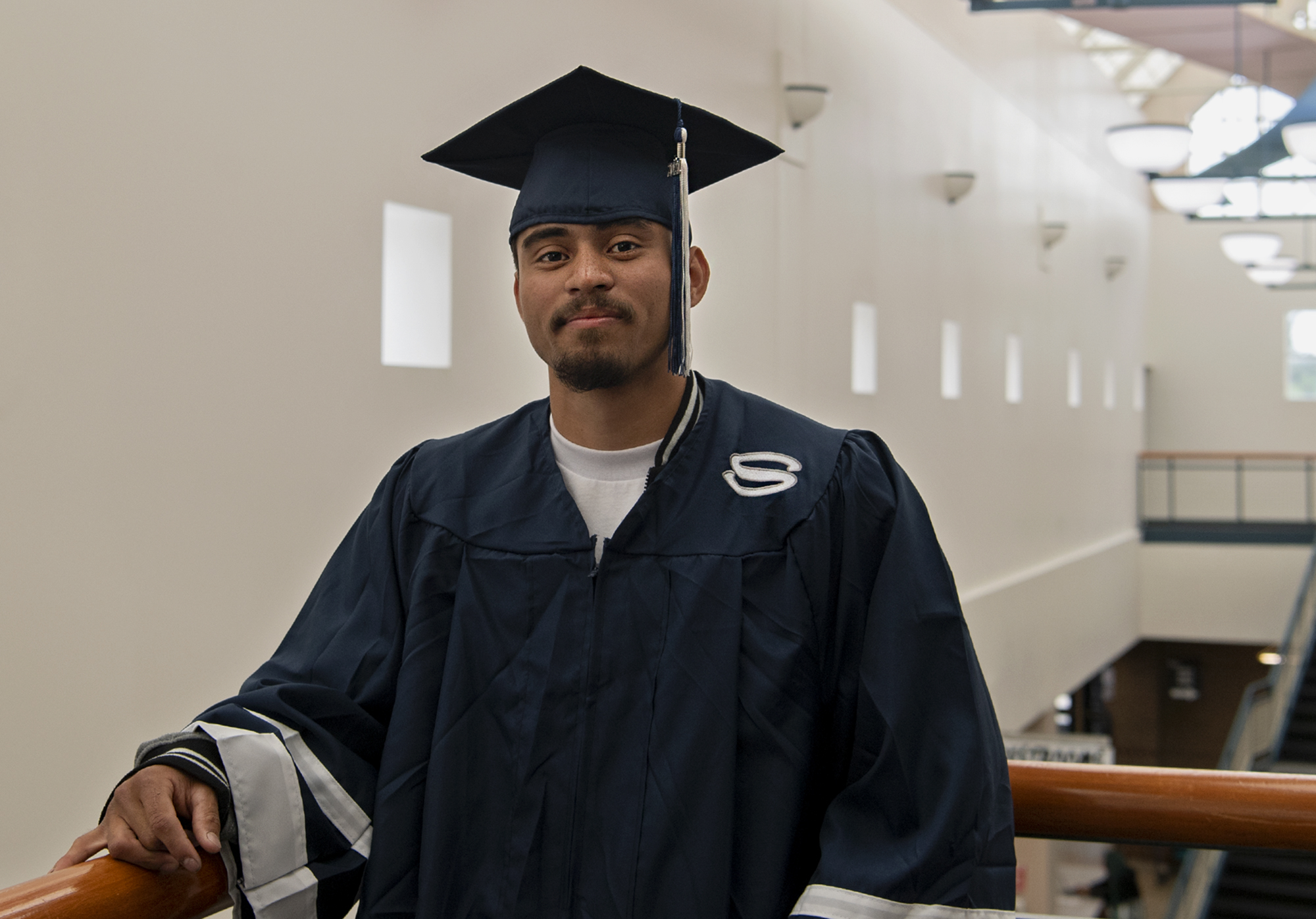 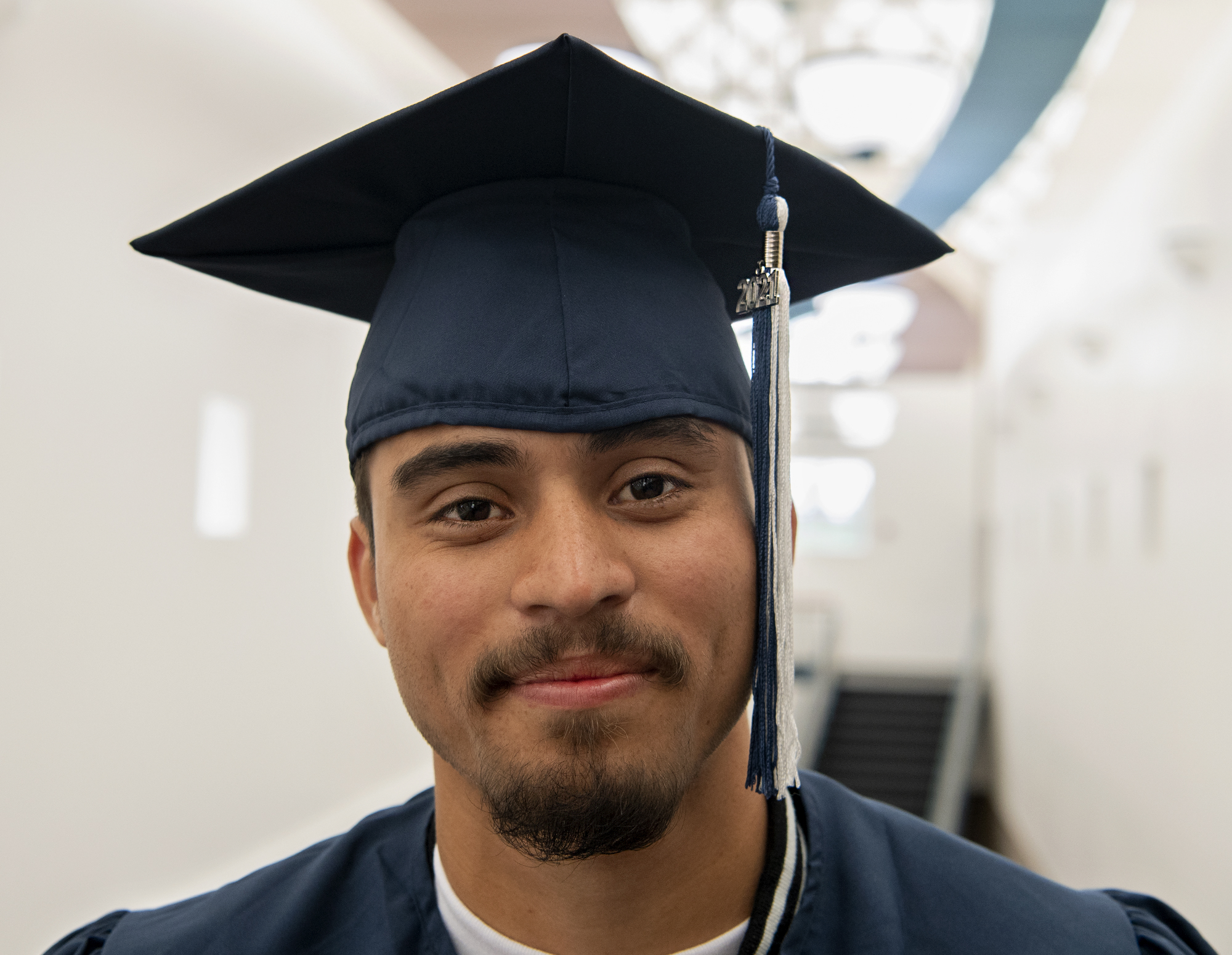 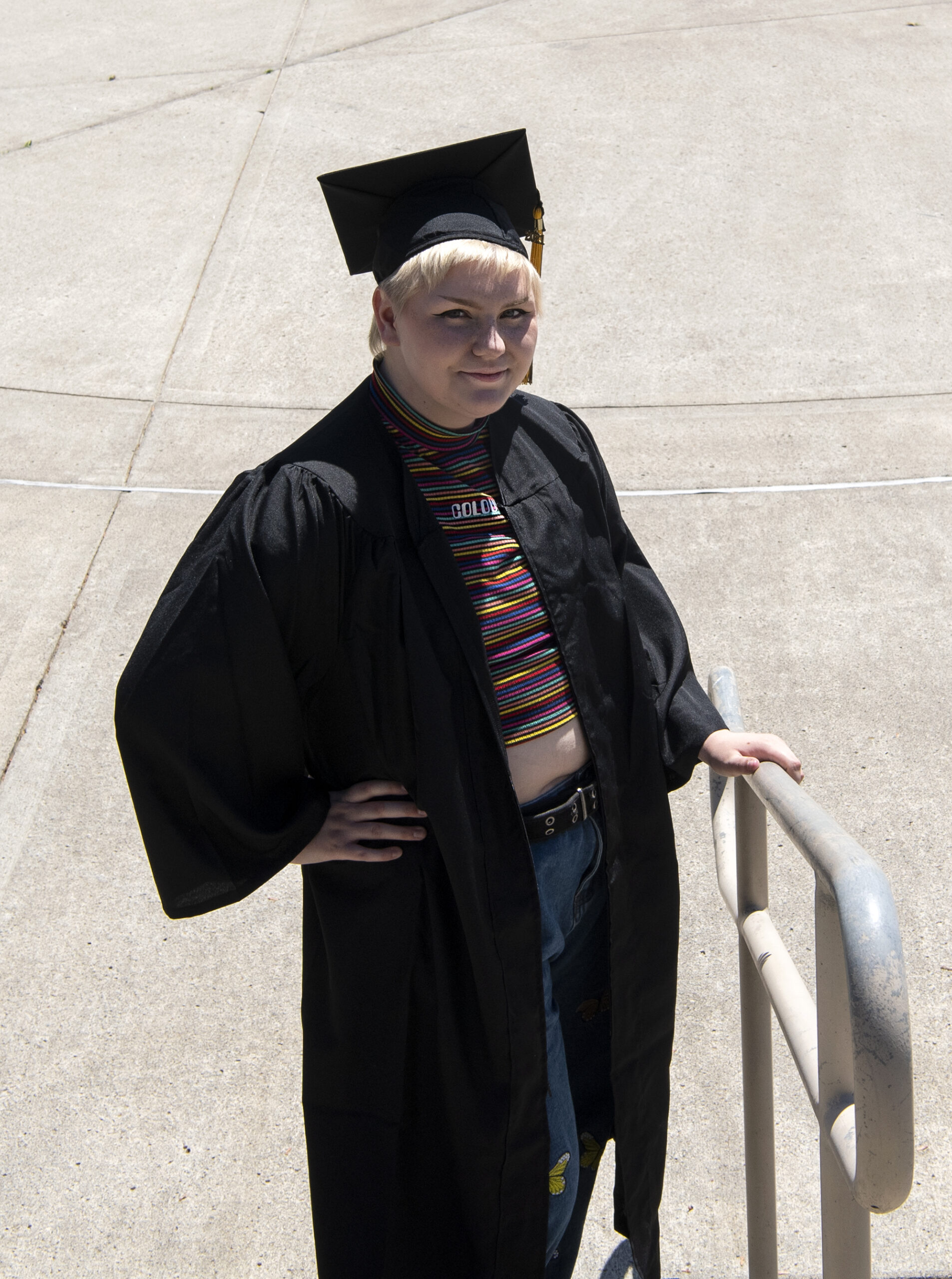 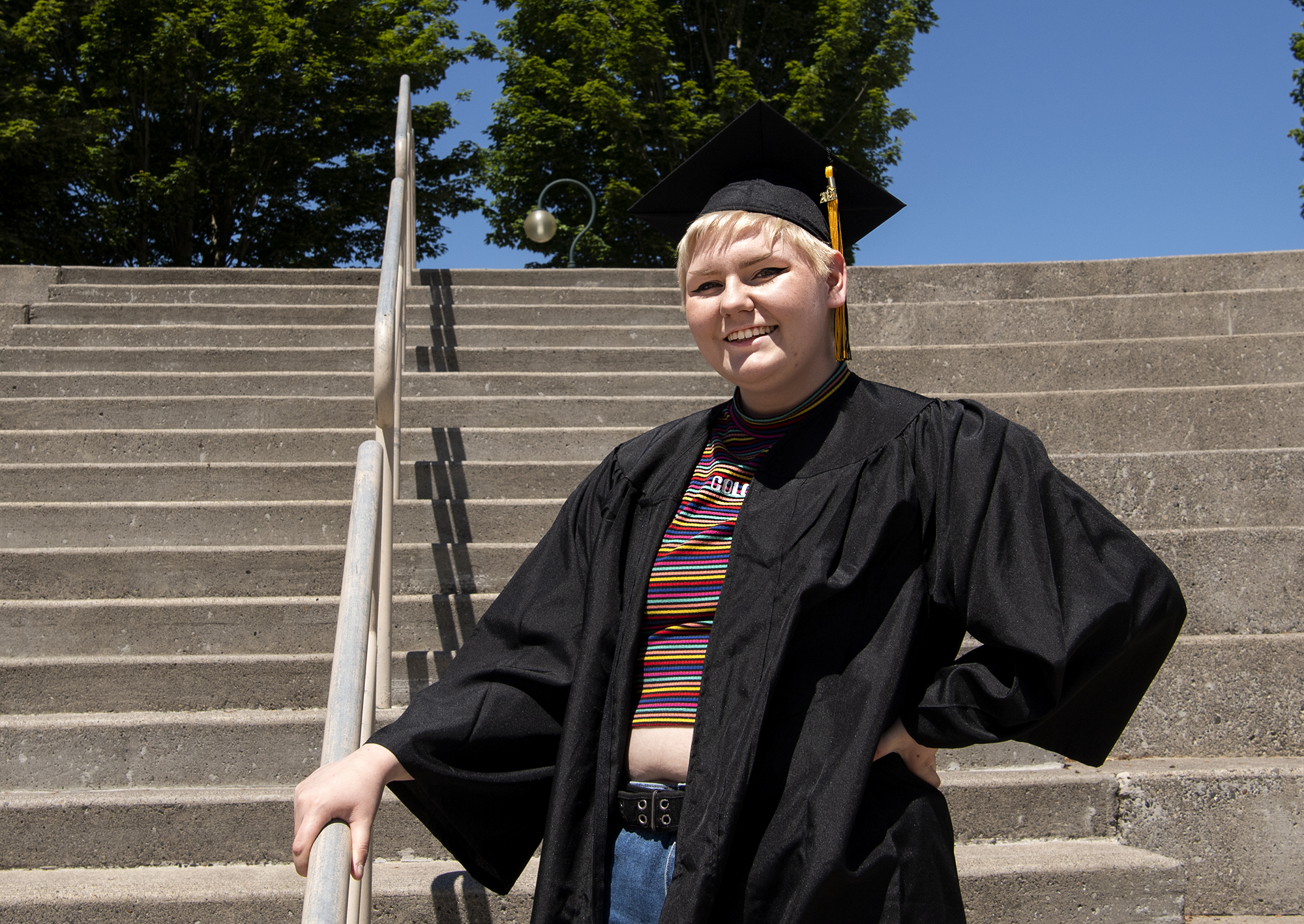 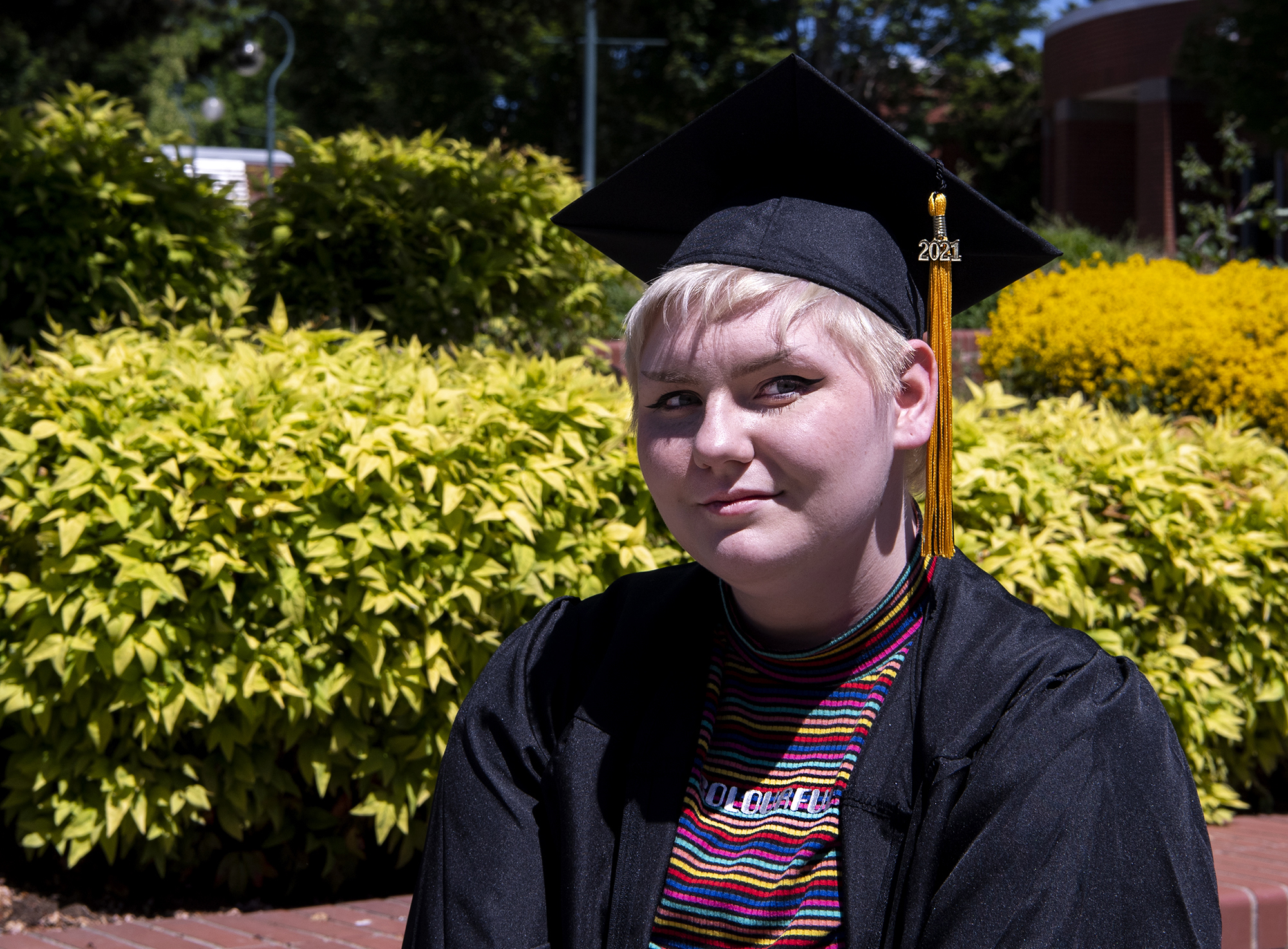 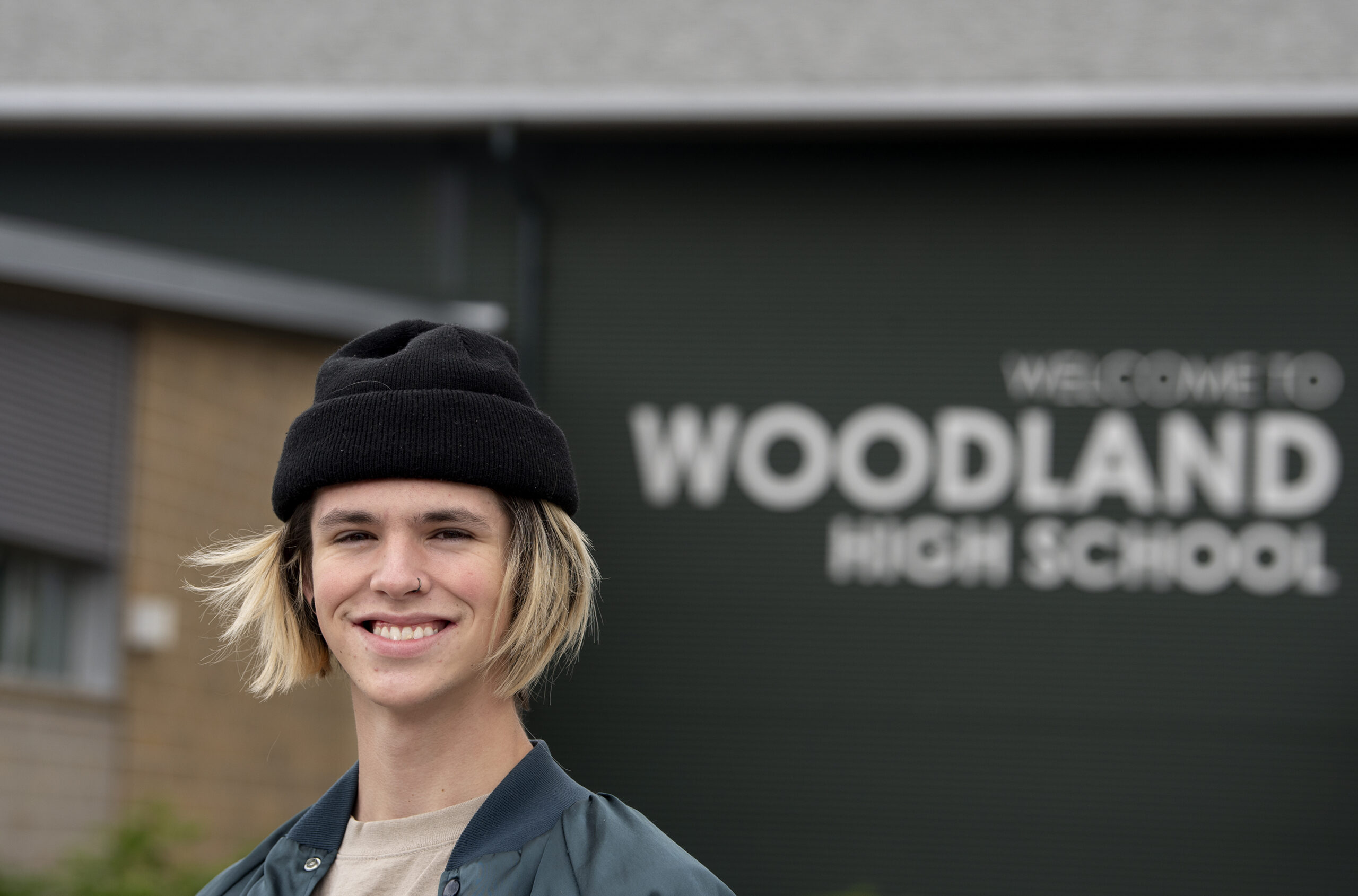 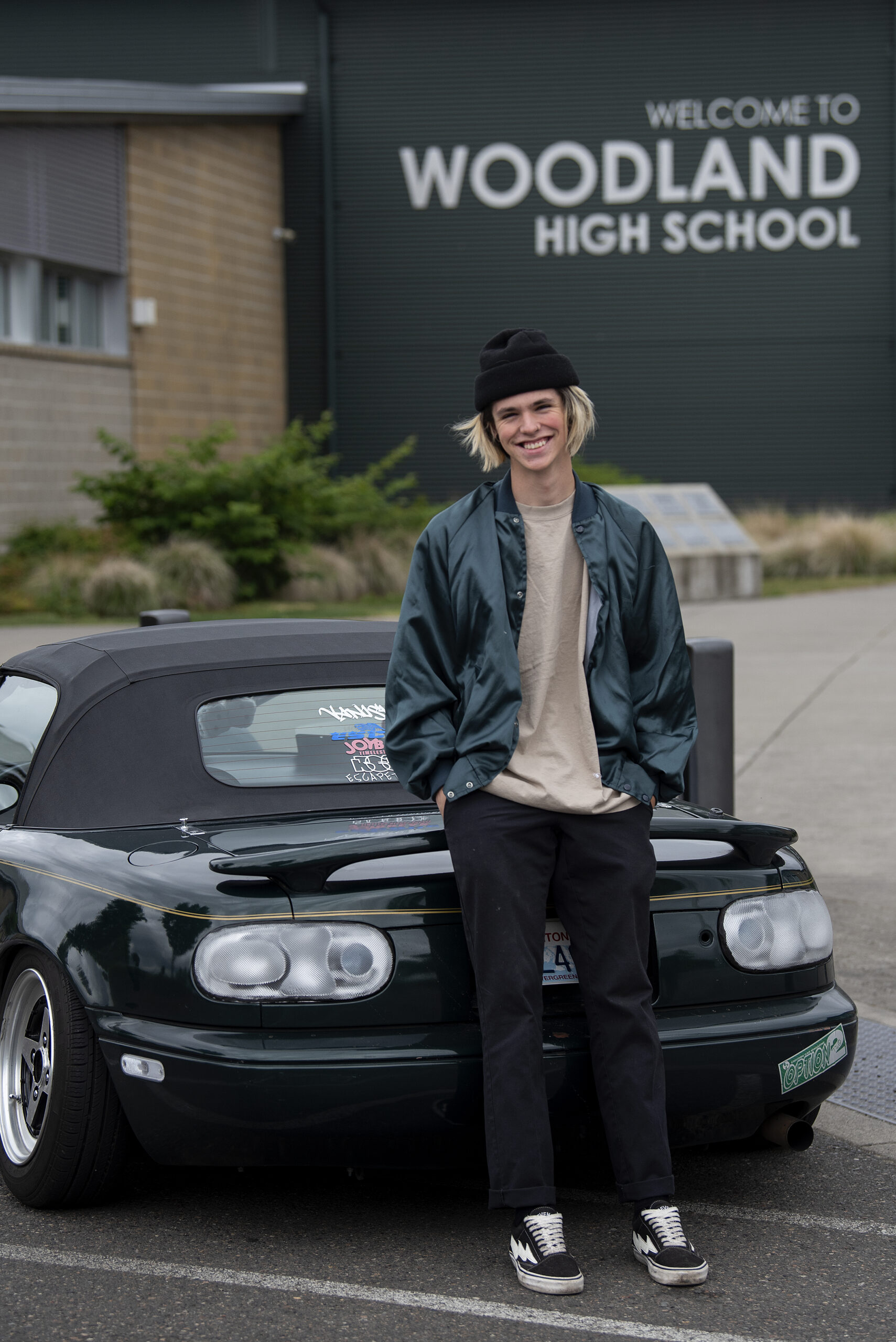 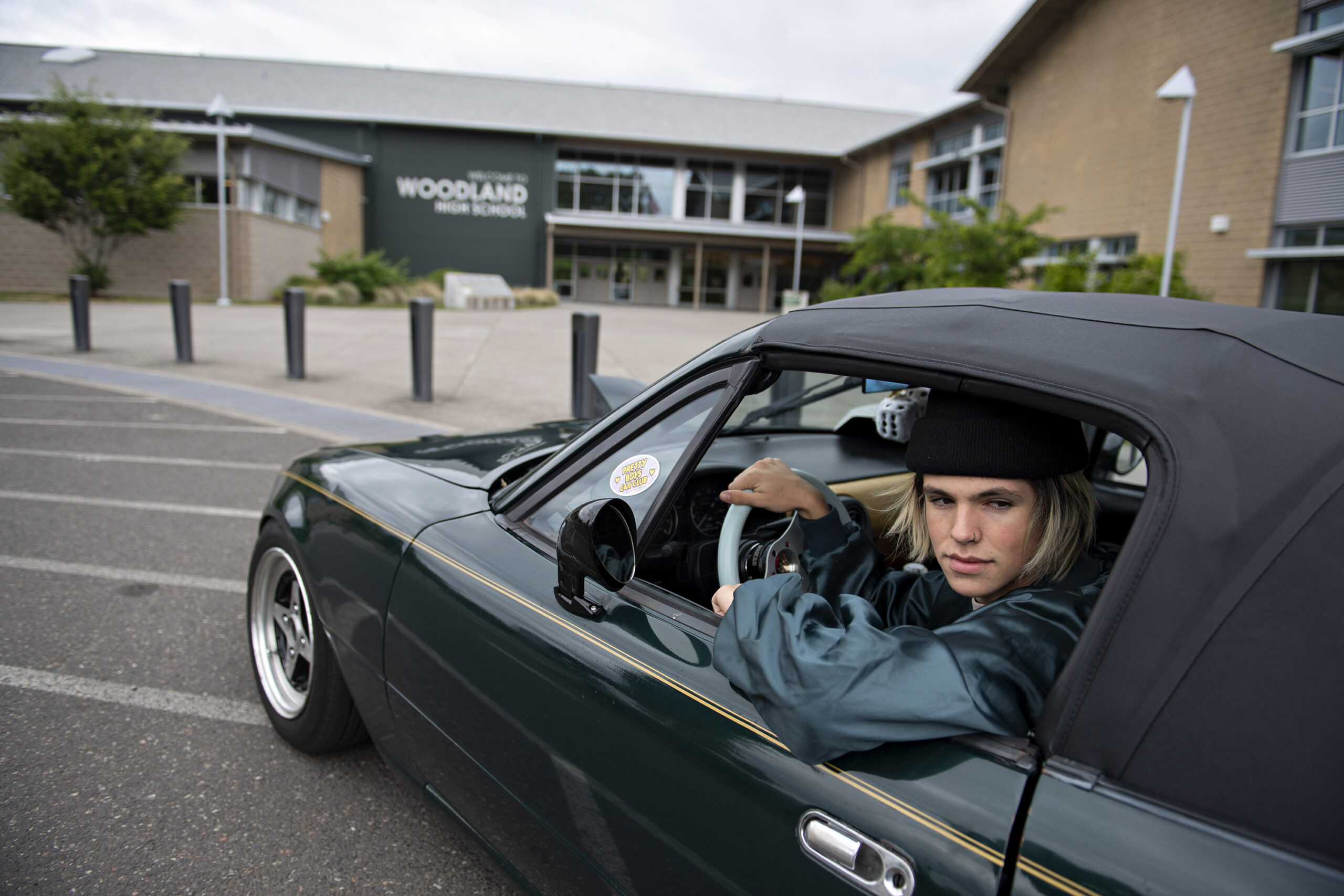 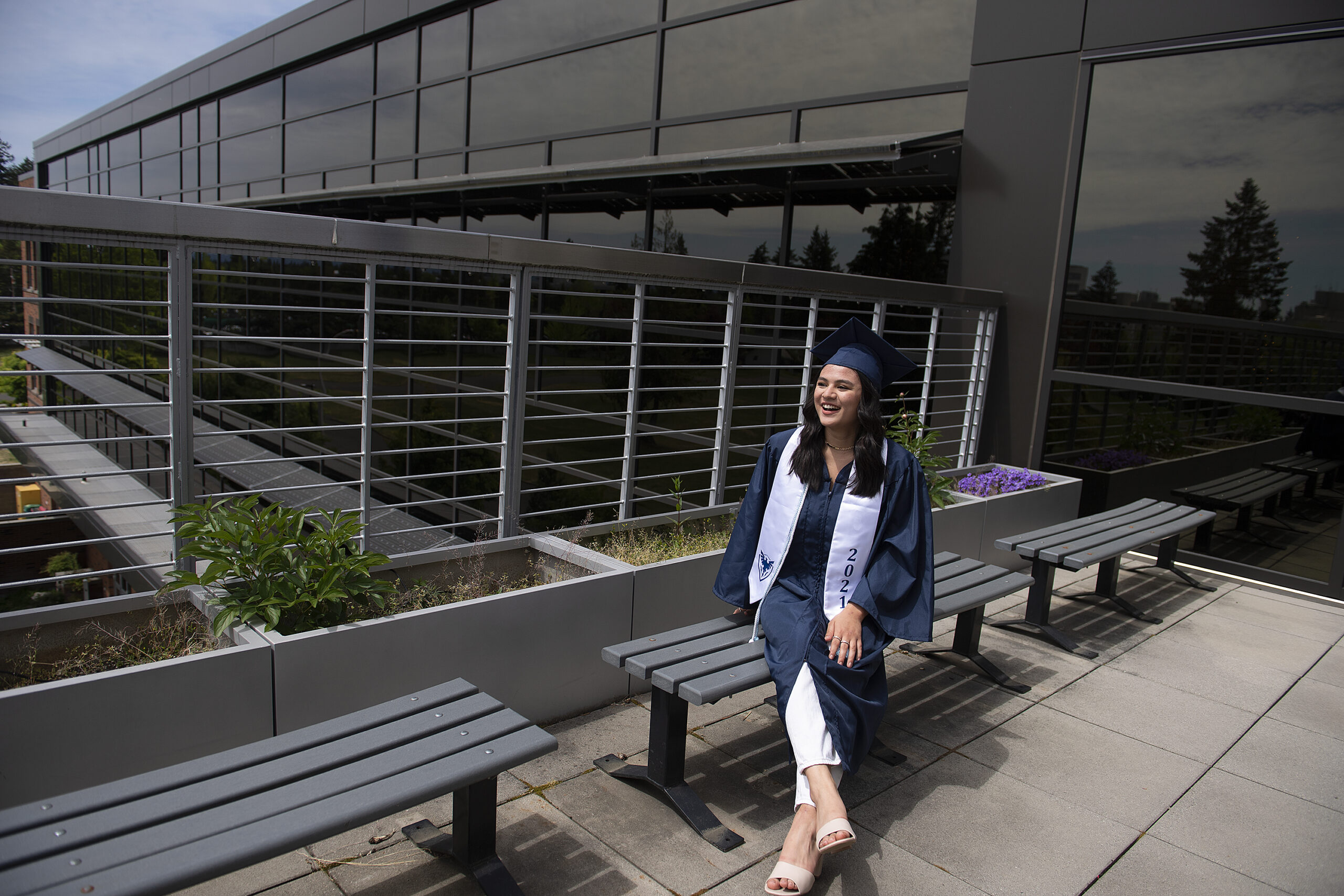 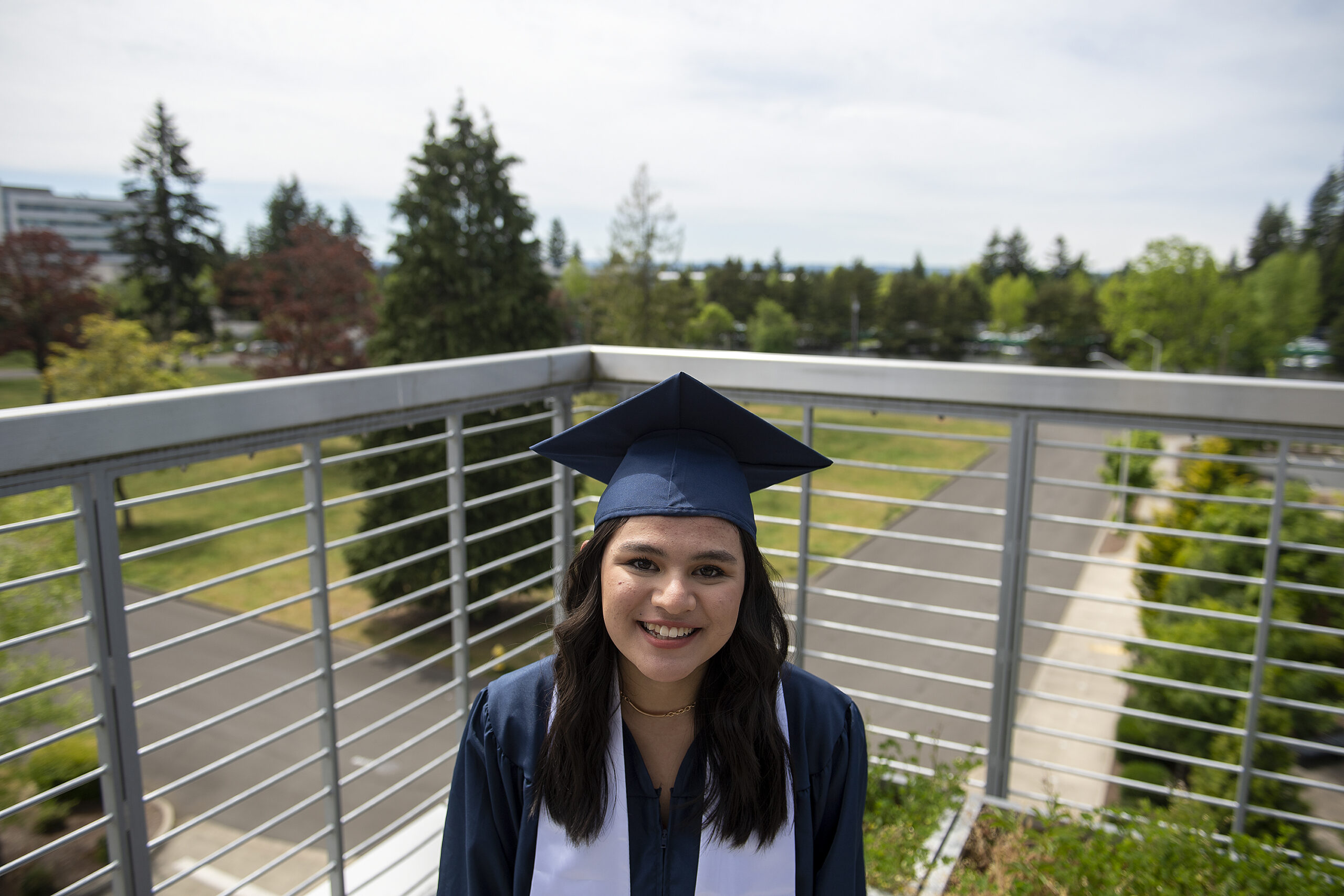 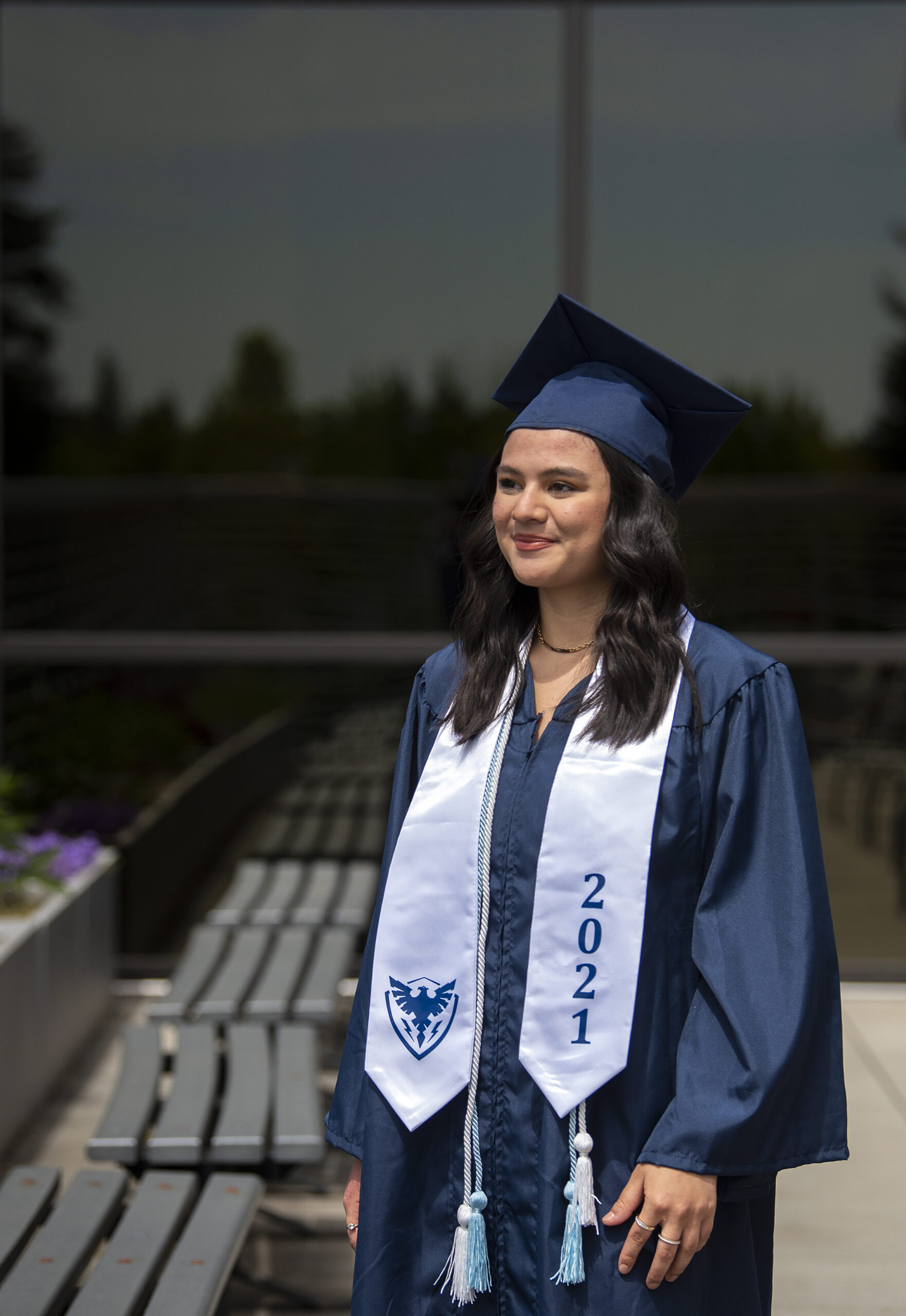 Previous The Campbells and The Columbian

by Will Campbell
Next Life