Tobias is a toddler no more

Tobias Adams’ fourth birthday did not go as planned.

He was going to ring in his latest trip around the sun with a swimming party, inviting all his family and friends to splash around and eat some cake. The family wanted to top last year, when the Adams clan celebrated Tobias’ birthday by taking over a bouncy house emporium.

That’s not the way life goes during a pandemic.

“With the current situation, we’re not going to be able to have the kind of party we planned on,” said his mother, Jasmine Adams.

Instead, Tobias celebrated his fourth birthday at home on March 28, with his dad Matt, 8-year-old-sister Arianna and Jasmine, along with a couple of members of the extended family.

The changed game plan didn’t rattle Tobias: No pool? No problem. He didn’t want to dunk his head underwater, anyway. After a rousing rendition of “Happy Birthday,” he dug into his Cookie Monster cake. With blue frosting smeared on his face, he excitedly described his new presents: a big wheel bike! kinetic sand!

The Columbian patched into the party by videoconference to celebrate with Tobias without violating social distancing rules that have upended everyone’s daily routine. It was a strange conclusion to our yearlong series following a Clark County child from his third birthday to his fourth. Tobias, like every kid, has seen once-dependable fixtures of his life vanish during these weird times.

Schools across Washington have been shuttered since March 17. Gov. Jay Inslee formally announced on April 6 that they wouldn’t reopen again to finish out the 2019-2020 academic year.

Tobias’ teachers are communicating with parents about what they can do to help make up for the lost time, said Monique Dugaw, executive director of communications and public engagement for Educational Service District 112.

Dugaw said the district’s preschool teachers are encouraging parents and caregivers to spend time with their kids reading books, cooking and conversing about math and counting.

But the missed lessons aren’t purely academic. Preschoolers are also missing a chance to build such social skills as how to take turns, ask for help and share.

“We are in the process of exploring the ability to offer virtual storytimes and circle time for enrolled children. This would be a way to maintain virtual contact with teachers and peers,” Dugaw said.

Dugaw also emphasized that parents might notice the stress of the pandemic affecting their kids.

Academically, Tobias had been making progress. Although he had picked up a few bad habits from his preschool classmates, he was learning better manners and gaining social awareness, Jasmine said. Tobias had learned more of the alphabet and improved at writing his name. He’d also grown to appreciate a good story.

“He loves reading books,” Jasmine said. “He will try and read it back from memory, turning the pages.”

Jasmine is taking the reins at home. Matt, who works in medical equipment manufacturing, is an essential worker still reporting for duty.

Jasmine doubted how much Tobias would understand the day-to-day changes, but he’s absorbed more than she’d expected. One day, after preschool shut down, he asked if they could go out for ice cream before catching himself midsentence.

“He said, ‘Oh, we can’t go because of the coronavirus,’ ” Jasmine said. “I don’t think it’ll stick, and then every other day he’ll say something about the coronavirus.”

Moving on and moving out

The COVID-19 outbreak struck just after a happy transition for the Adams family. They moved from their apartment in the East Minnehaha neighborhood to a townhouse in Rose Village.

It was the first time Tobias had moved since he was just a few weeks old. He’d only ever known his Minnehaha home. The new house has a much bigger yard — a lifesaver once everyone had to start self-isolating at home.

But more importantly, the townhouse is fully wheelchair accessible. Jasmine has spinal muscular atrophy and uses a wheelchair. She’d been on a waitlist for three years.

Tobias felt excited about the move. He raced around the Minnehaha apartment on Feb. 28, their second-to-last day there, surrounded by boxes and packing tape. He showed off his room, which was almost completely empty. The family was going to have a slumber party on the living room floor during their last night, he said.

The move meant Arianna would have to change schools. She asked her parents to drive by the new house in the days leading up to the transition.

According to the nonprofit children’s health program KidsHealth, moving to a new home is usually easier for preschool-aged kids than for older children. The program recommends involving children in the process, explaining that toys going in boxes aren’t being thrown away, and visiting the new home a few times before the move.

Check, check and check. Tobias said he liked that the new house is red and white brick. As a nascent Minecraft aficionado, he can appreciate the finer architectural details.

He’ll stay at the same preschool, too, and once school starts back up again he’ll be able to hang out with his friends.

One friend, 4-year-old Amari Courtway, was playing with Tobias on moving day. Amari slung his arm around Tobias’ shoulder.

Tobias remains fearless and outgoing, the same little guy who charged up the inflatable slides at JJ Jump a year ago at his third birthday party. He’s a take-life-by-the-horns kind of kid, a typical Aries, as Jasmine likes to say.

He grew taller, stronger and more coordinated. He joined his first team sport, which he approached with his trademark enthusiasm. His fine motor skills, relatively nonexistent a year ago, have improved. Comparing his drawings to those completed over the summer show a marked increase in attention to detail.

He also learned to navigate and anticipate the needs and emotions of other kids his own age. That’s no small feat. Preschoolers are barely aware of their own internal thoughts and needs, let alone those of others. Tobias spent the last year learning skills fundamental for human connection: empathy and compassion.

And now, like the rest of us, he’s in uncharted waters. Luckily, Tobias is 4 now. Just try and stop him.

Back in January 2019, we sent out a call for a child to follow as part of a series examining what it’s like to be a 3-year-old in Clark County.
We received an outpouring of responses from parents, and we sat down with a few families from around the region before selecting Tobias and the rest of the Adams clan.
We chose to spotlight a 3-year-old because kids undergo tremendous changes in their emotional, social, mental and physical development as they transition from toddlerhood to childhood.
We picked up with Tobias on his third birthday, on March 28, 2019, and followed him through to his fourth birthday. Of course, every child is different, but we hope that family, caregivers, friends and loved ones of little ones around Clark County all found moments along this journey that they could relate to. 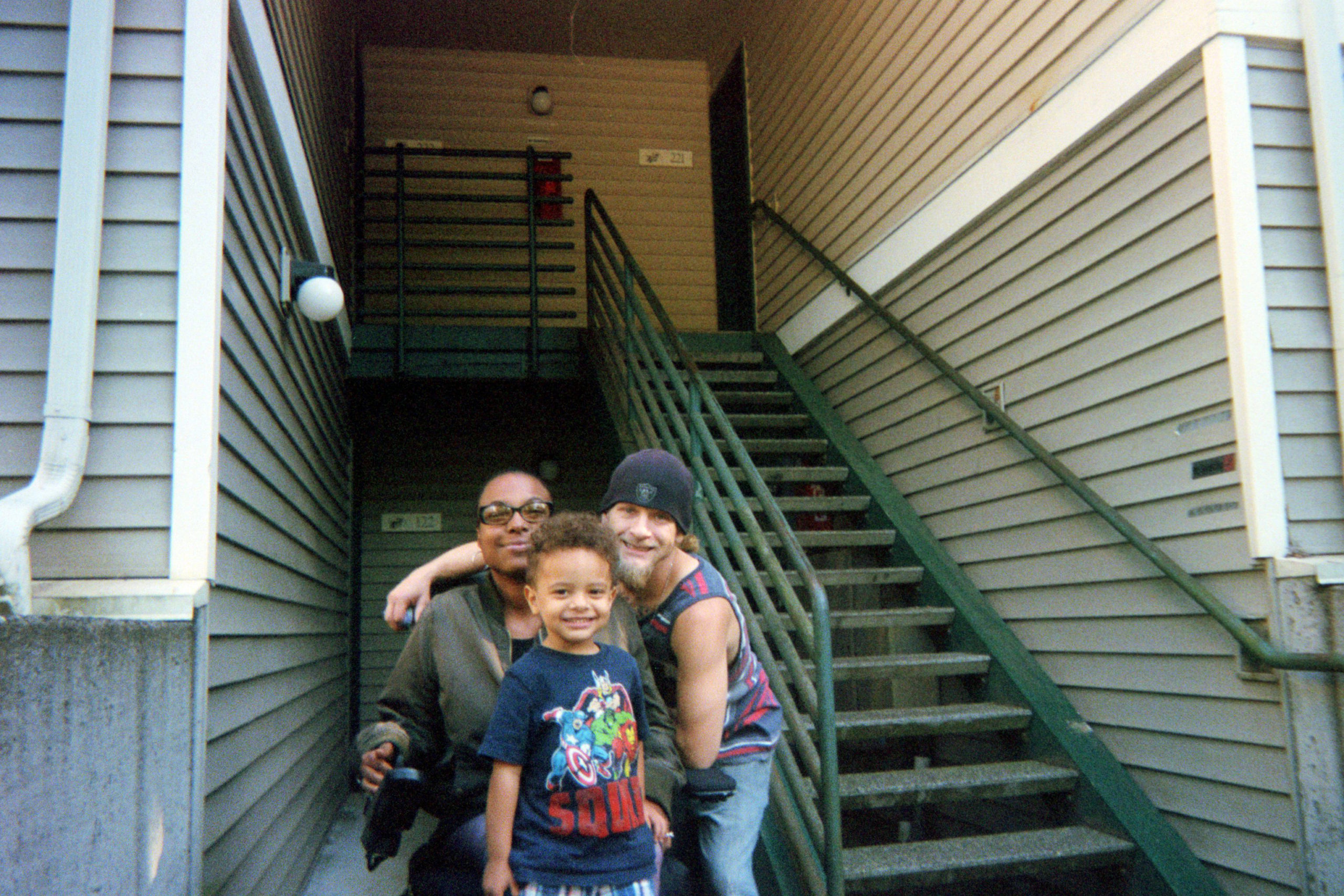 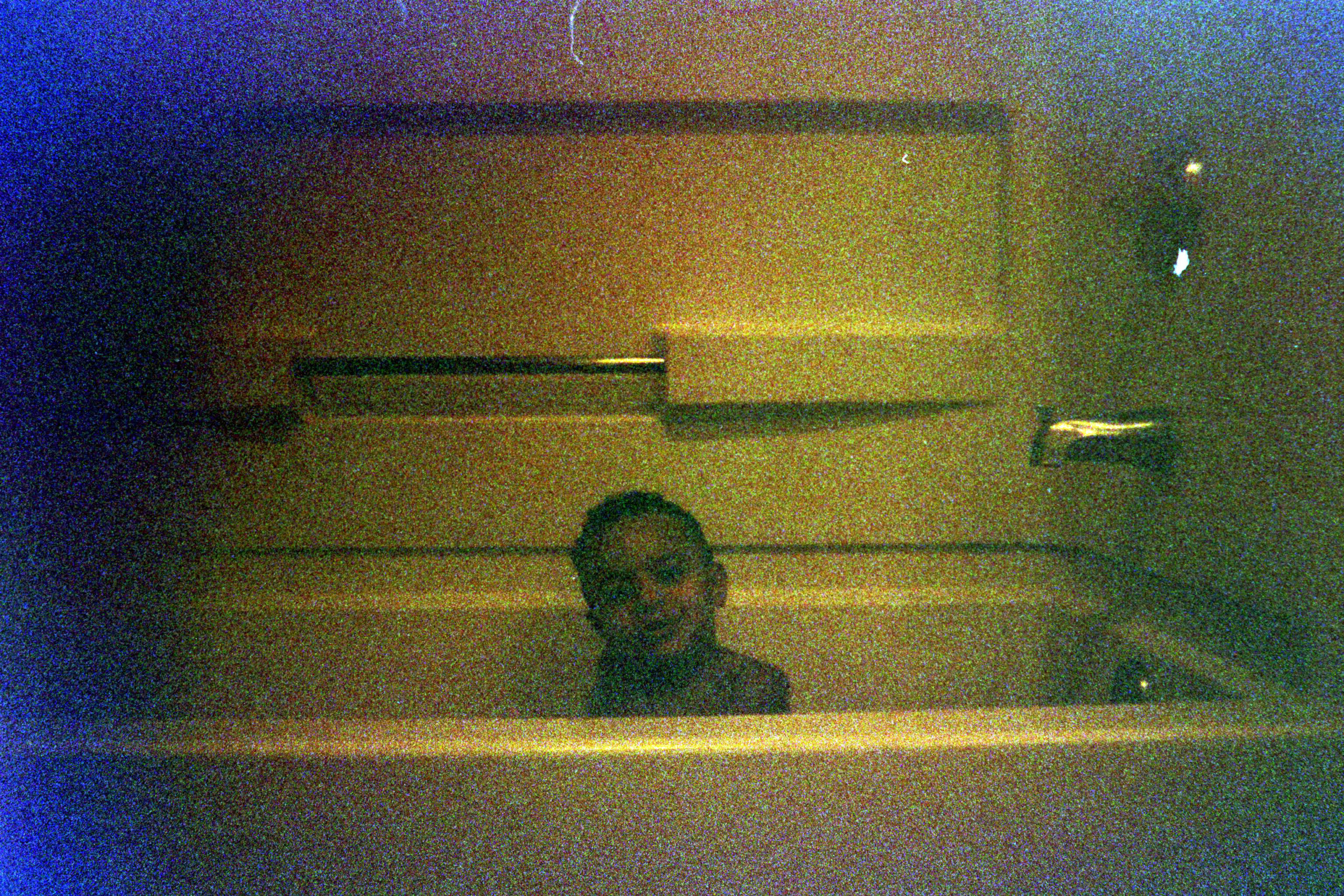 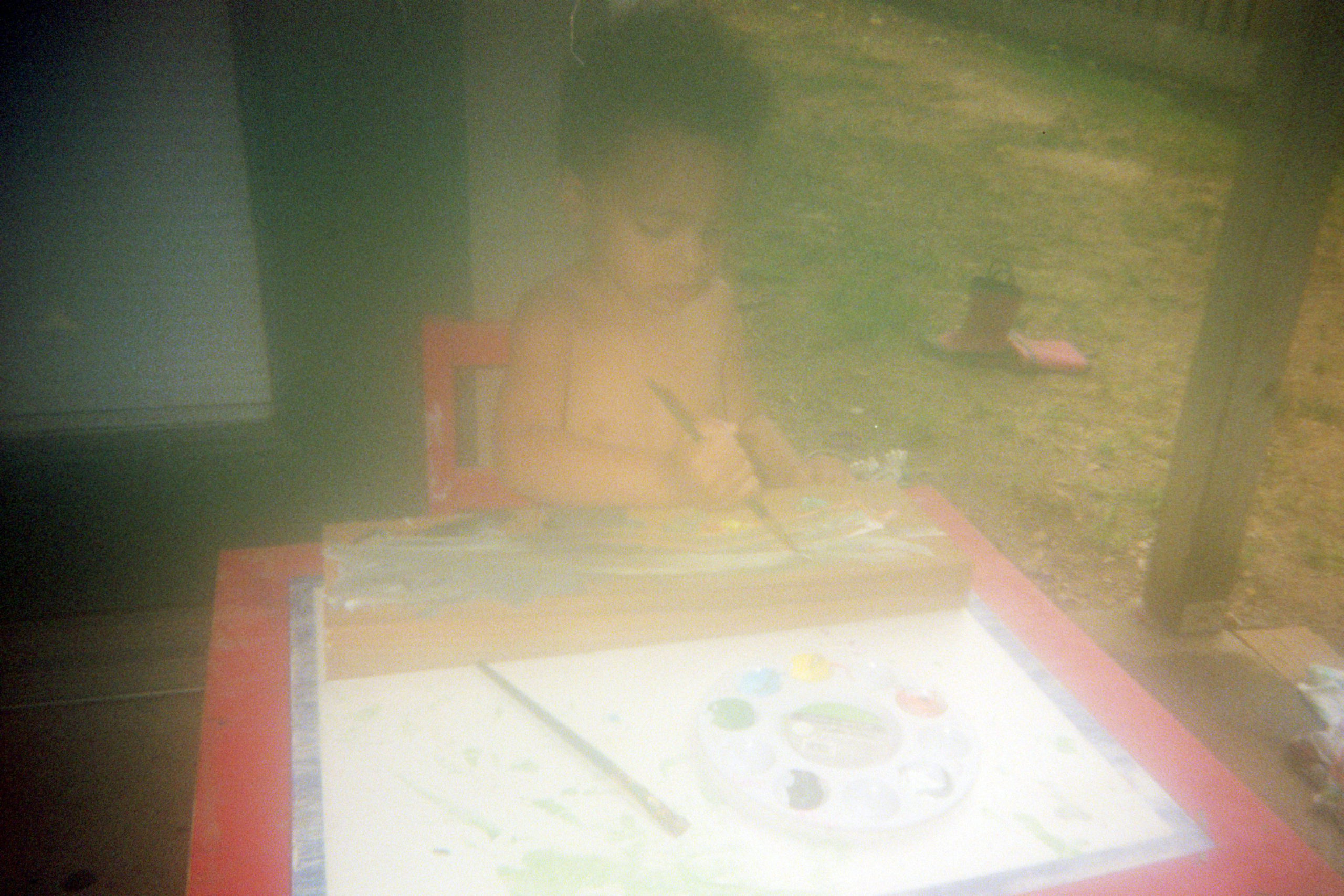 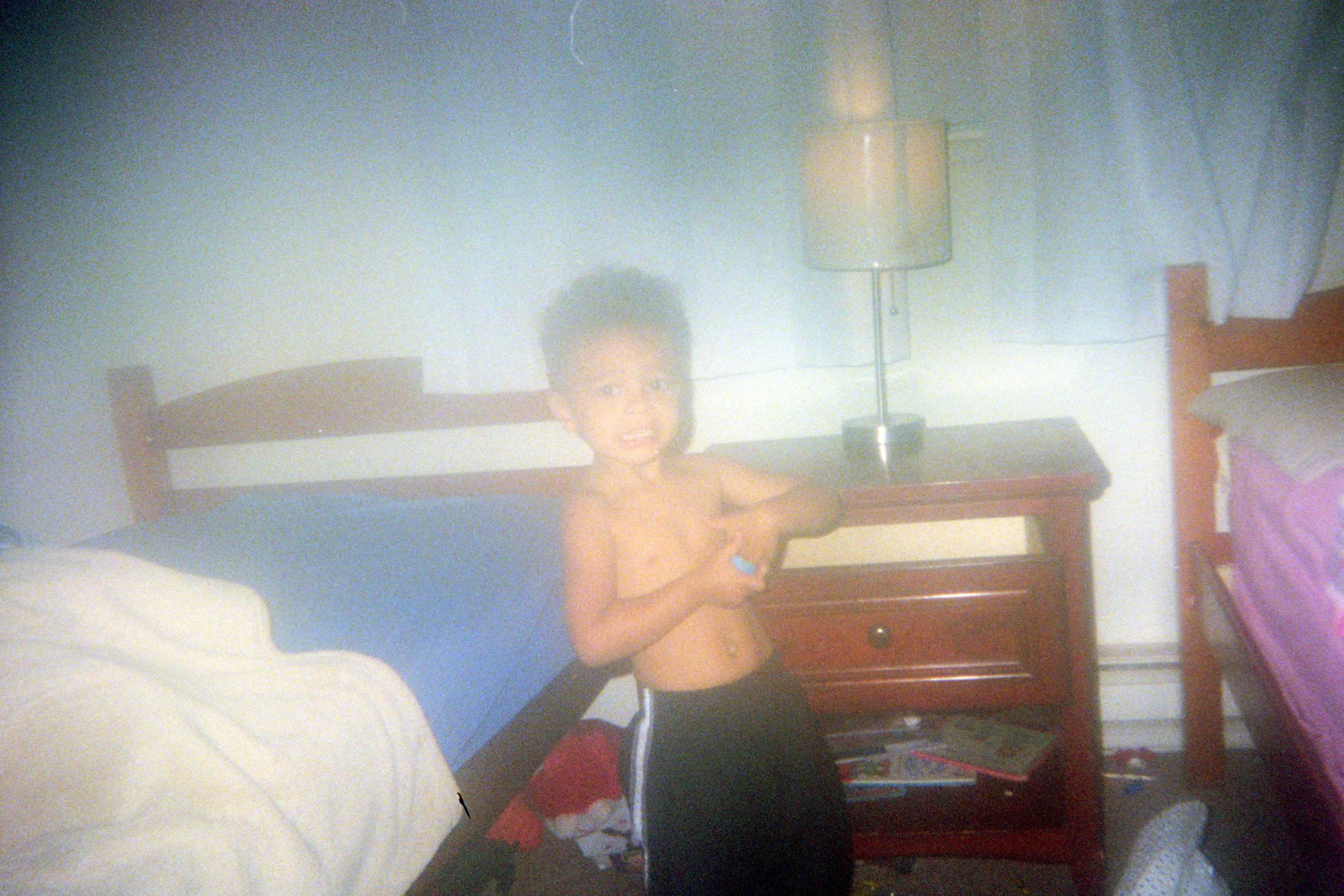 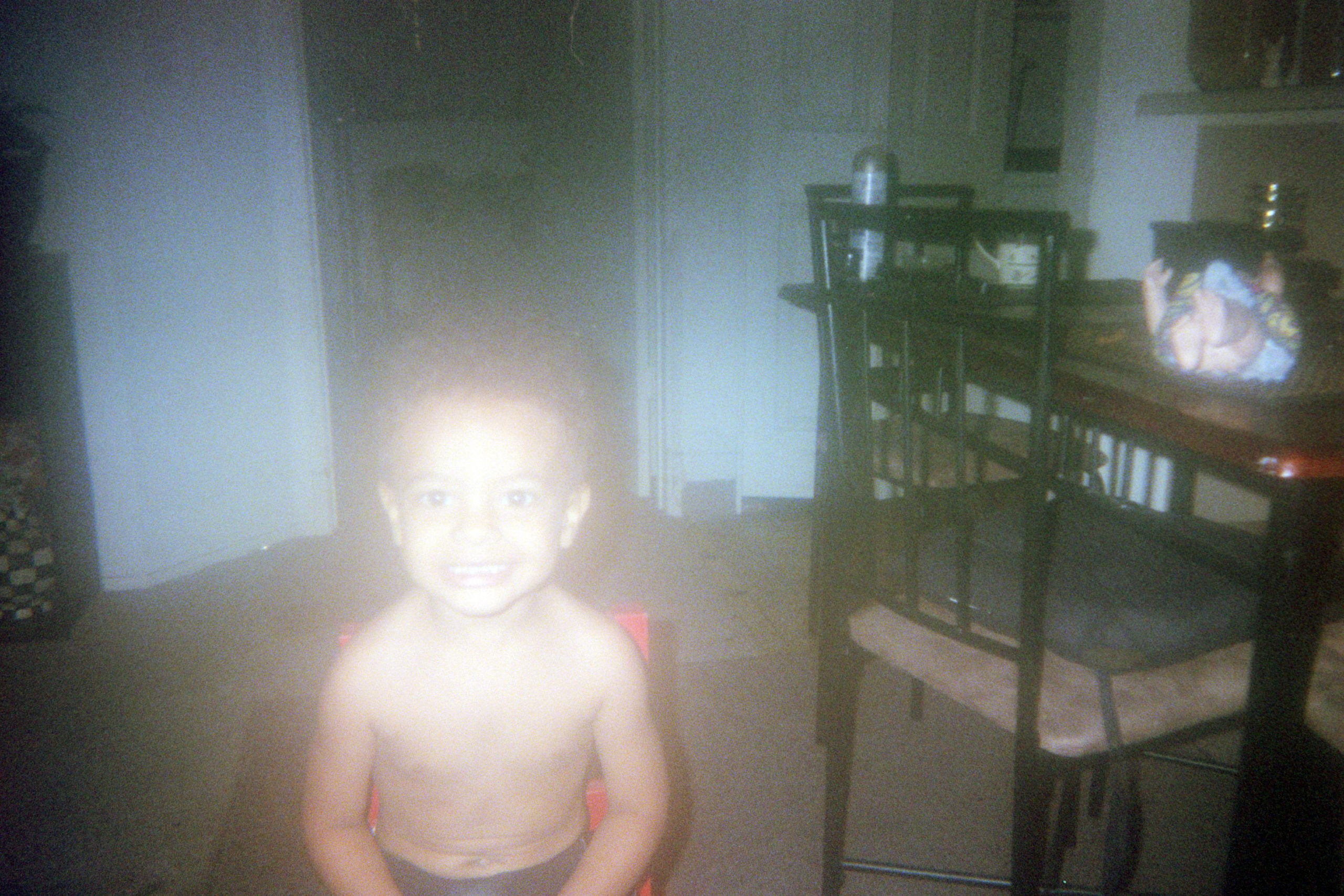 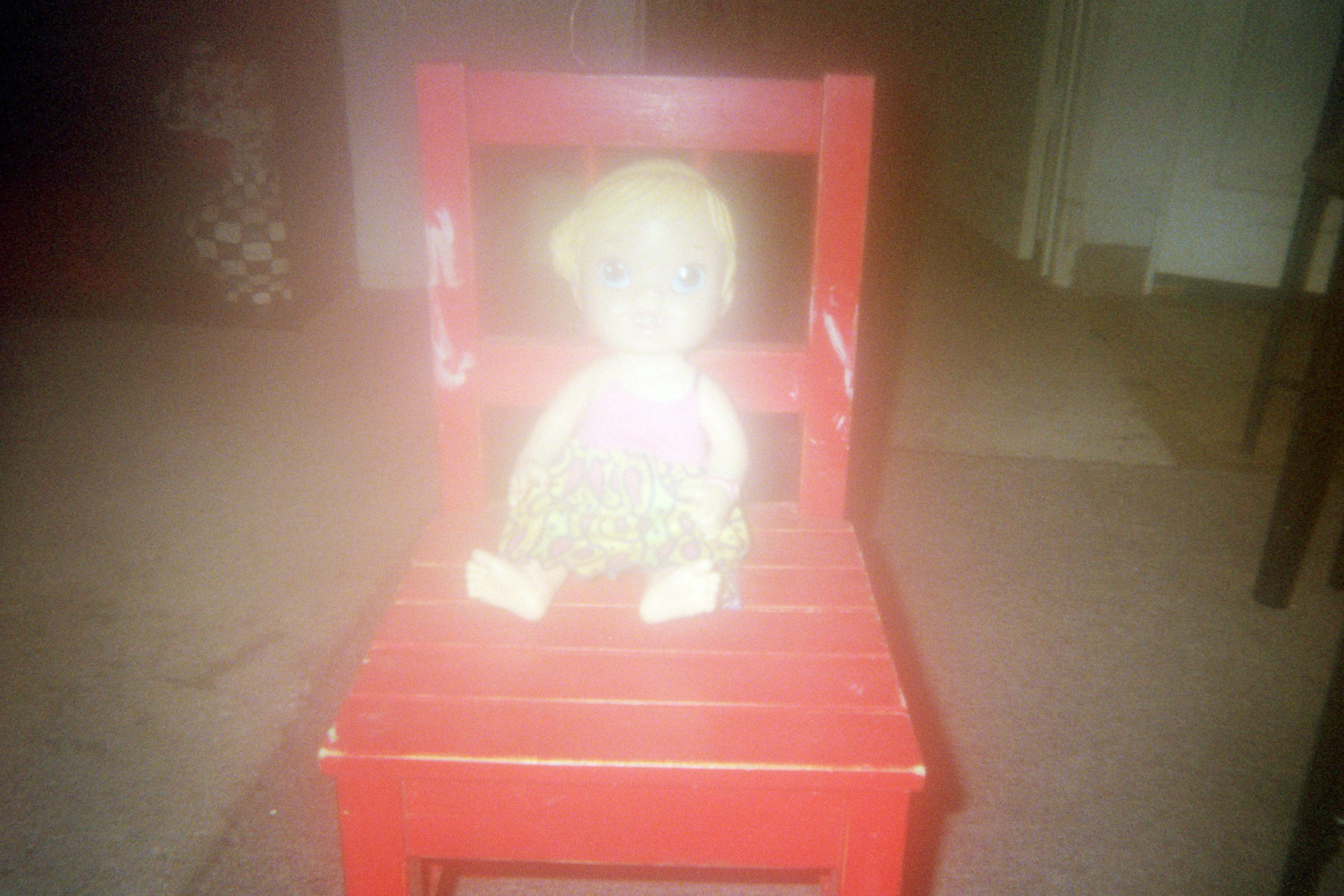 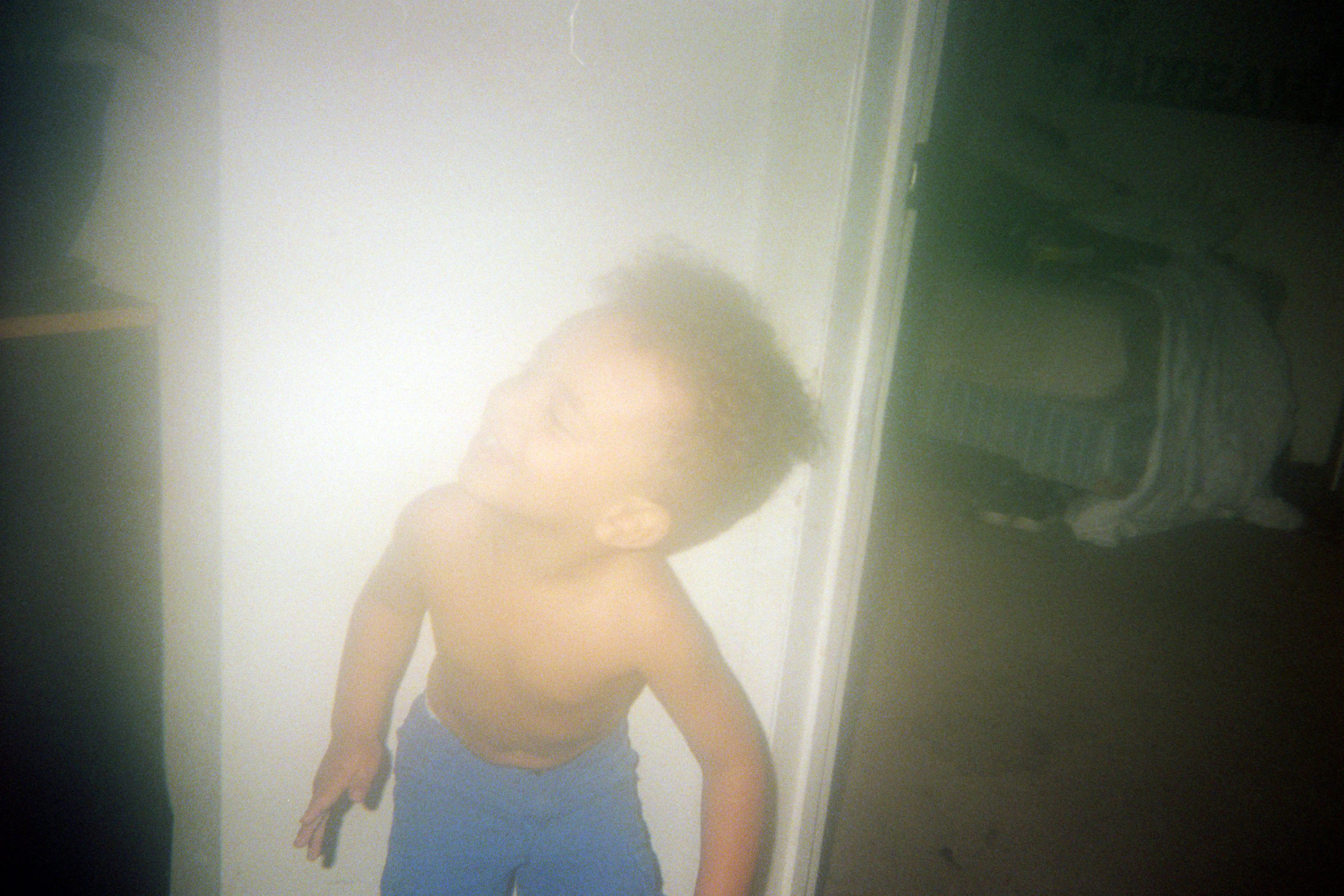 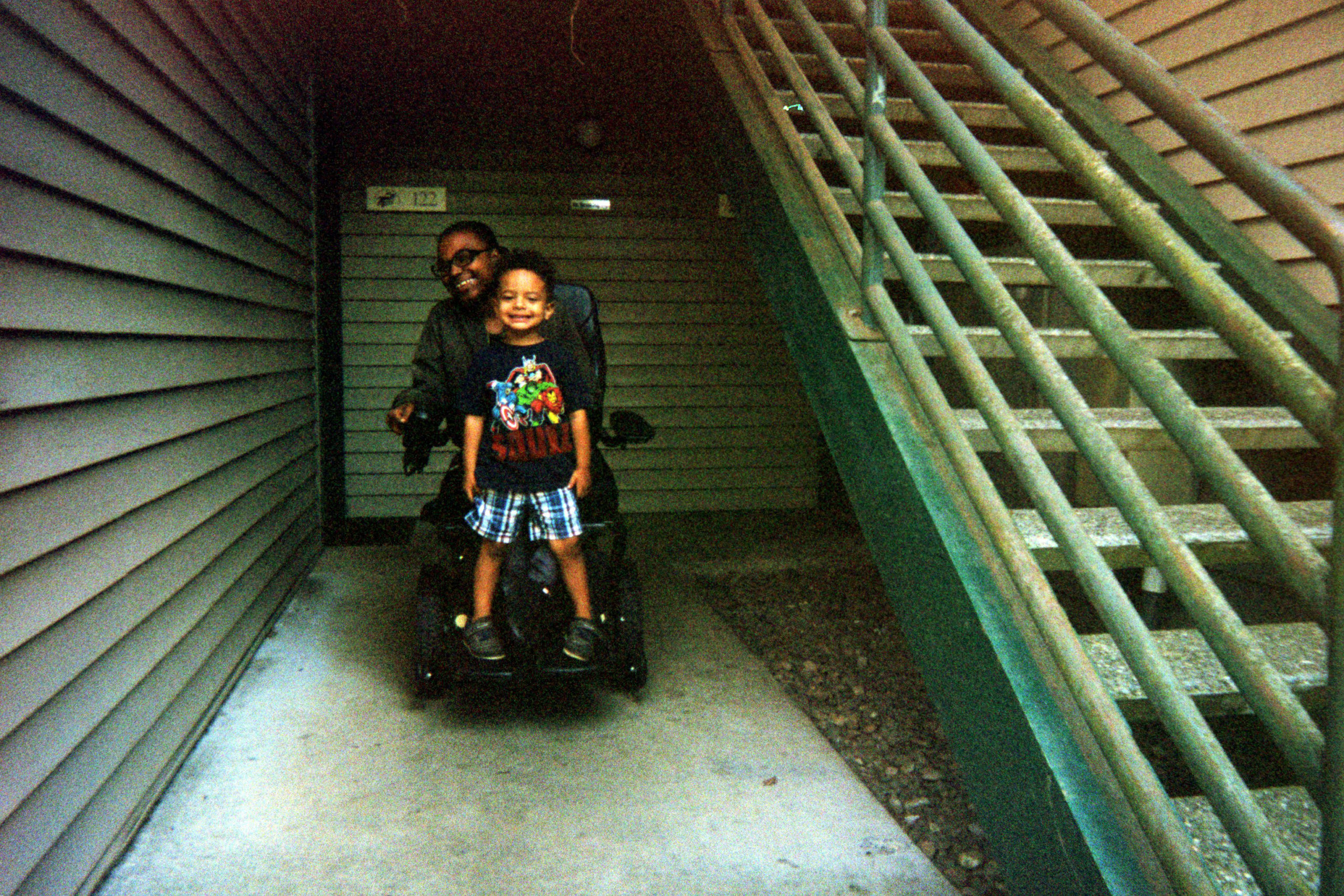 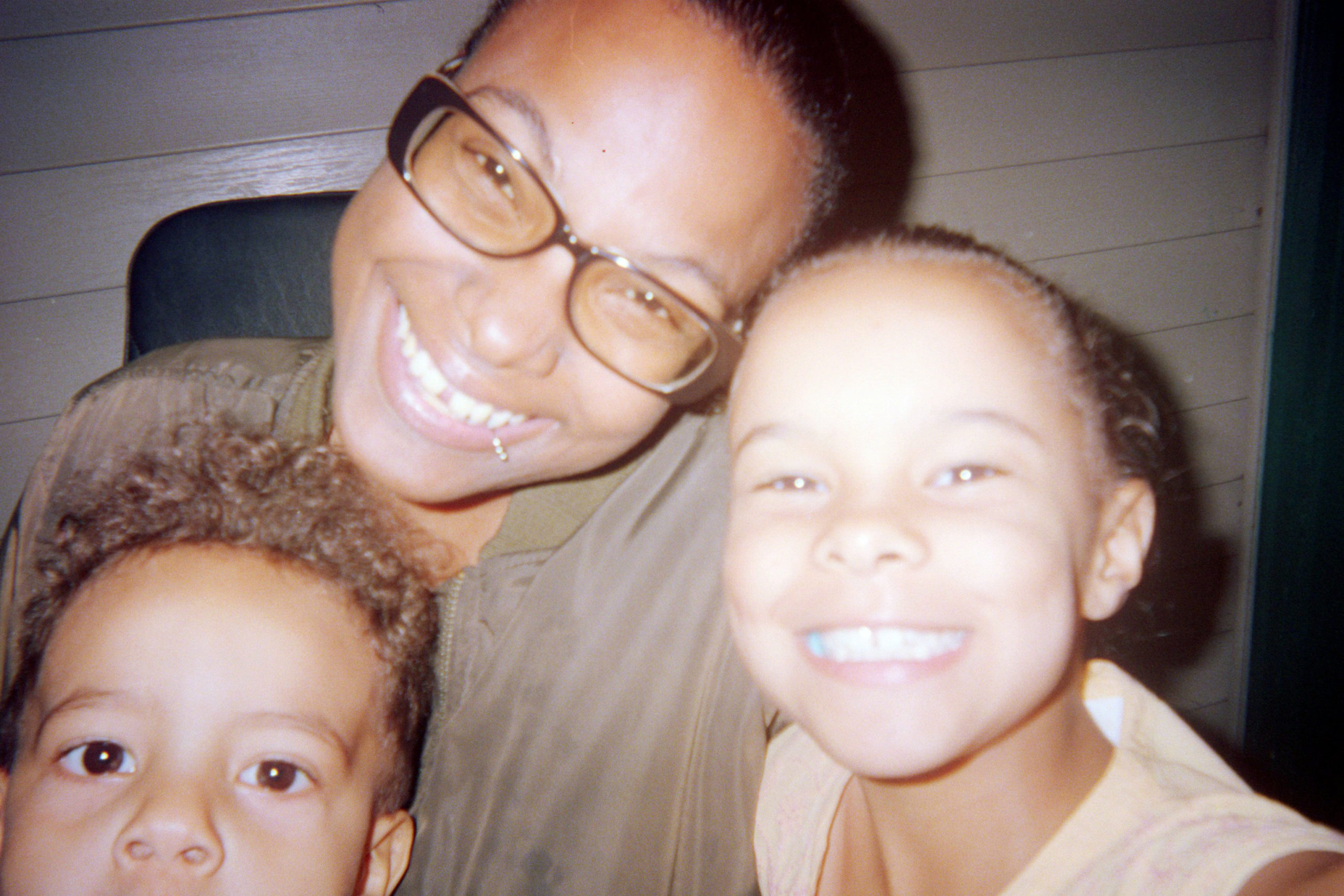 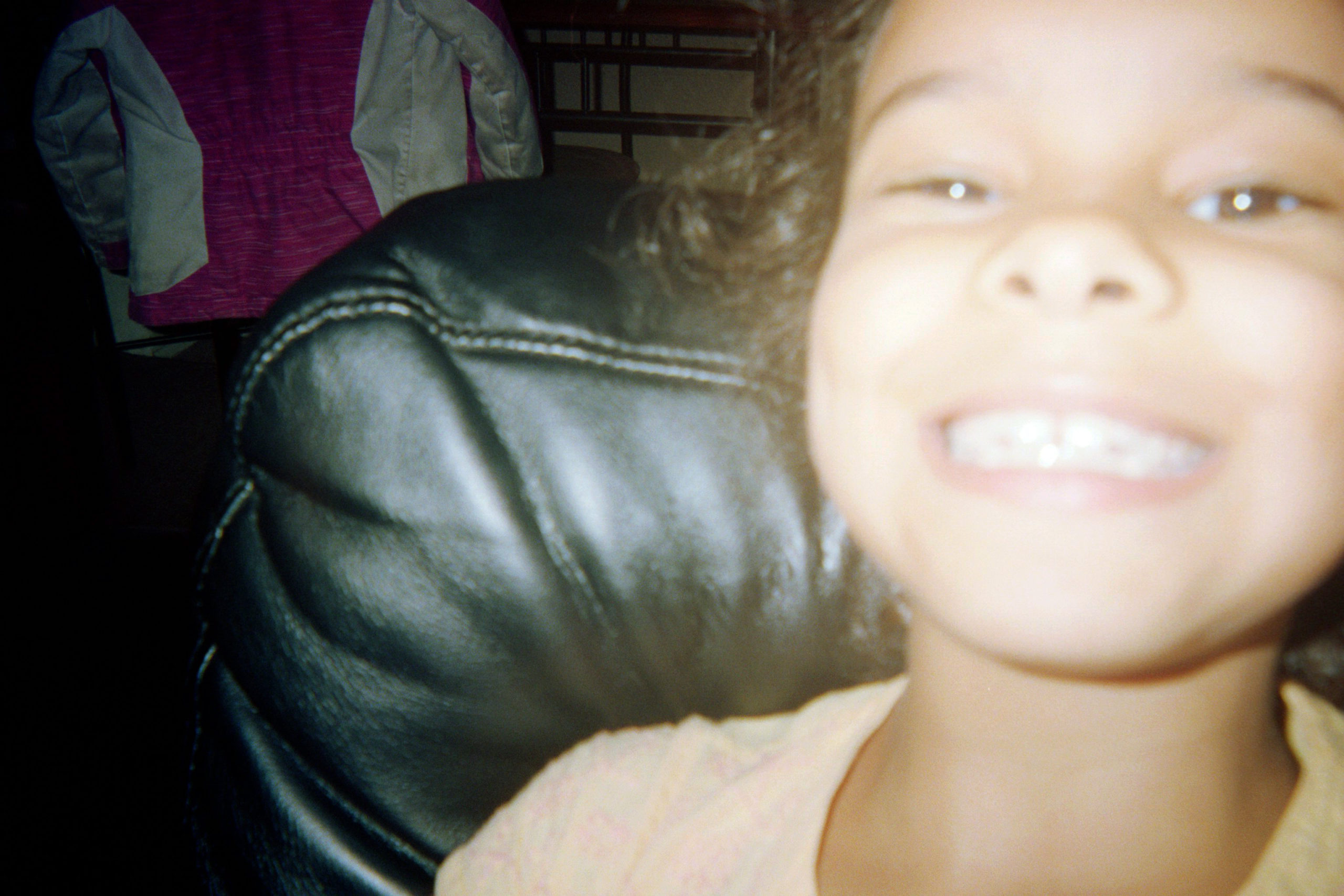 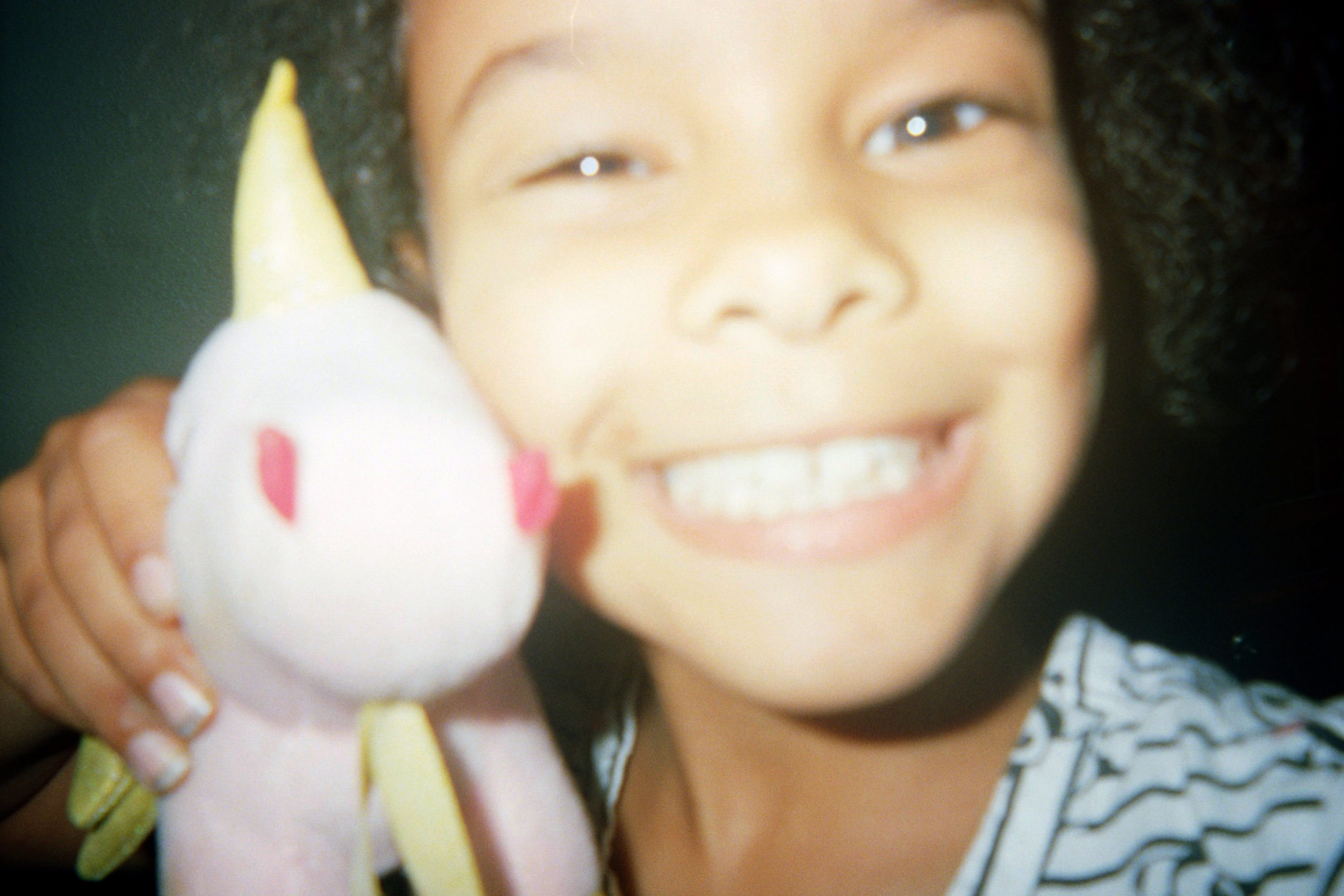 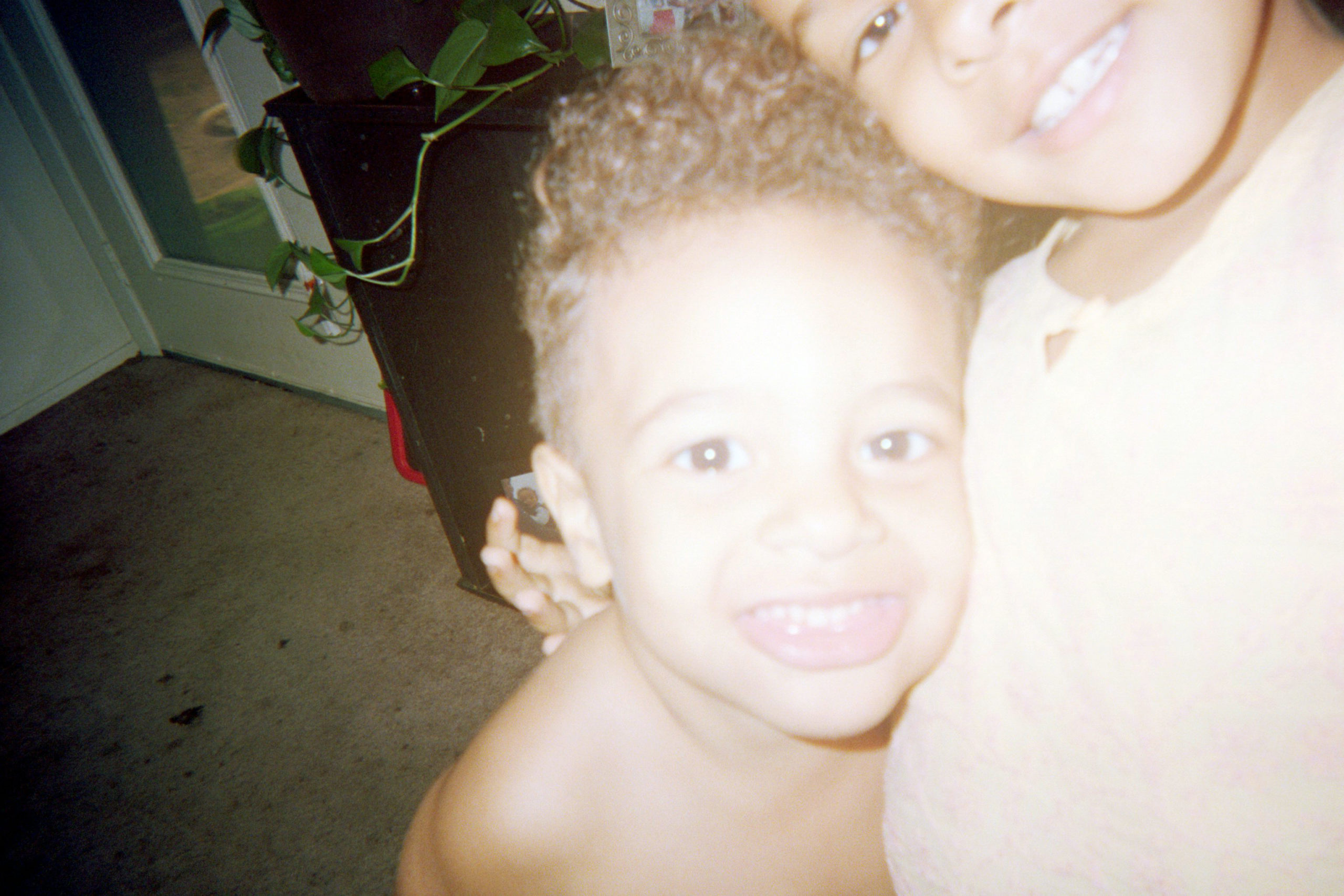 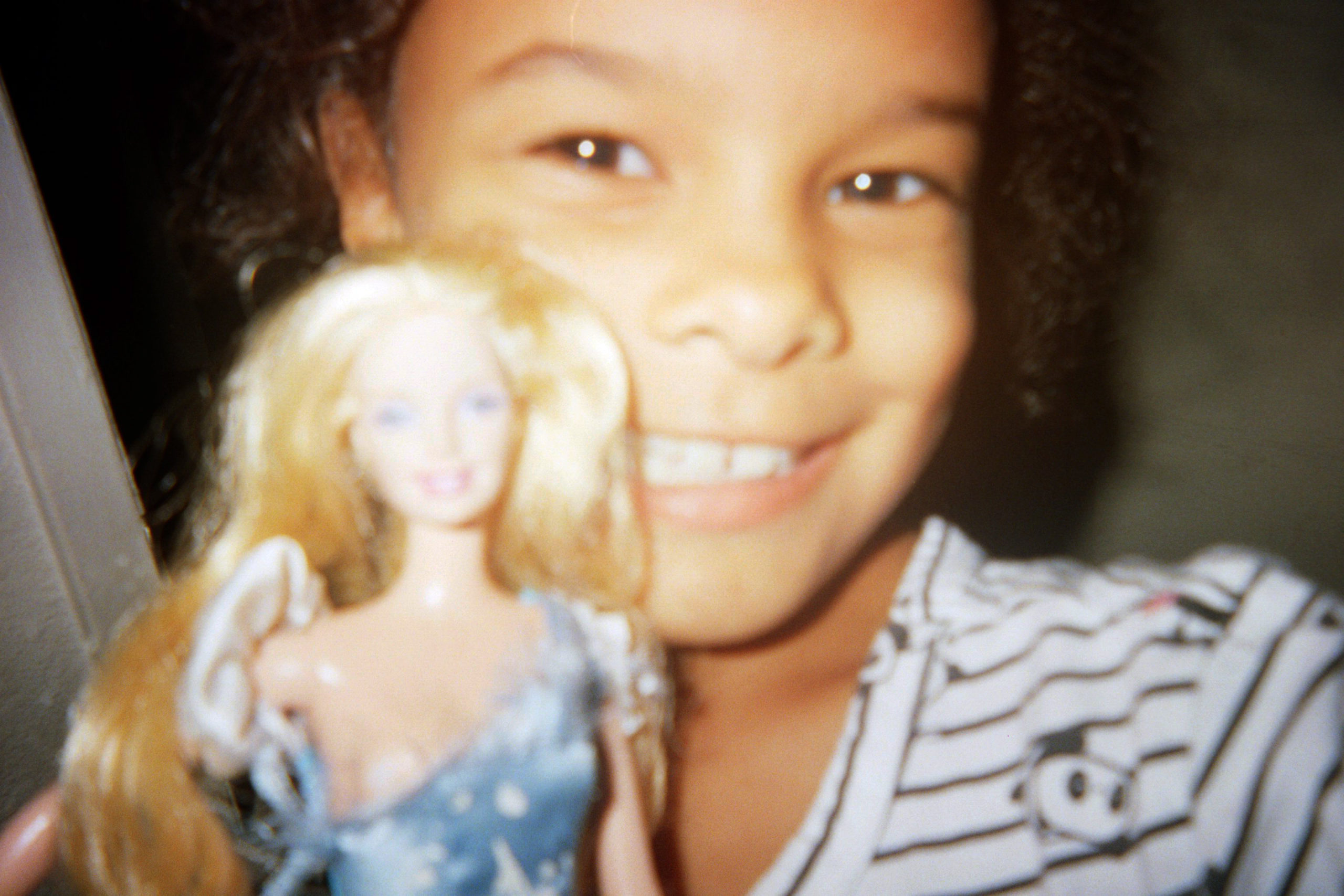 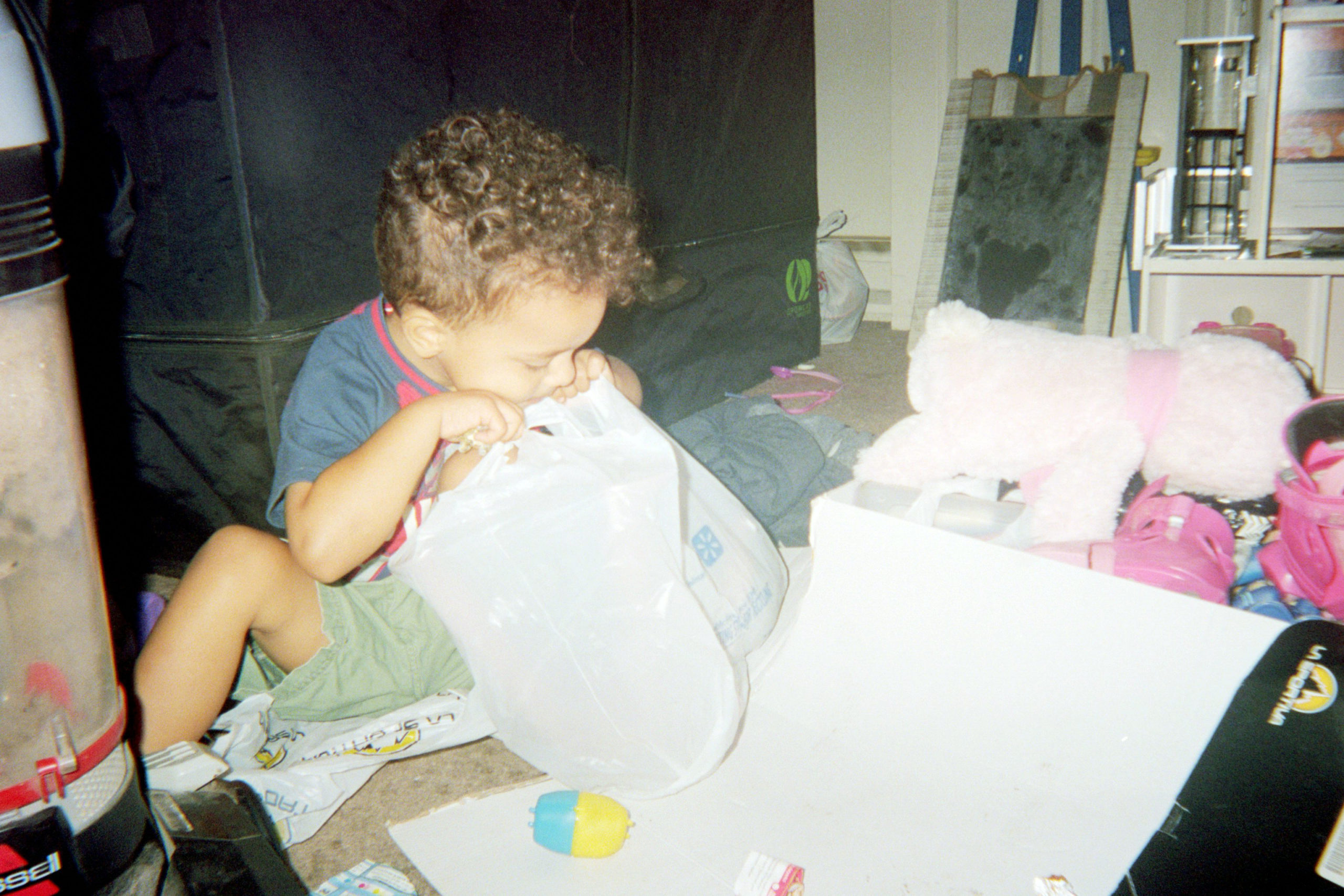 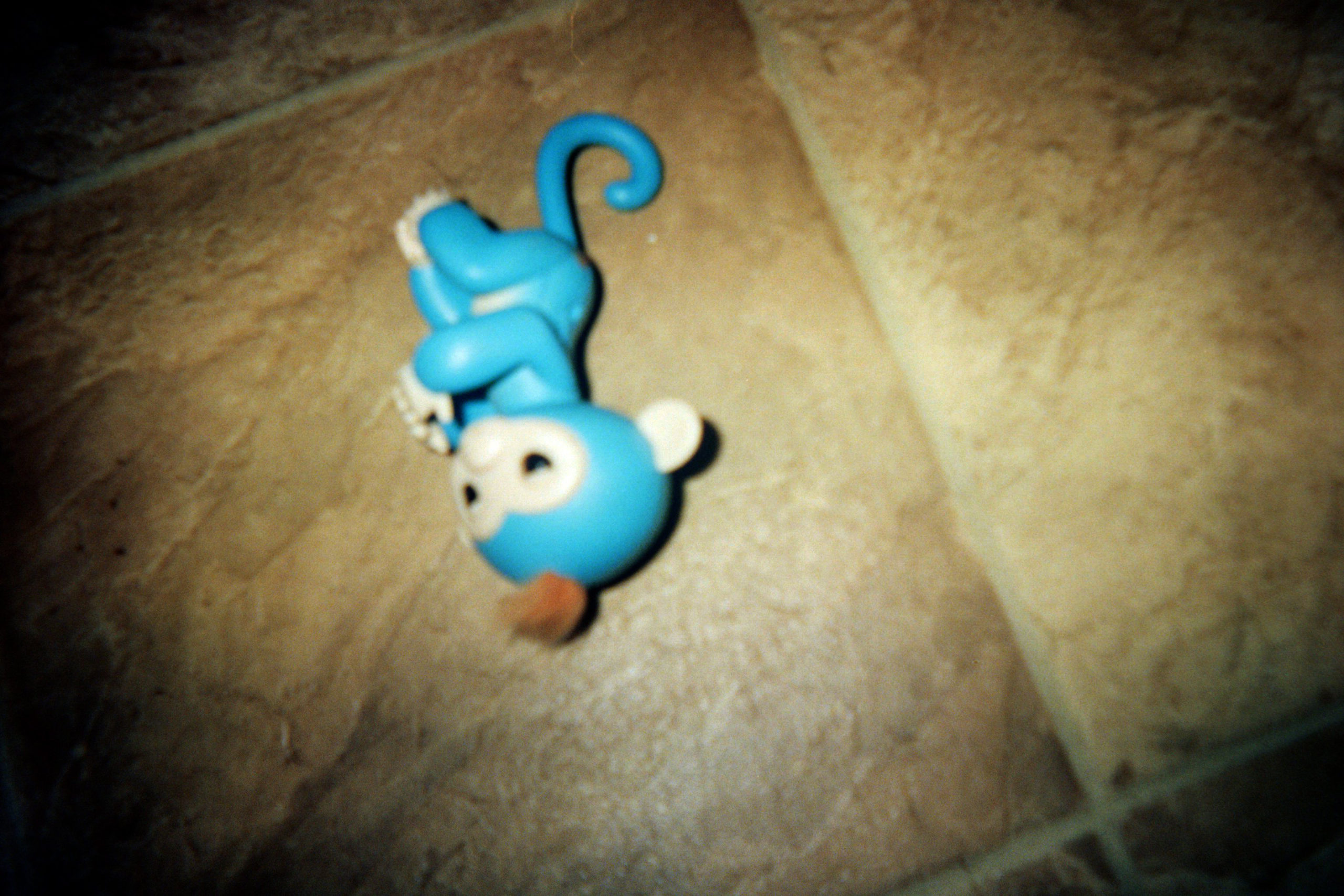 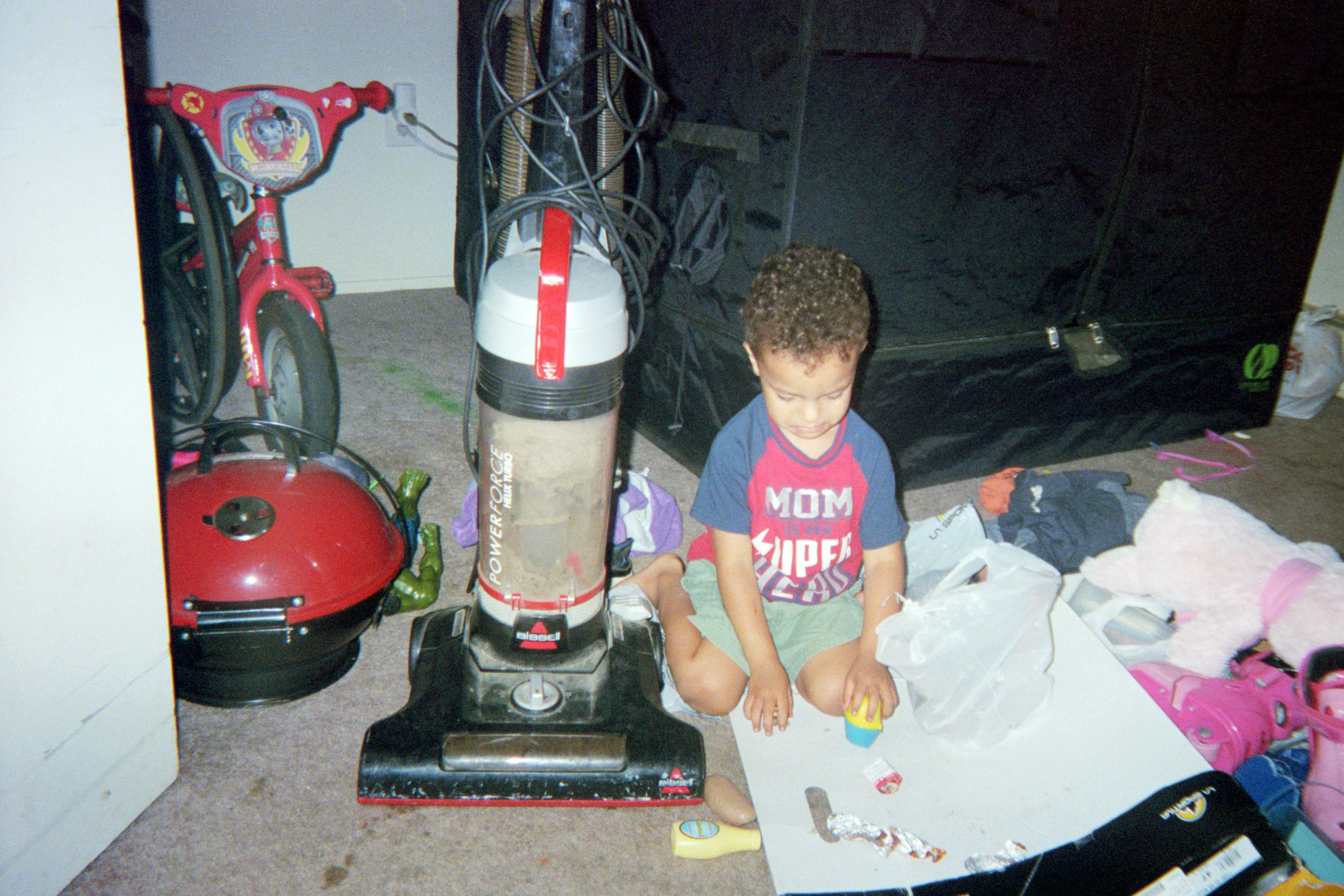 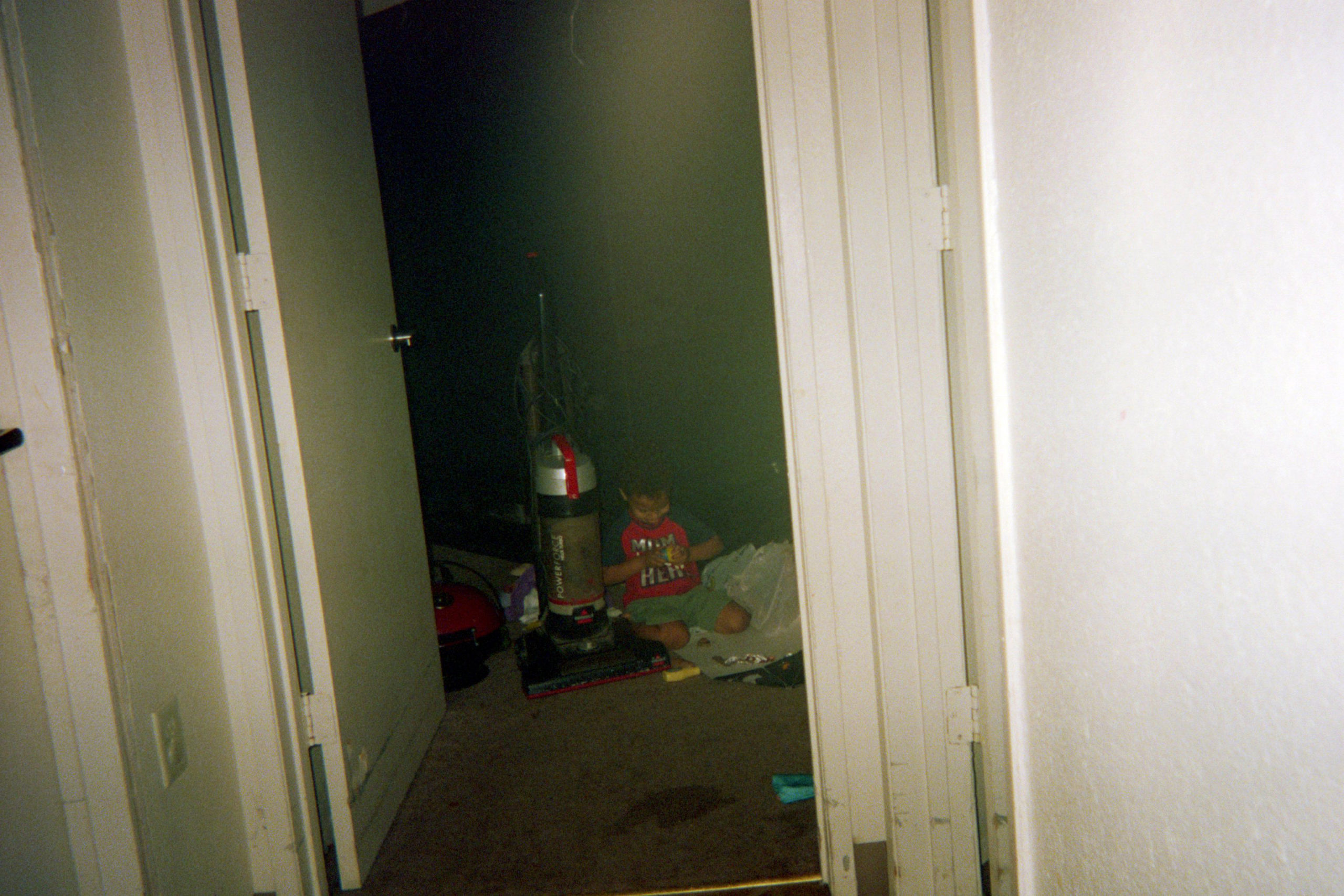 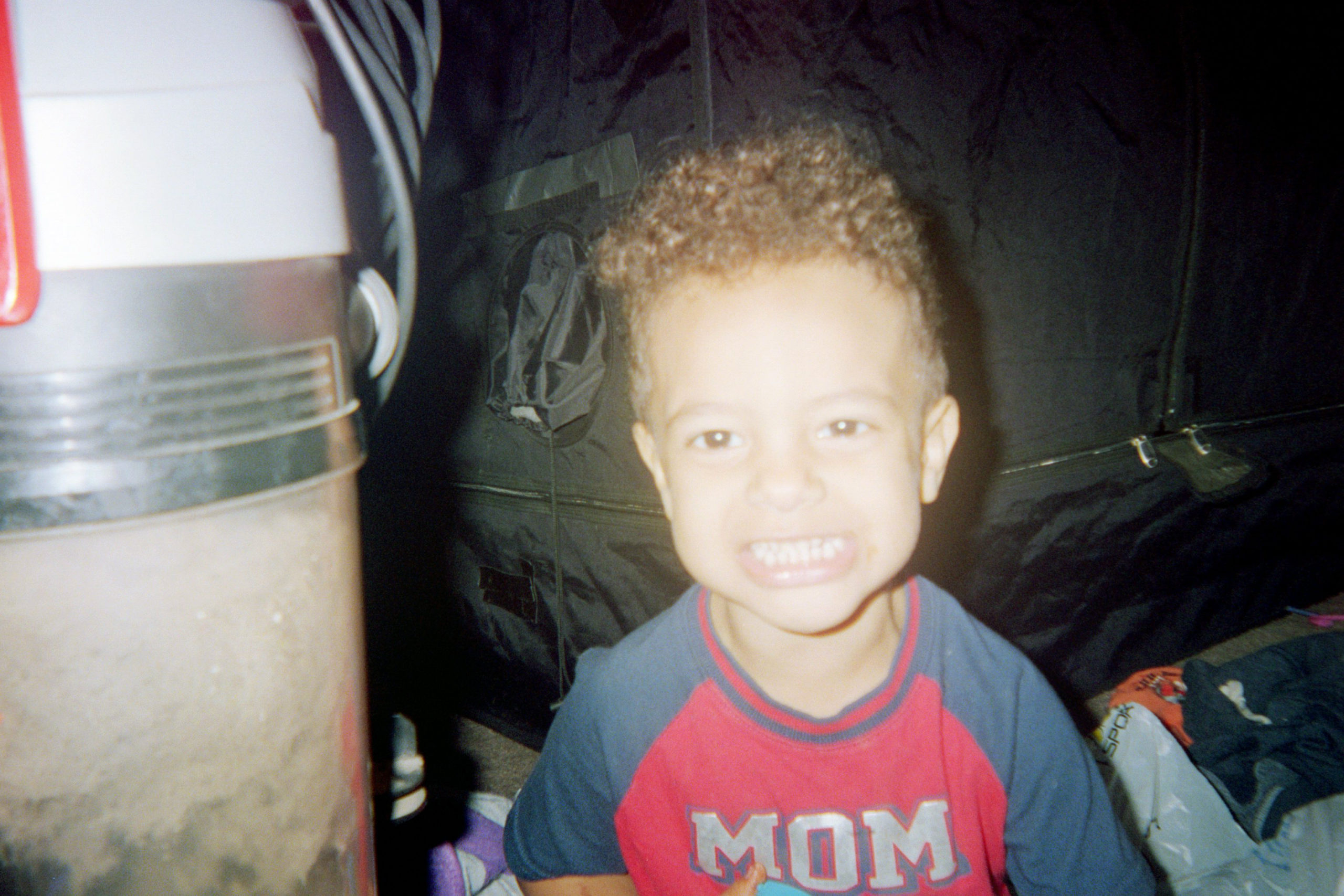 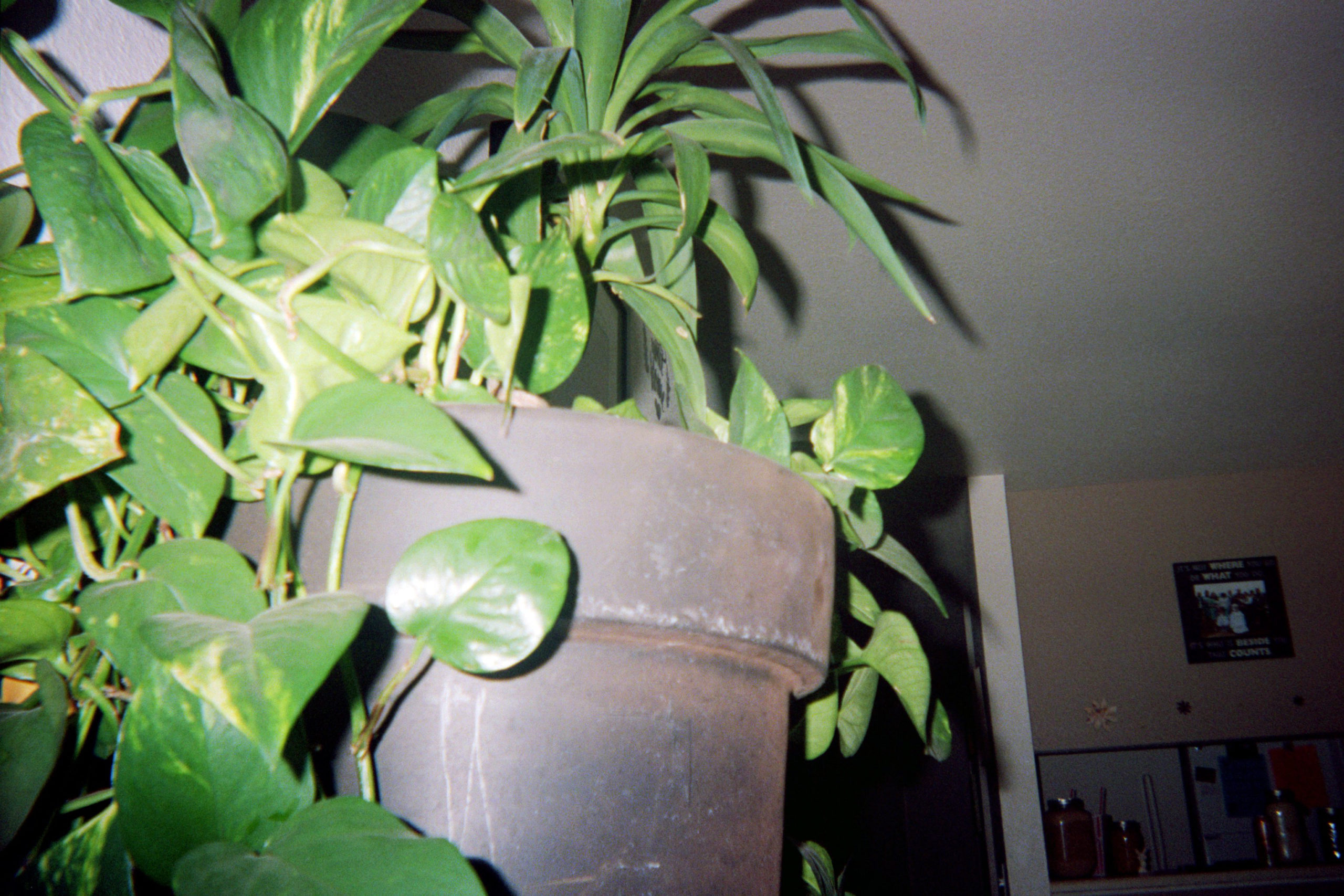 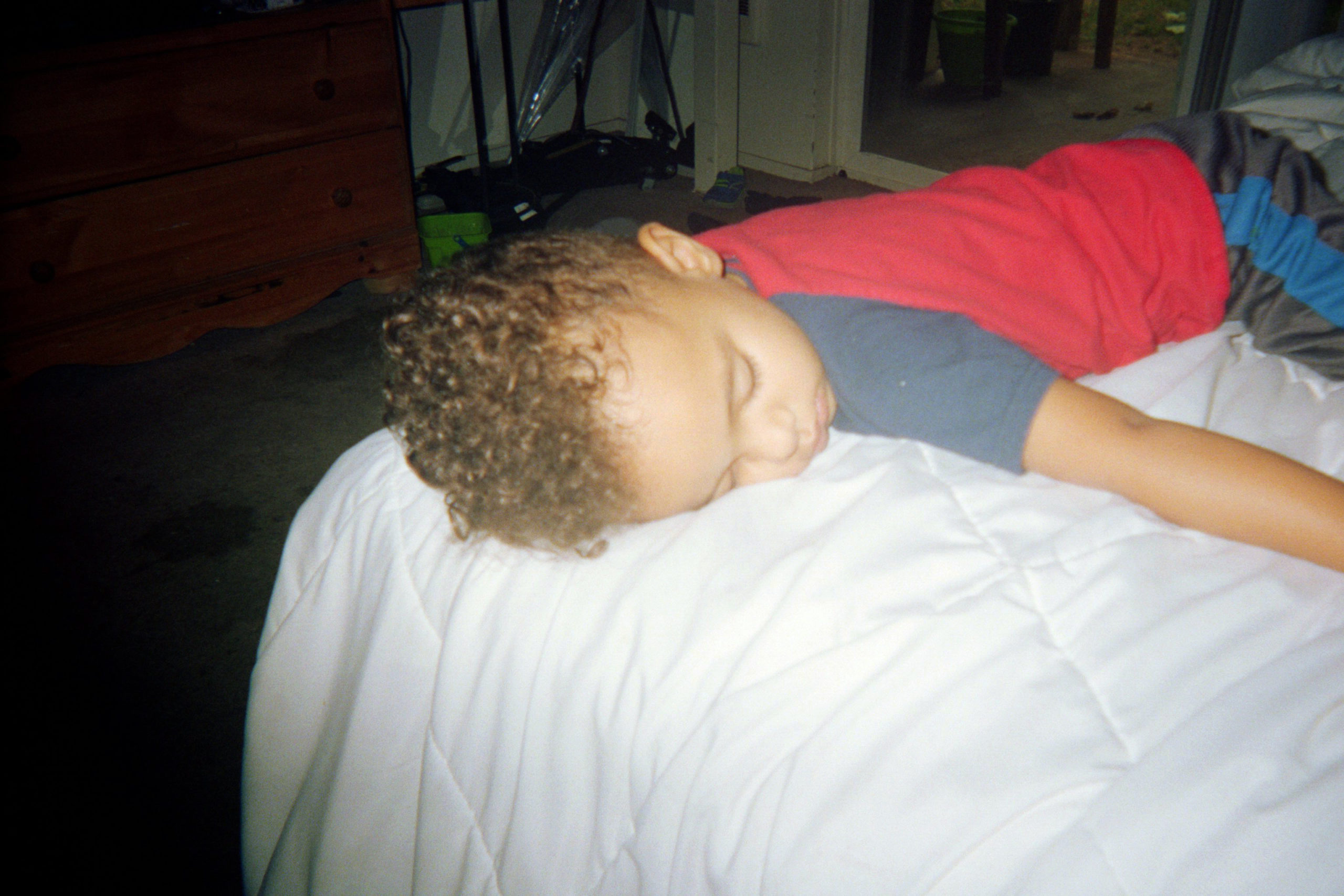 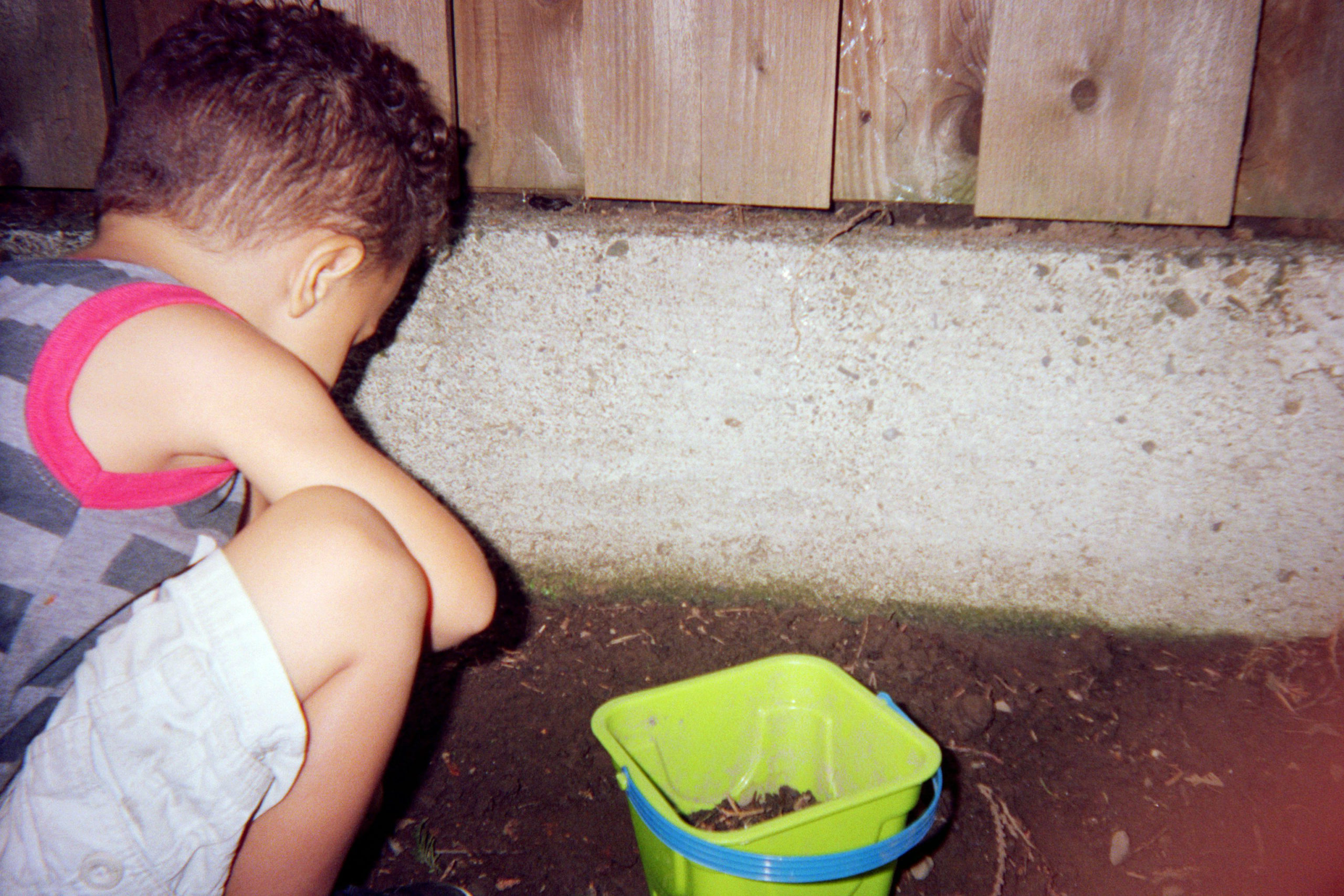 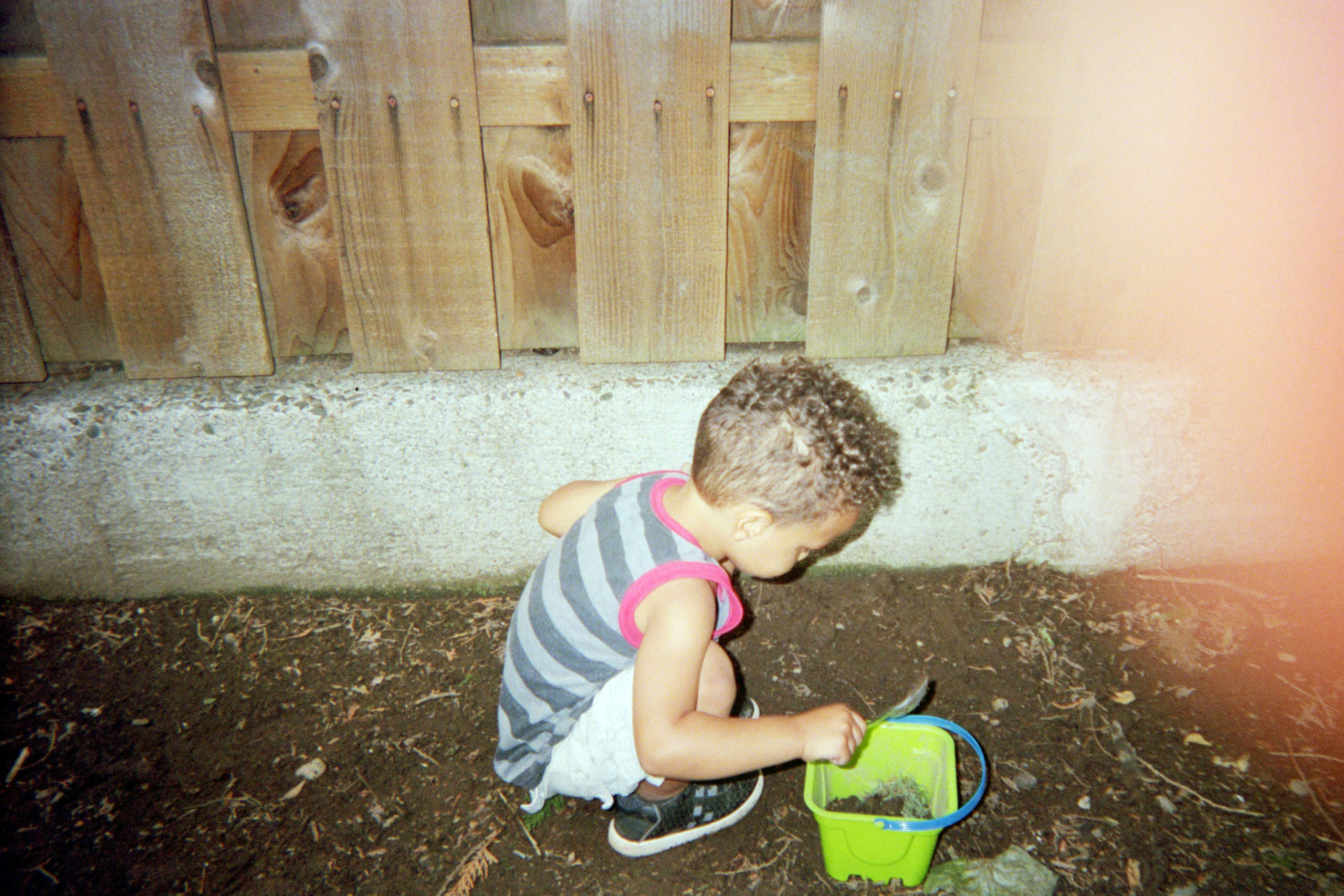 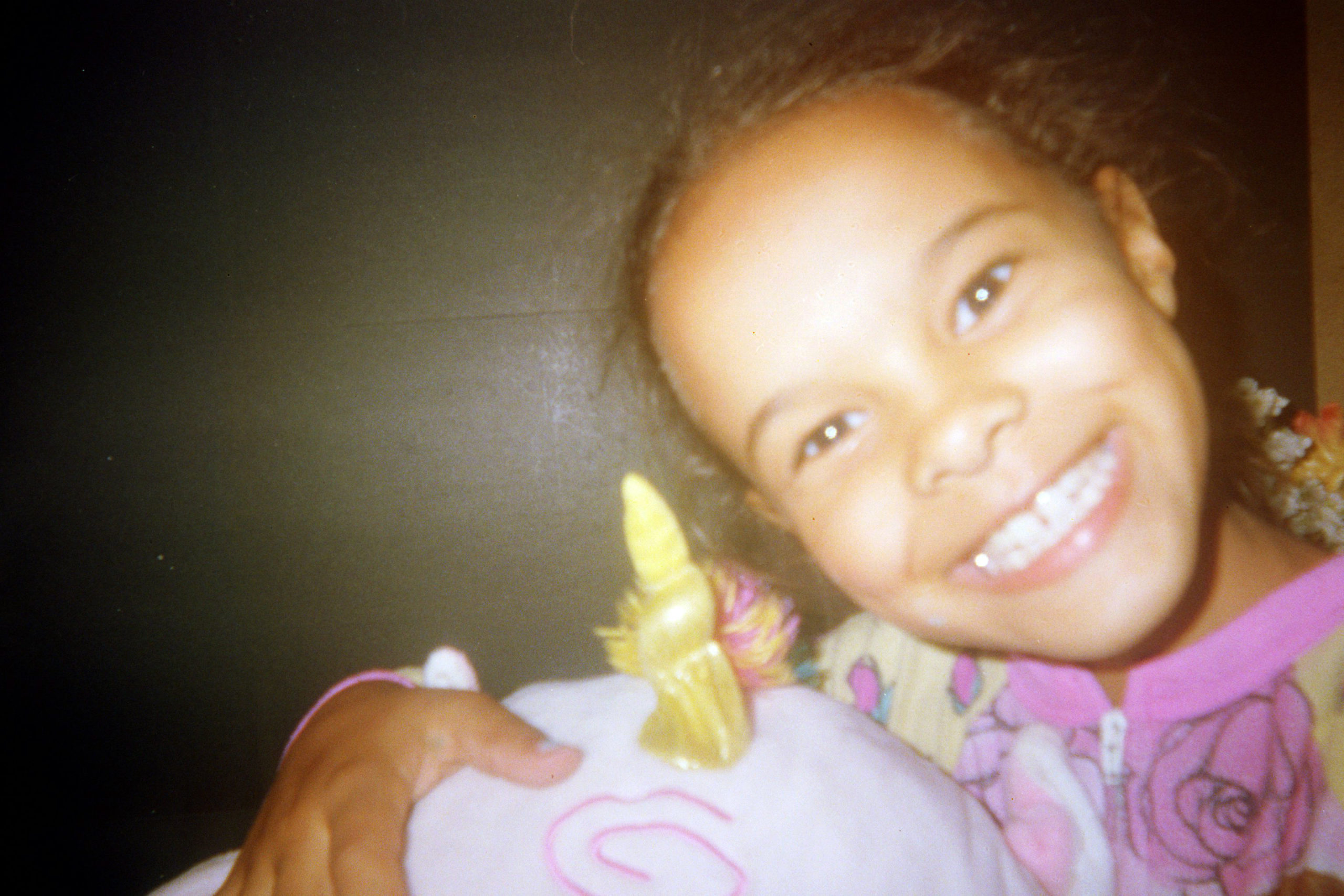 We gave Tobias' sister, Arianna Adams a camera and let her document her family. These are her photos, unedited. The photos are of Jasmine and Matt Adams, Tobias, 4, and Arianna, 8.

by Columbian photo staff
Next: Graduates