Under Construction in Clark County

Sunnier weather means Clark County will soon be in the grips of construction season. In fact, major projects are already underway.

Continued economic expansion, low interest rates and local population growth are some of the reasons that construction is booming this year. Recently the state Employment Security Department estimated Clark County supports 13,700 jobs in the construction sector, up 1,200 in one year. And contractors say they’d hire more workers if they could find qualified people.

There is no shortage of projects. Clark County and Vancouver issued $100 million worth of building permits in January and February, which are normally slow months for construction.

Here are a few of the larger projects currently underway: 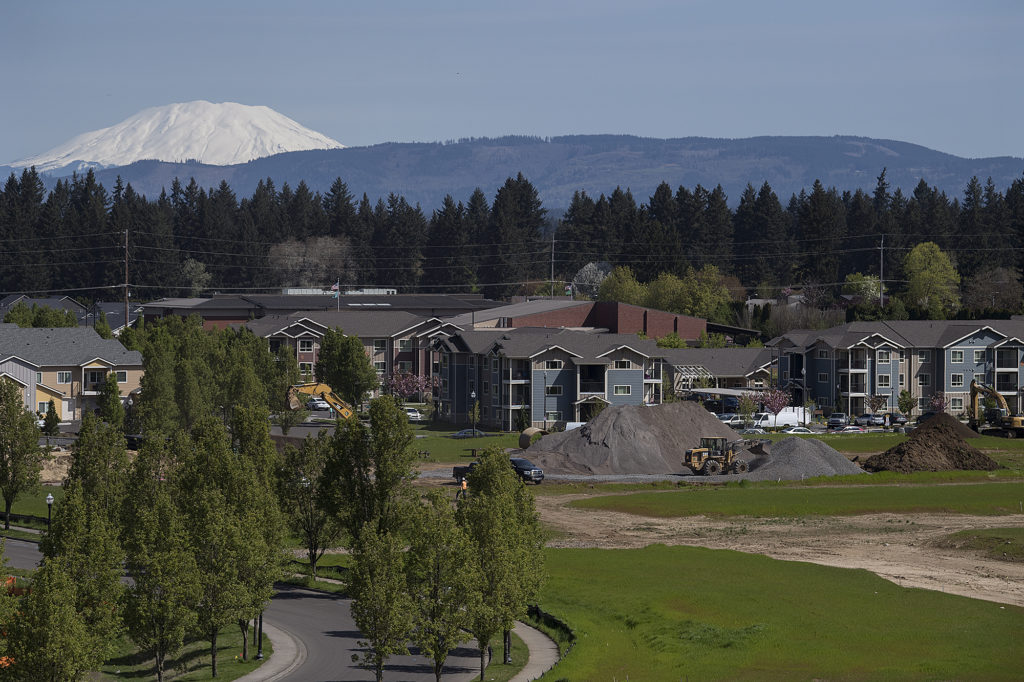 More than 400 homes have been proposed in the Landover-Sharmel neighborhood, near Northeast Four Seasons Lane. Ginn Development of Vancouver began grading and preparing the land last spring. The homes, according to the company, could sell for between $250,000 and $300,000, less than the county’s median price of $345,000 in February. (Amanda Cowan/The Columbian) 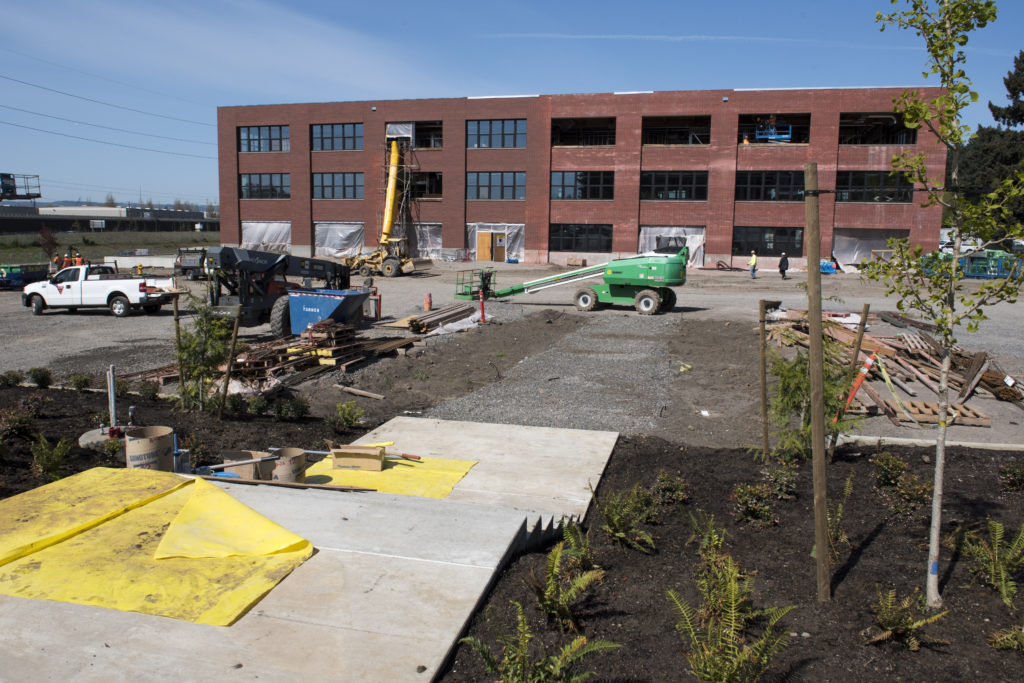 The new headquarters for Home Depot QuoteCenter will anchor an upcoming business park called Convene, just north of Highway 14 east of the Grand Central shopping center. This 45,000-square-foot building will open in June, and house 200-plus employees who are in charge of Home Depot’s online ordering software. Vancouver firm Killian Pacific, which is leading construction of the business park, expects 3,000 jobs could land there when the business park is fully built out. (Alisha Jucevic/The Columbian) 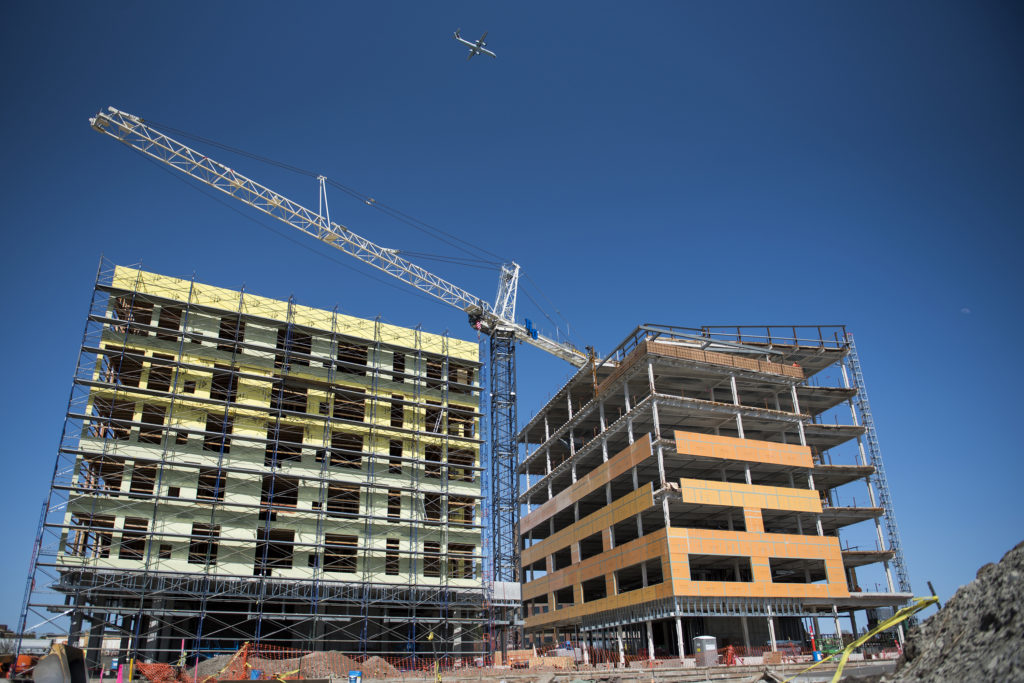 The Waterfront Vancouver, an estimated $1.5 billion project, will open its first sections to the public later this summer. Five buildings are already out of the ground, including these: a six-story apartment complex, left, and a seven-story office tower. Roughly 260 residences, five restaurants, a park and a pier are set to come online this year just downstream of the Interstate 5 Bridge. (Alisha Jucevic/The Columbian) 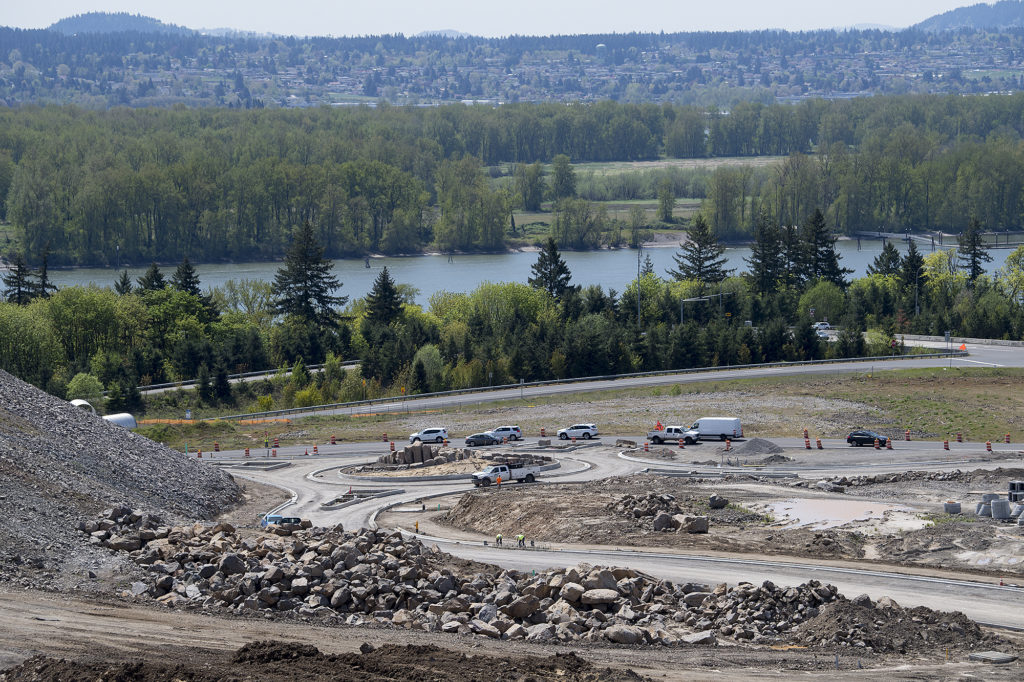 Columbia Palisades is installing infrastructure at this former quarry, near the Southeast 192nd Avenue exit off state Highway 14. The 84-acre mixed-use project includes retail and office space, as well as 300 multifamily residences and 50 homes. According to the Southwest Washington Contractors Association, grading and site work alone has cost more than $10 million. (Amanda Cowan/The Columbian) 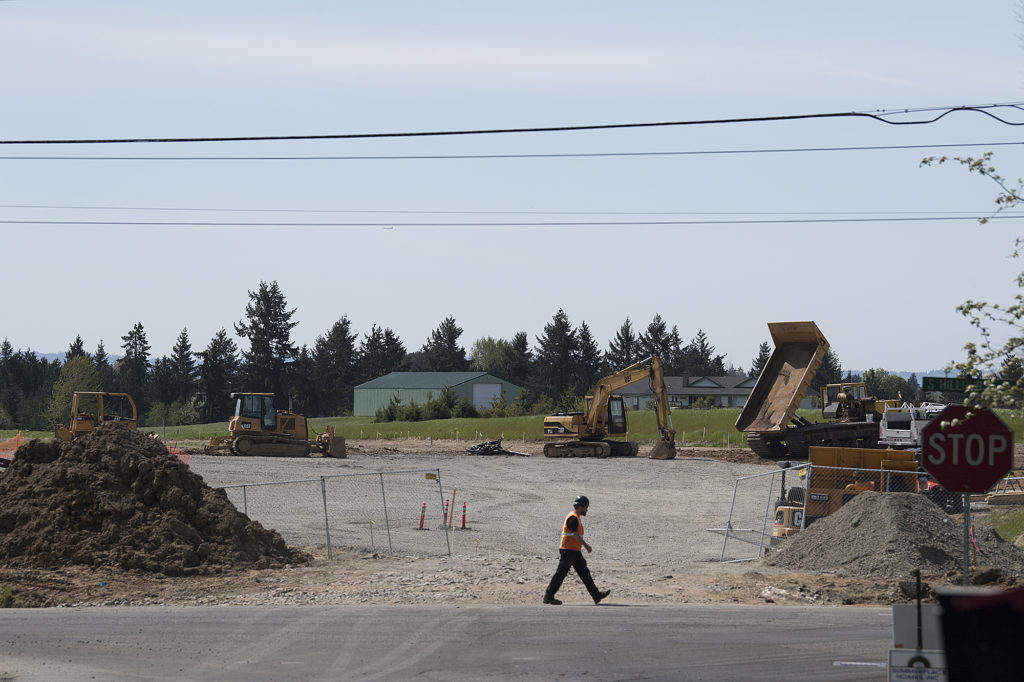 The publicly owned Ridgefield Outdoor Recreation Complex broke ground in August. Unlike other large projects in Clark County, the $20 million project focuses on recreation. Its version of “mixed-use” is six multipurpose turf fields that can be used for baseball, softball, football, soccer and more. There will be tracks for runners, picnic tables and an amphitheater. It is slated to open later this year. (Amanda Cowan/The Columbian)

by Tom Vogt
Next: Austin Justin