‘We’re for everybody,” said Phil Eath, floor manager at Tola Angkor Market. “That’s how we want it.”

His colorful, crowded grocery store is one of several in Vancouver specializing in food from around the world.

While immigrants find the flavors and feelings of home, everyone gets more variety and options in these local markets, often called “a hidden gem” and “a hole in the wall” by customers.

If you live in Vancouver, you probably live close to one. Below we’ve featured three markets, but there are about two dozen scattered around the county. A map online at columbian.com shows where you could pick up pelmeni, challah bread, carnitas, bao — whatever not-found-in-supermarkets food you might be craving or wanting to try — without having to buy an international plane ticket. 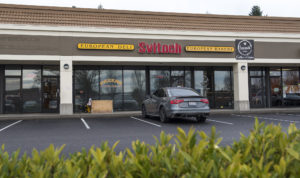 Svitoch in Ukranian refers to the first light of a sunrise. The grocery store’s adjacent Sweet Touch Coffee is a play on that word.

“Me and my husband, we just started baking bread,” said owner Olga Mikhalets. She learned to bake from her mom and grandmother, who often stop by the store.

Svitoch still sells homemade white bread for $2.99 a loaf. The European deli and bakery by Vancouver Mall has grown a lot since it opened in 2002 — and so have its owners’ children.

When Olga Mikhalets came to Vancouver from Ukraine in 1996 her son Slav was just 3 months old. Now, Slav, 21, and his brother Ben, 20, have teamed up to open Sweet Touch, a cafe and coffeehouse next to the grocery store. It showcases the business’ popular European baked goods such as French macaroons and desserts common at Ukranian weddings, but it also serves crepes and has benefited from the brothers’ marketing.

That means a hefty presence on Yelp, Facebook, a slick website and roadside signage, the type of advertising small international markets typically don’t have.

“I’m so proud of how they’ve done it,” Olga Mikhalets said. “I’m more confident because my kids are here.”

Ben Mikhalets said that while the store certainly caters to the large local Slavic community, about 70 percent of customers are English-speaking. European customers usually grab what they want and are in and out pretty quickly, he said. People not familiar with European food have questions and may be trying things for the first time.

“I think a lot of people just like consistency, so it’s almost hard to introduce new things. That’s what we’ve been battling with in a way,” Ben Mikhalets said. “We tell them ‘what you’re eating right now that’s sold on the other side.’ … It could be like ketchup even, European ketchup. It’s literally the same thing. People are just skeptical sometimes.” 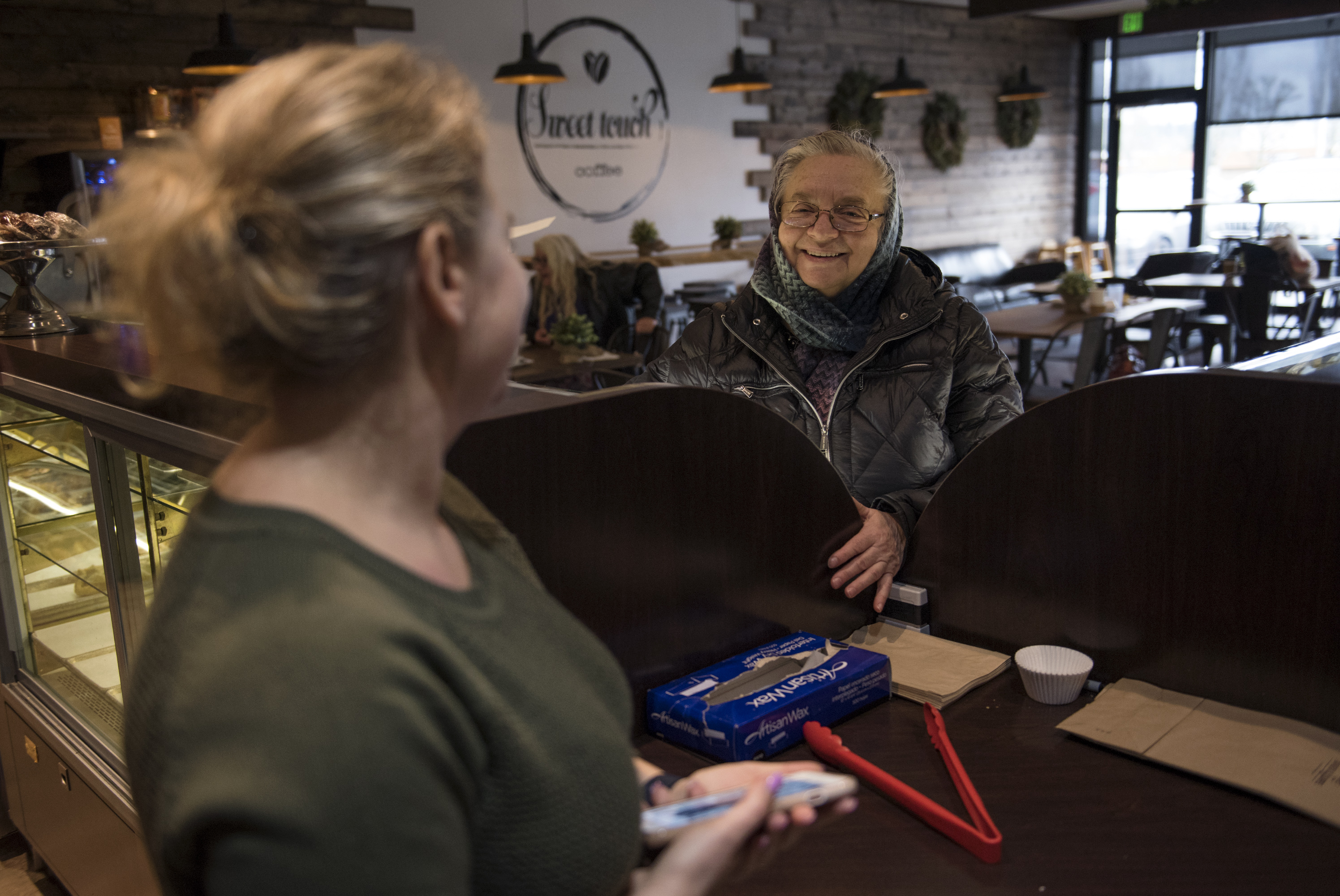 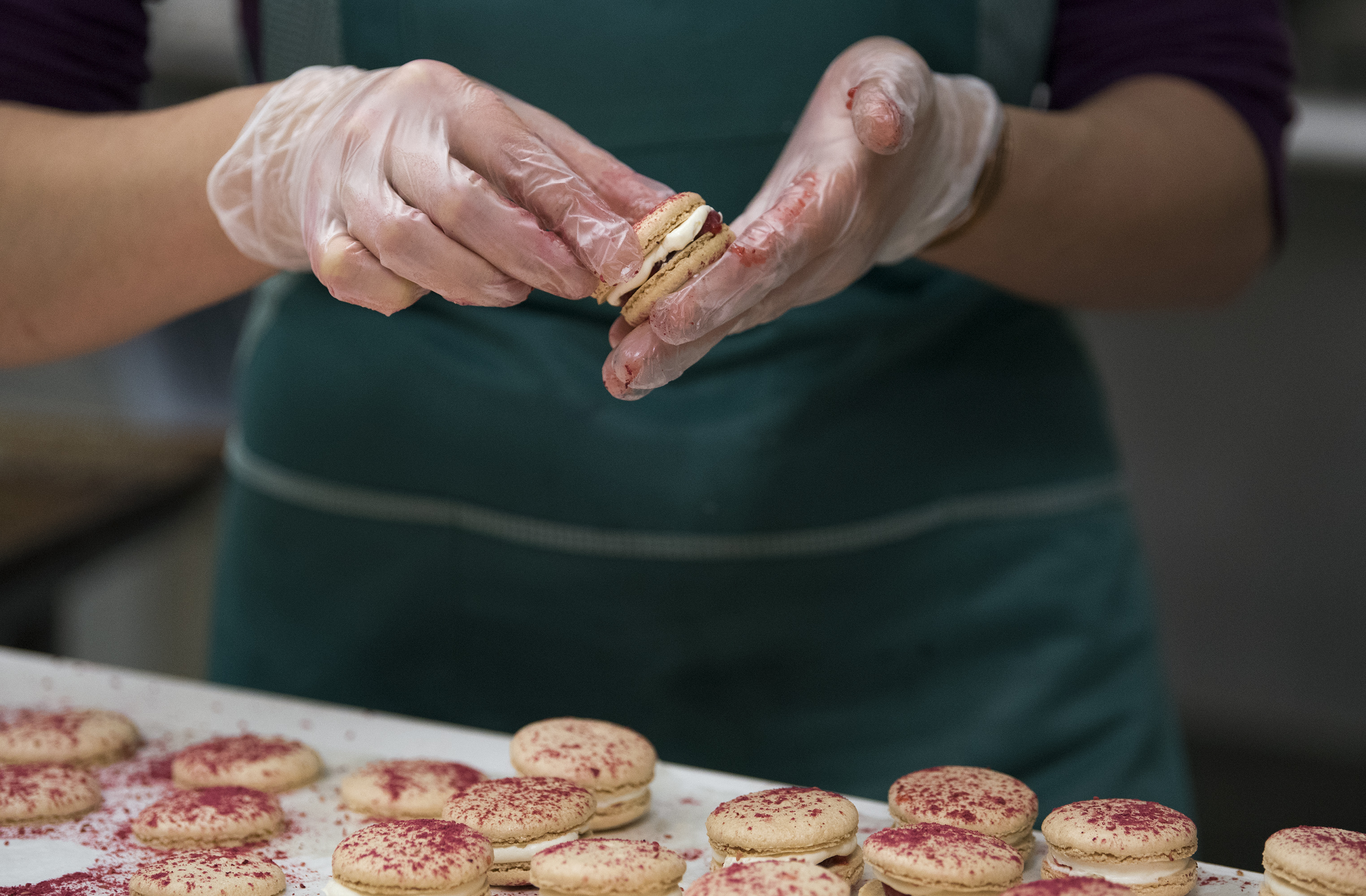 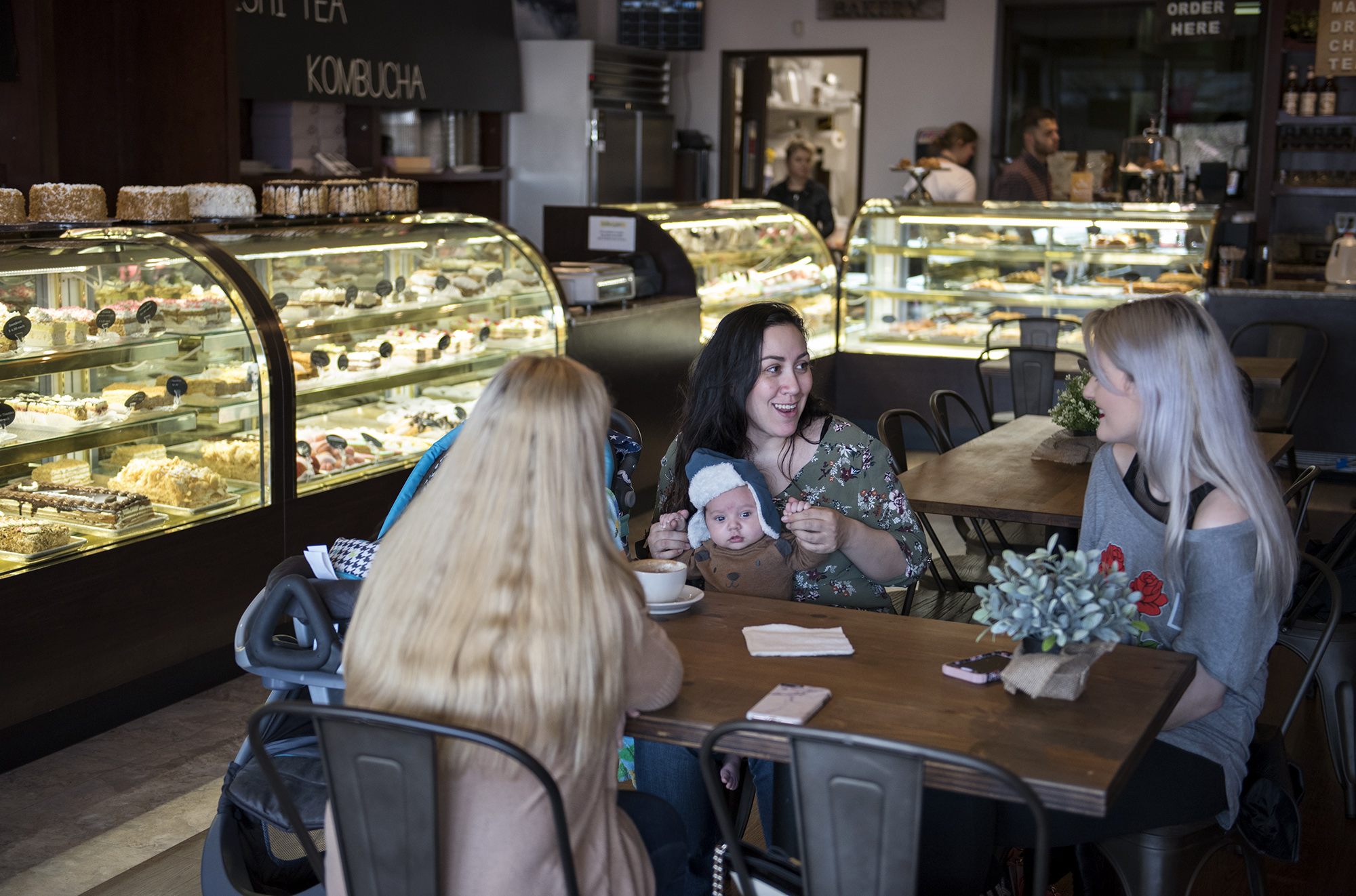 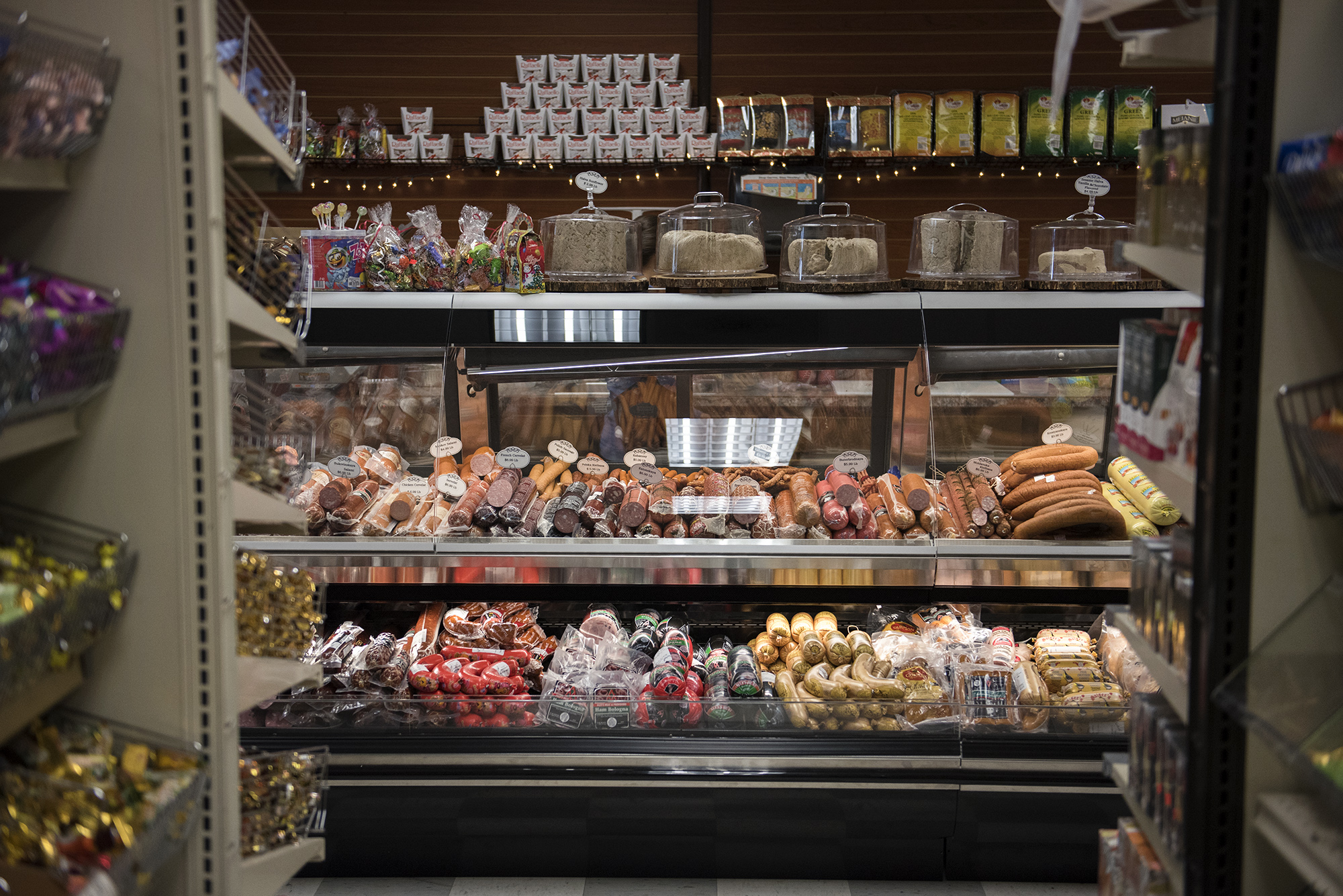 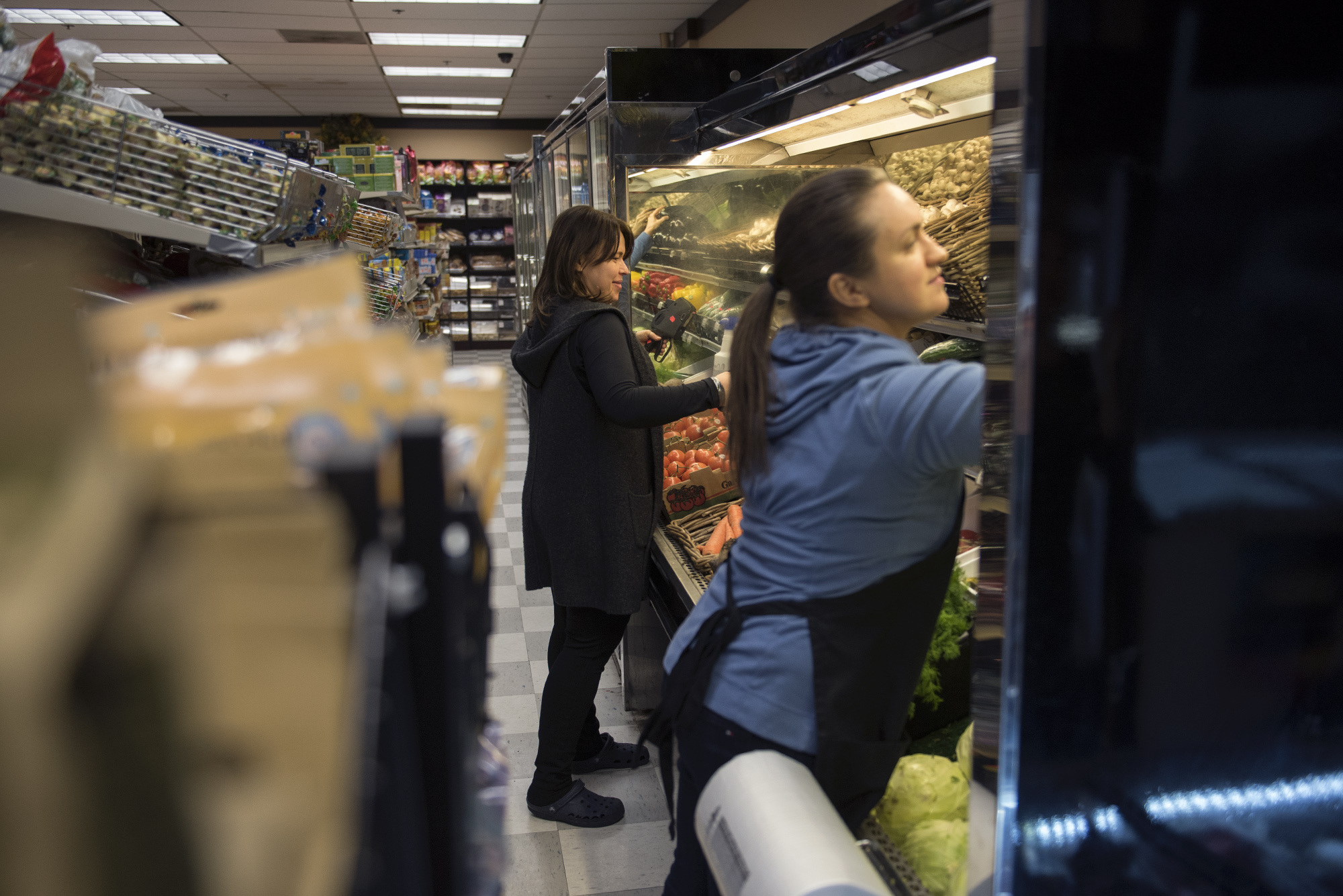 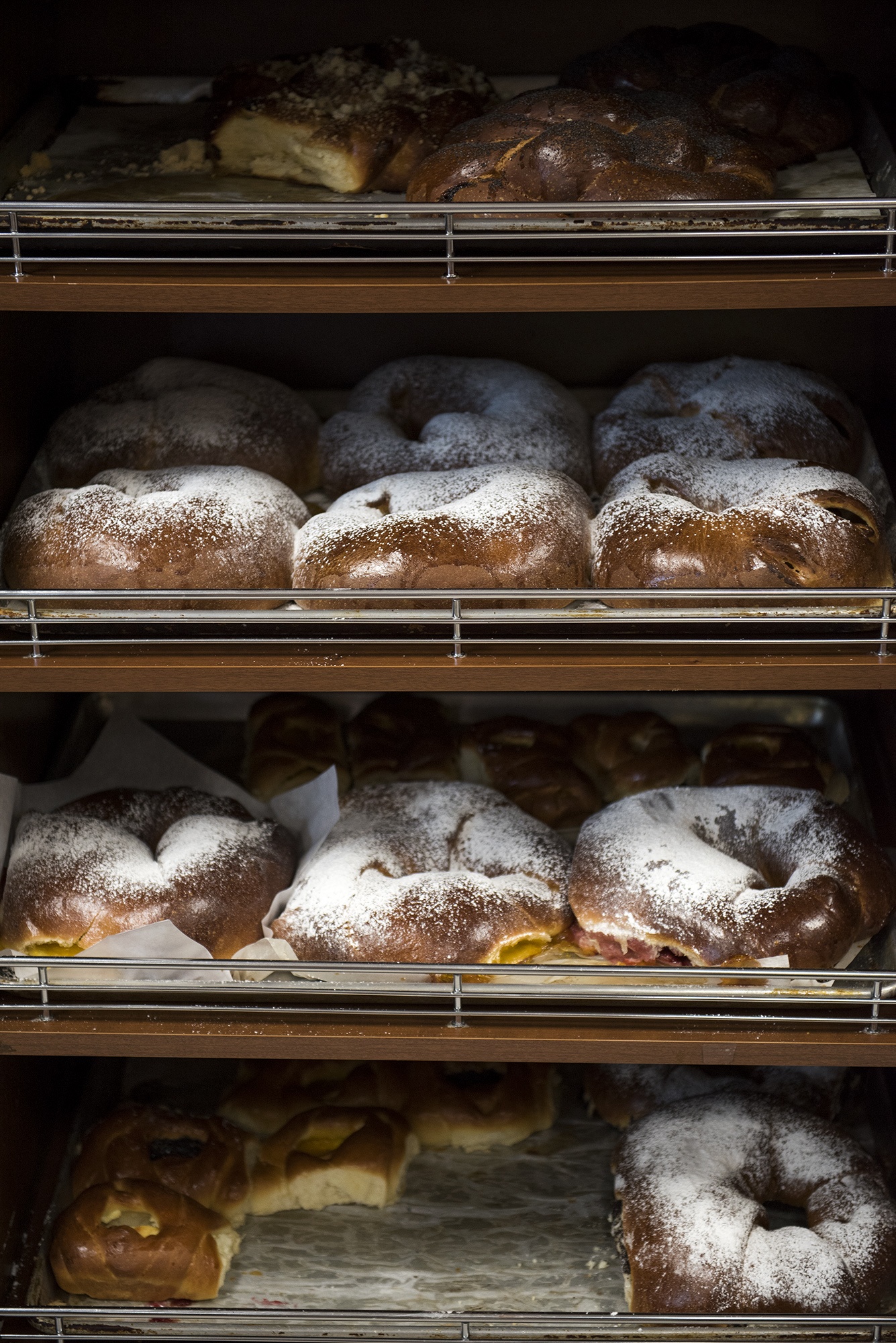 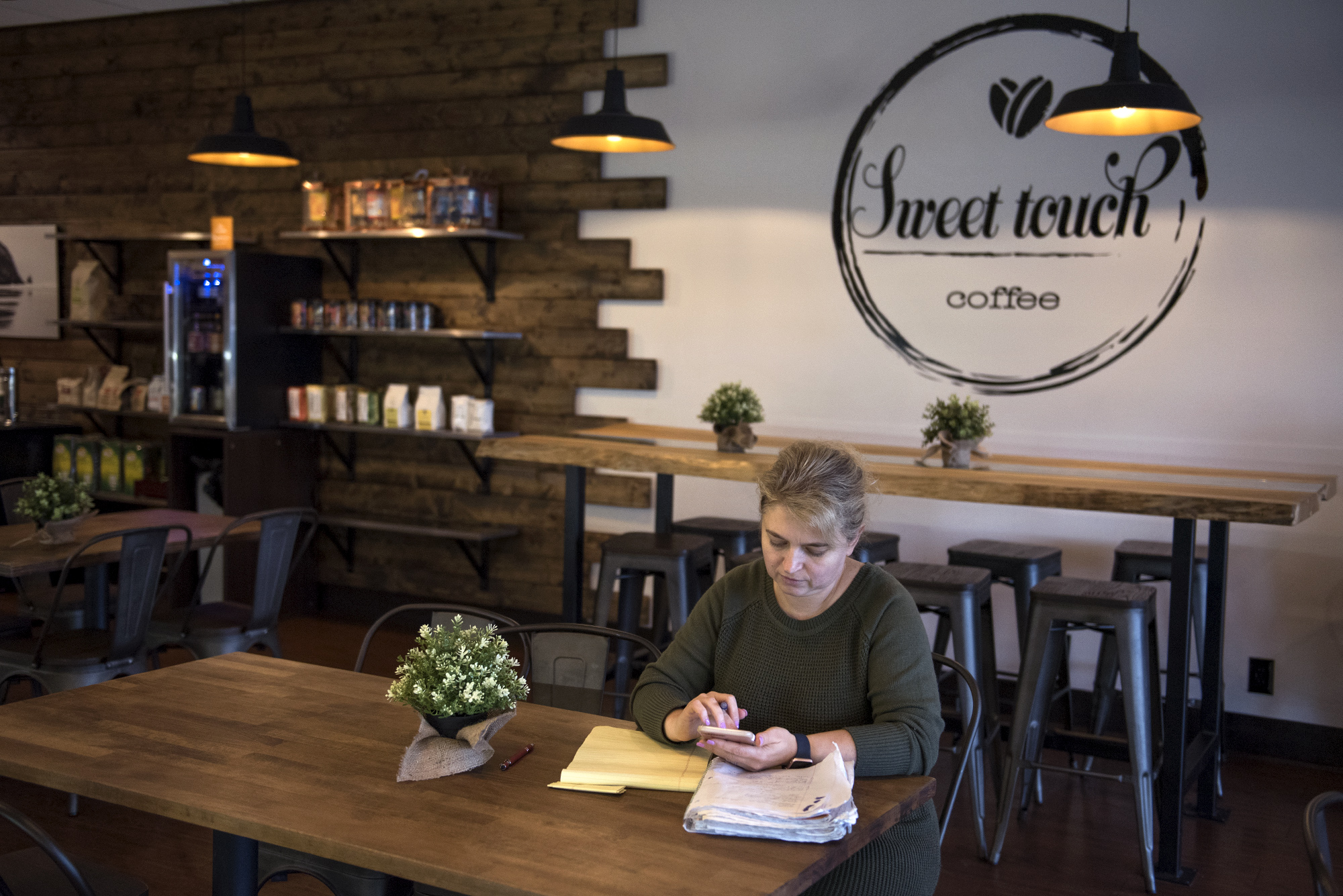 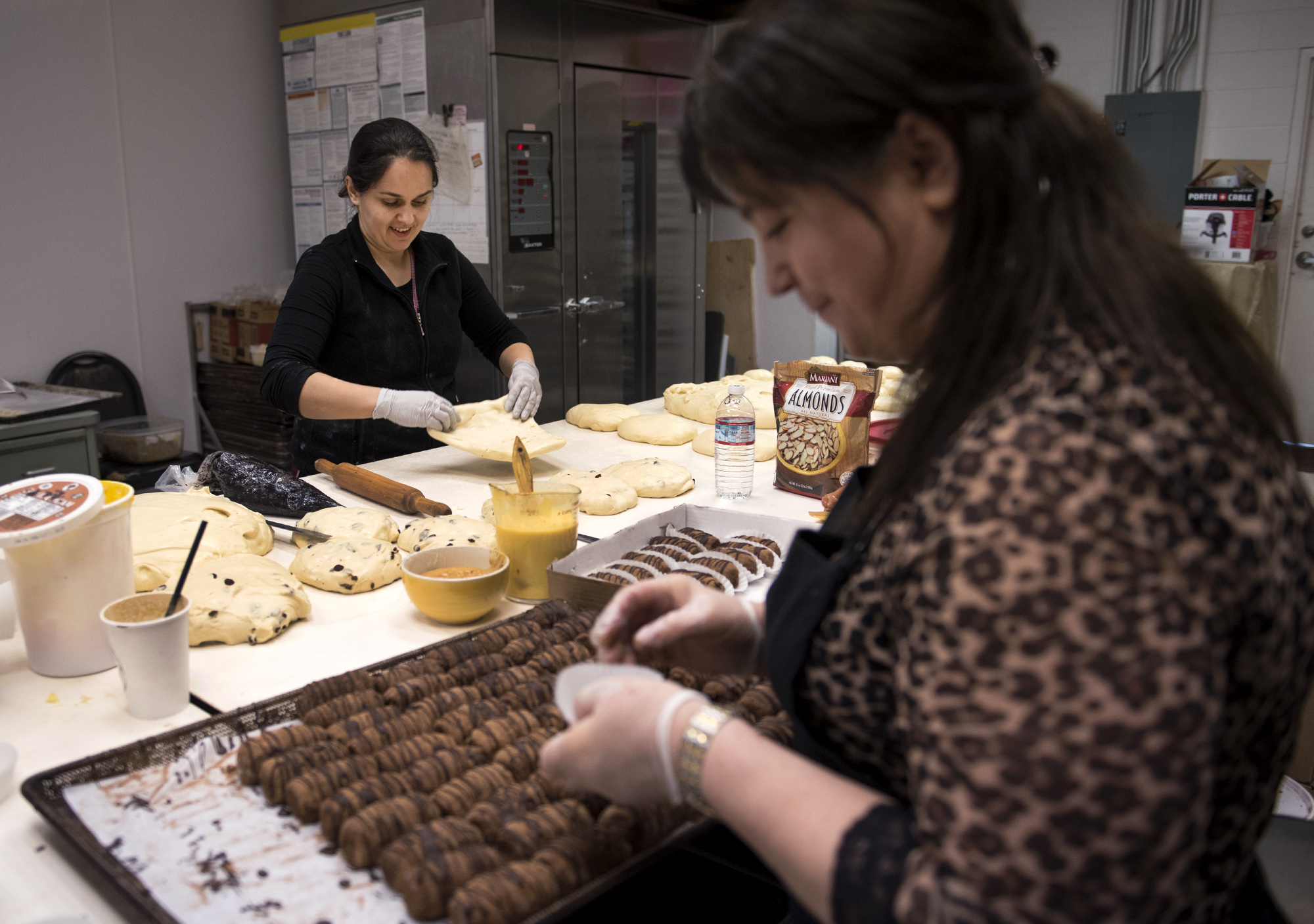 Between the two storefronts there’s a mix of savory and sweet offerings. Some of the more popular items are pelmeni (dumplings filled with chicken, pork, beef or cabbage), olivye (a type of potato salad with ham, carrots and peas), challah bread (braided Jewish bread), kielbasa (a type of sausage) and anything pickled. The bakery and deli items are made from scratch throughout the day while pantry items are imported.

The cafe is the brothers’ testing ground; they’re experimenting with making savory crepes. What’s more, they have ambitious plans to open a cafe, bakery and roastery — a solid brunch place — in a bigger building. 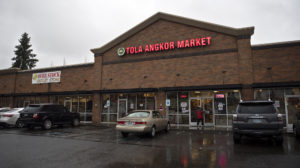 Tola Angkor is not a large store, but its aisles are packed with sauces, spices, noodles, produce, frozen fish and more. Fridays are a good time to shop at the east Vancouver market; shipments typically arrive on Thursdays and you’ll find fresh-baked goods such as purple yam bread.

Coffee and instant noodles are among the most commonly-bought items.

“You can find a lot of things here,” said Eath, the market’s floor manager. He and his parents, the store’s owners, all hail from Cambodia.

Although he went to machinist’s school and worked in a machine shop for a while, he manages his parents’ store and dreams of someday opening an Asian supermarket in Vancouver — something he said the city lacks. The largest Asian chain in the country, 99 Ranch Market, opened a store in Beaverton, Ore. last summer in a supermarket building that used to house Haggen Foods and Albertson’s before that.

Angelica Guzman, who is visiting from Guam, was shopping at Tola Ankgor one afternoon in search of some specific spices.

She was planning to make sushi for her daughter and some kadun pika, meaning spicy chicken in Chamorro, so she was on the lookout for denanche, a garlic and pepper paste.

“It’s good for the weather. It keeps you warm,” she said. 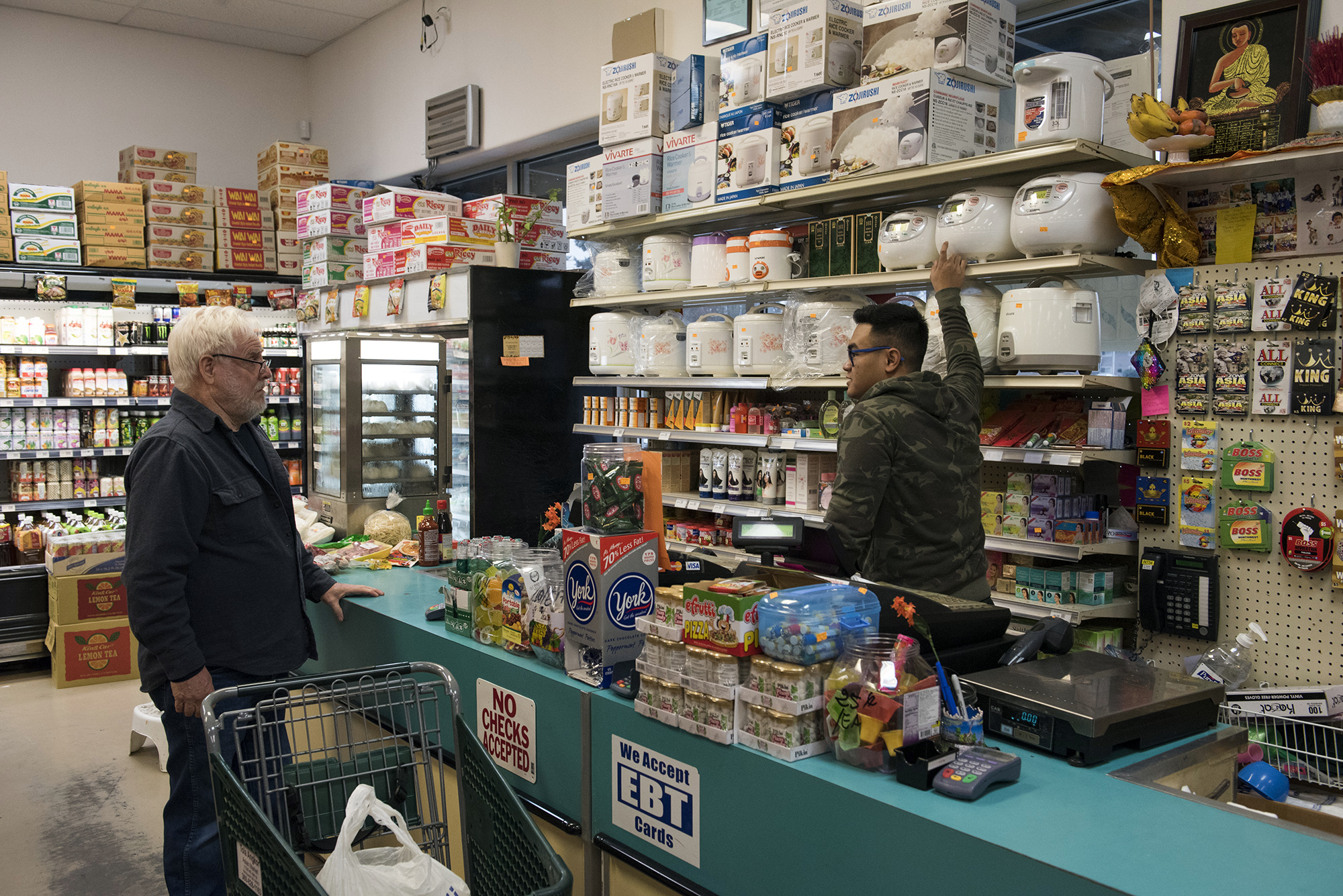 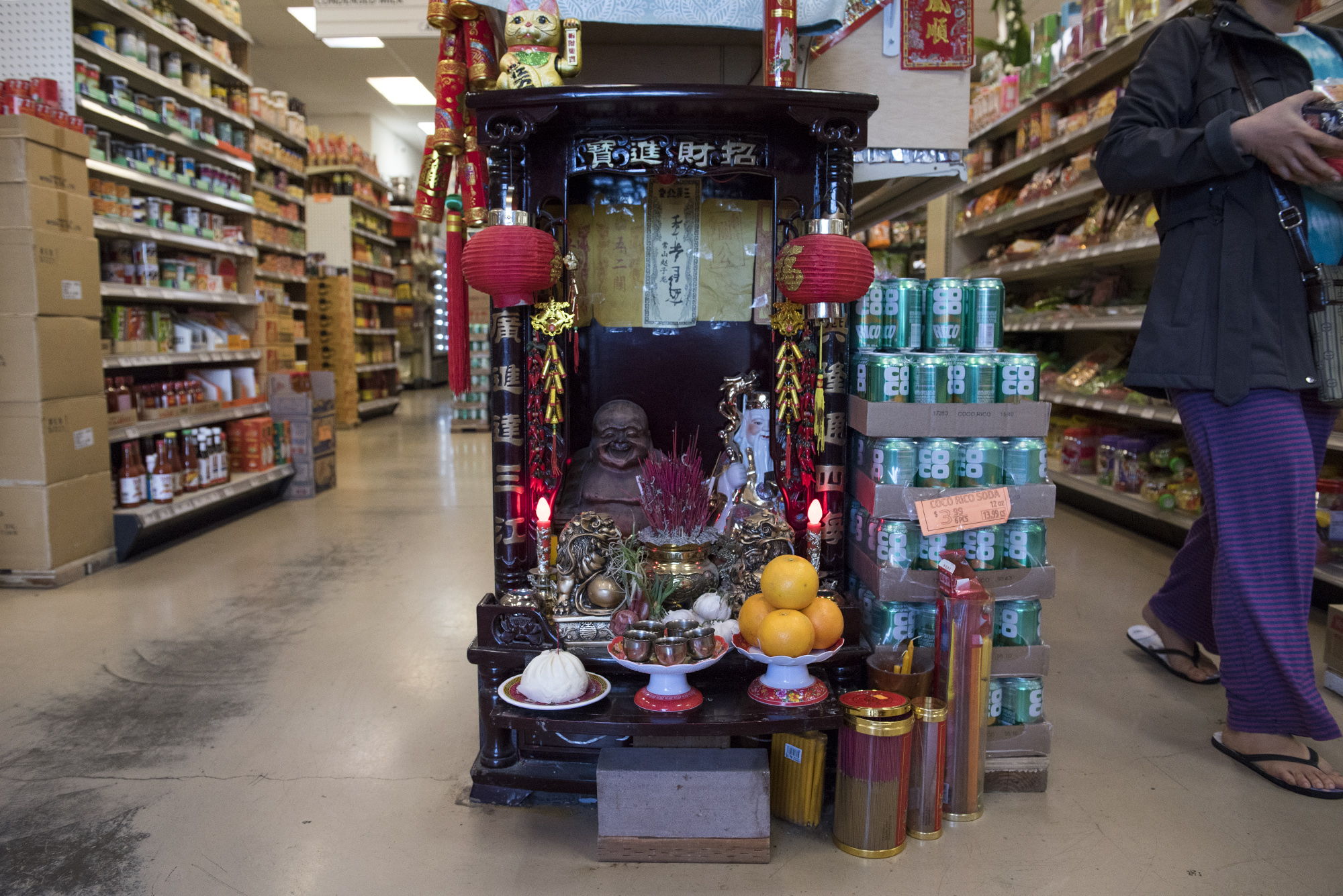 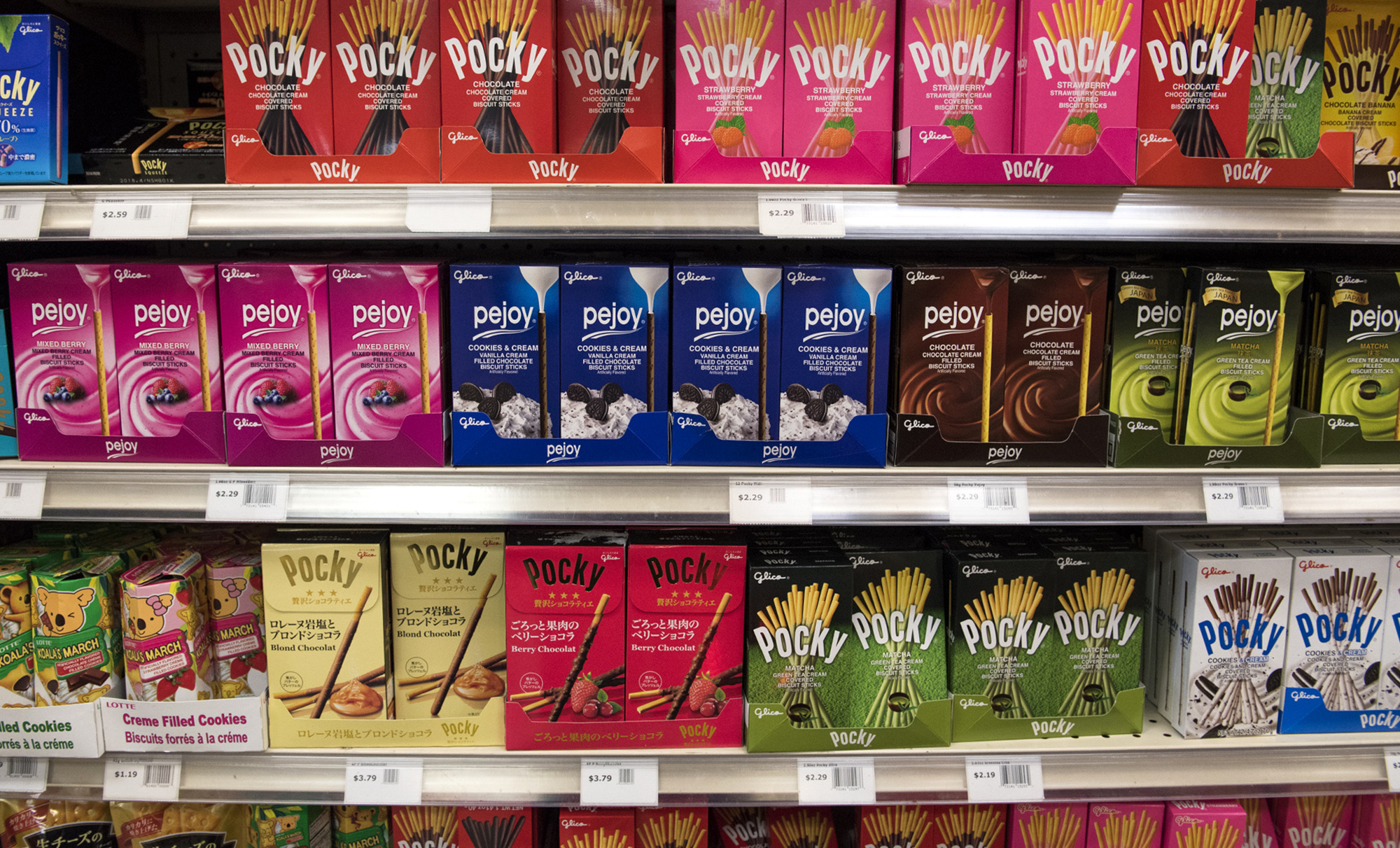 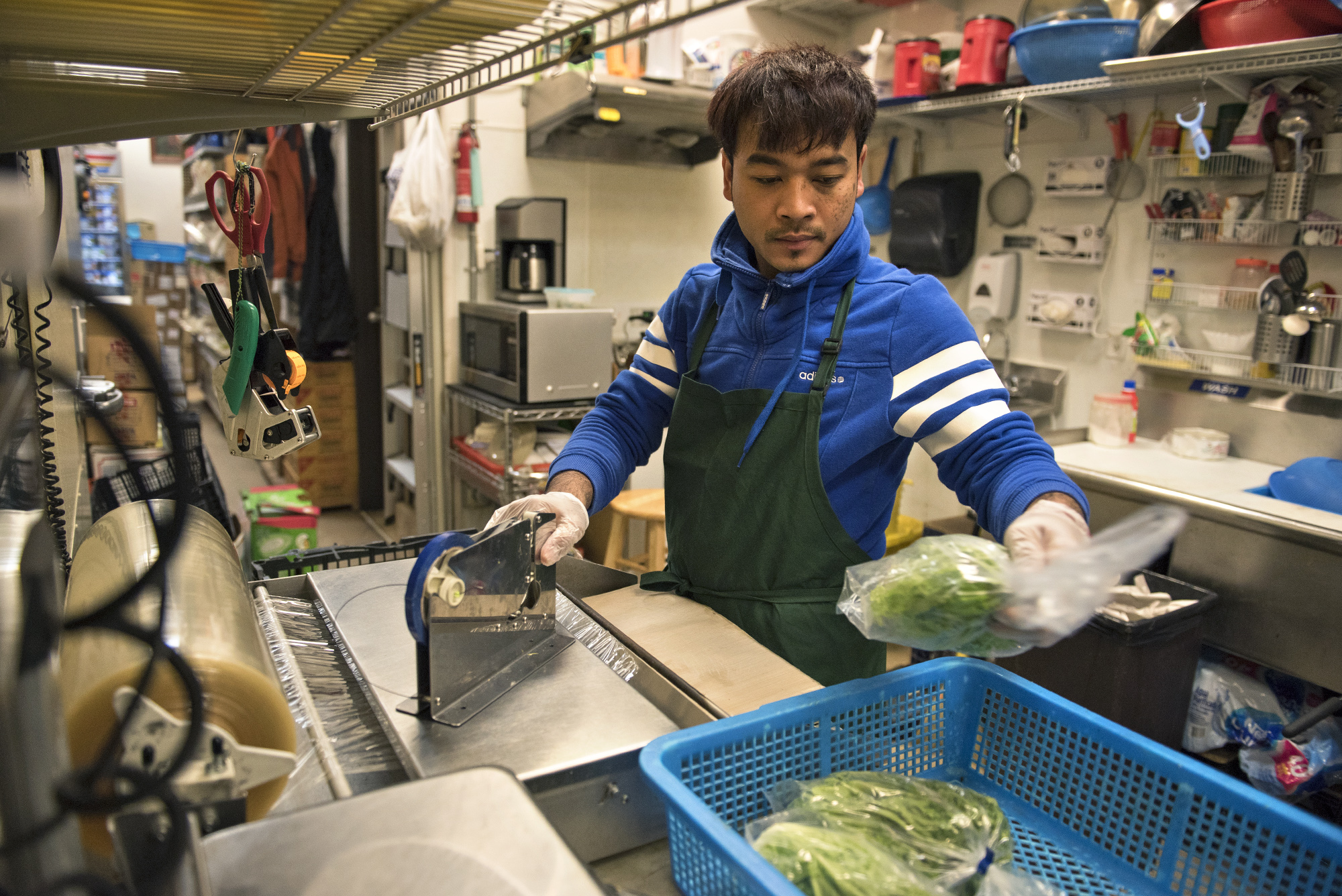 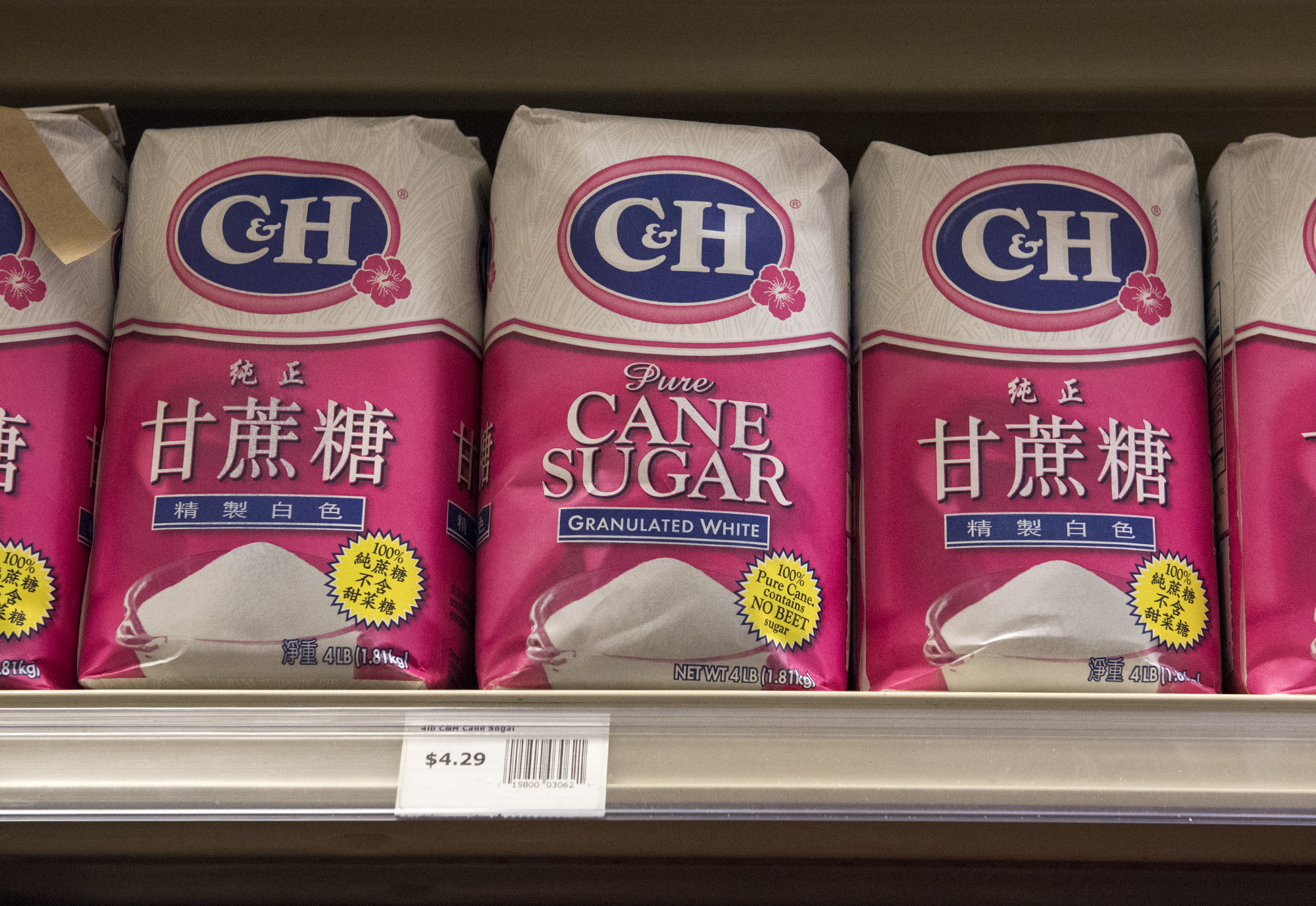 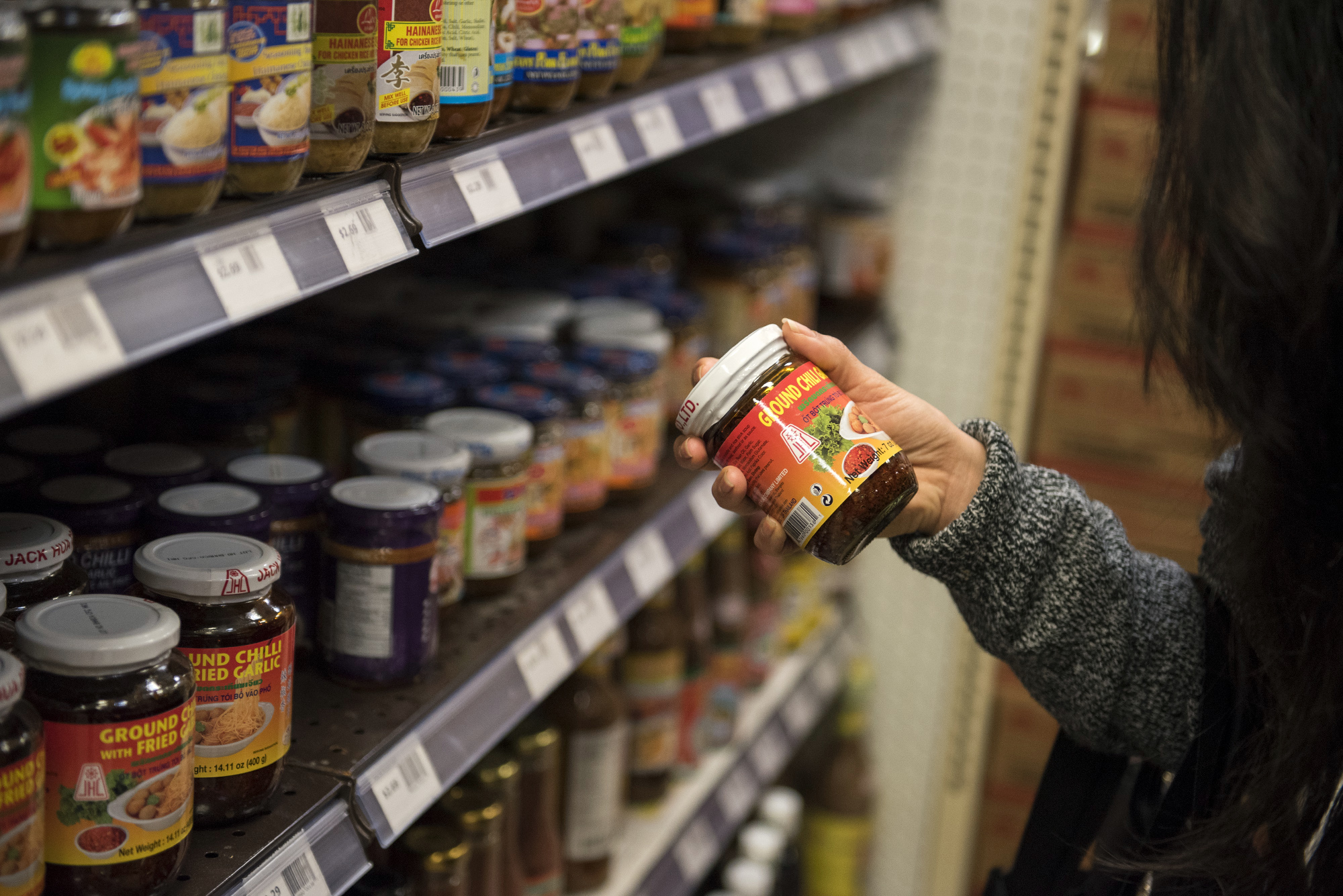 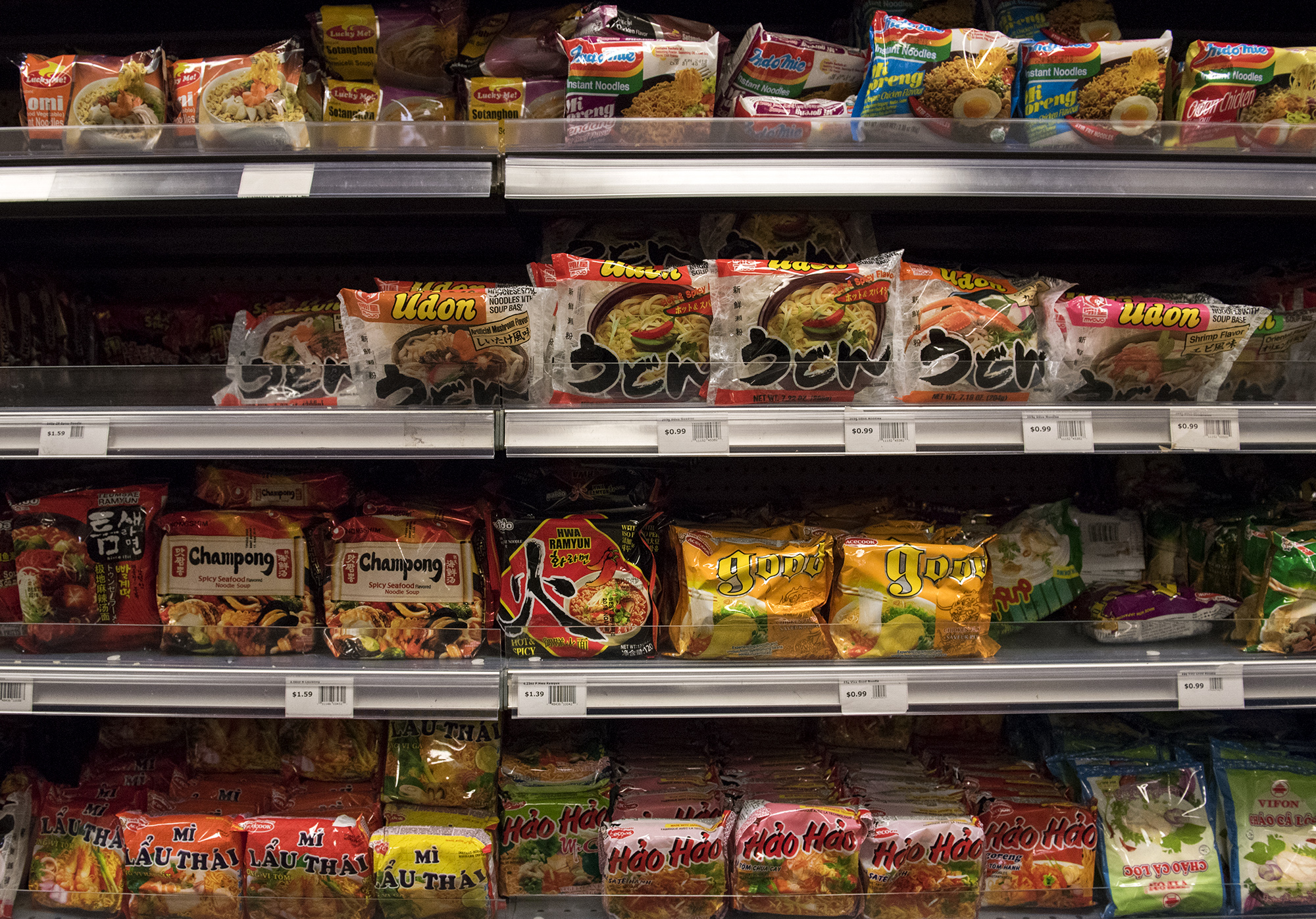 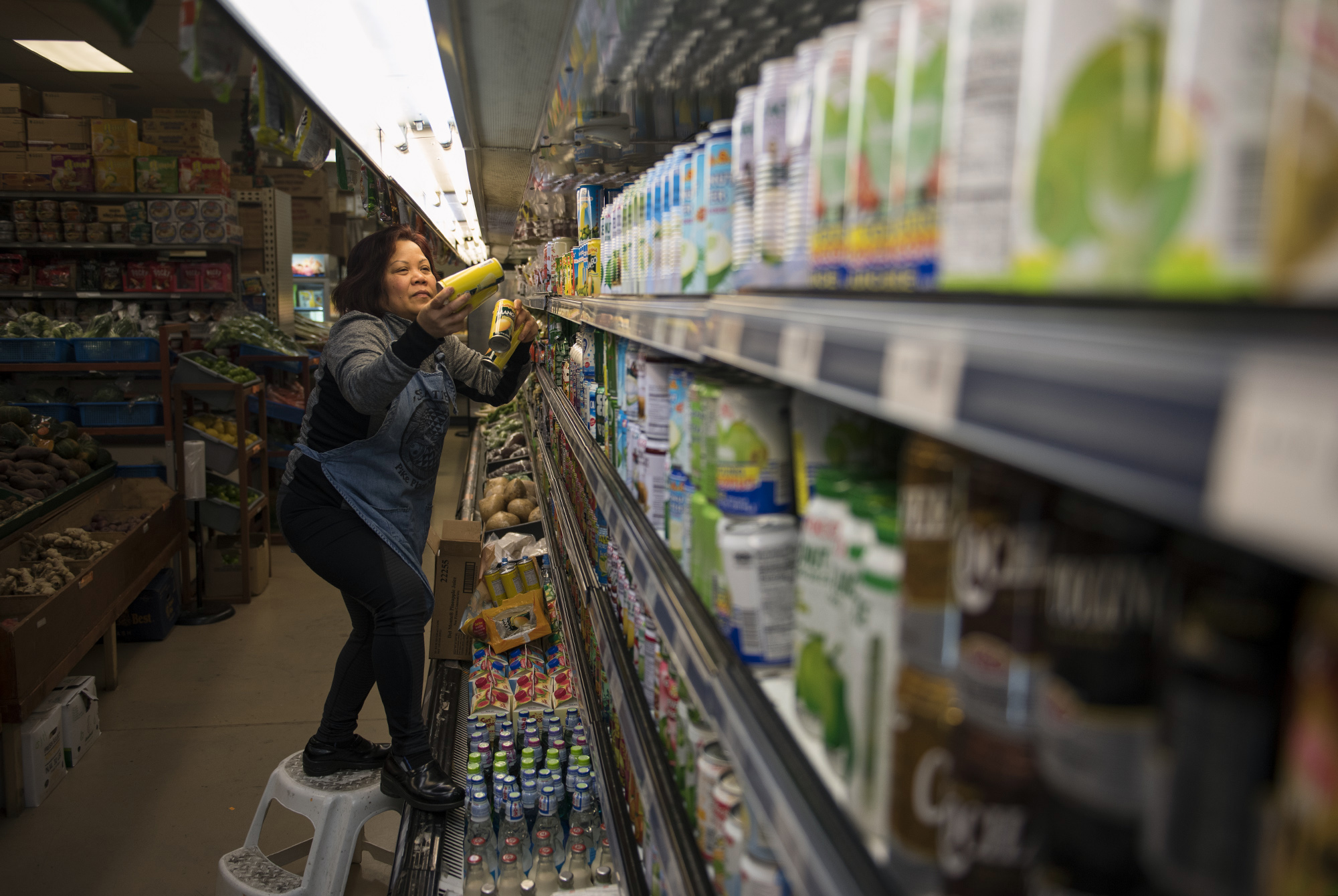 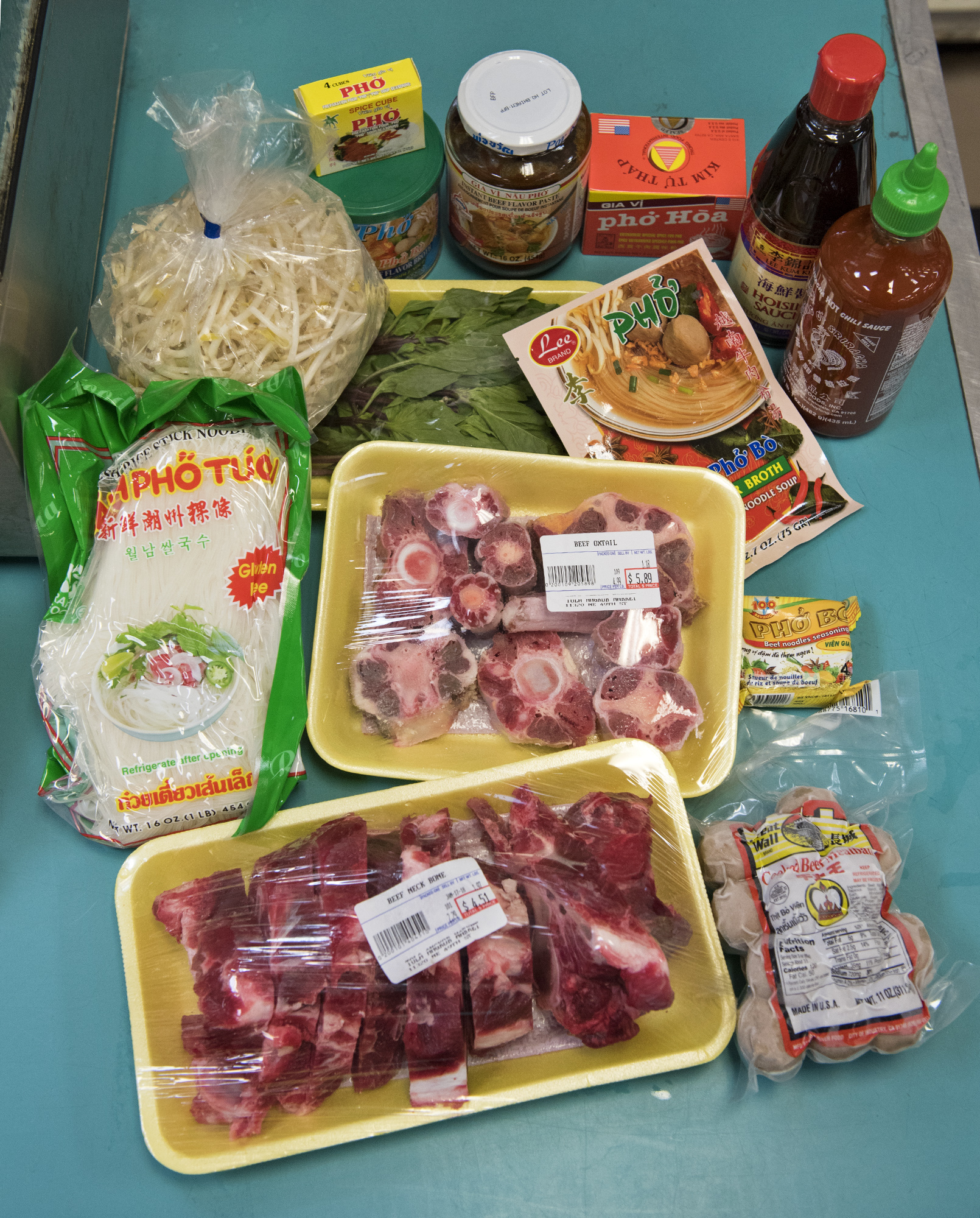 She pointed out that some of the imported foods sold at Tola Angkor are really just variations on U.S. products. She picked up a bag of Takis — which, she said, are like Flaming Hot Cheetos but hotter — to send to her fiancé back home.

Pad Thai can be cooked up at home with ingredients from the store, but in the winter, Eath said, people are more into soups such as Pho. With the right spices and seasonings, it can be just as good as what’s found in restaurants. 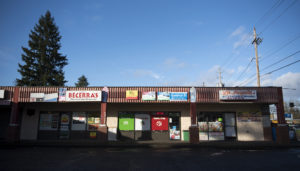 Established in 1973, Becerra’s International Groceries has been owned and operated by a few different families.

He said his store caters to different niches with products such as Yerba Mate, a drink popular in Argentina, or papas criollas, a type of potato grown in Colombia where he’s from. That’s why the sign outside says “international” because everyone has such varied taste. Although the corner store is too small to carry everything, Restrepo said he tries to carry some of those difficult-to-find items that the Hispanic community wants. 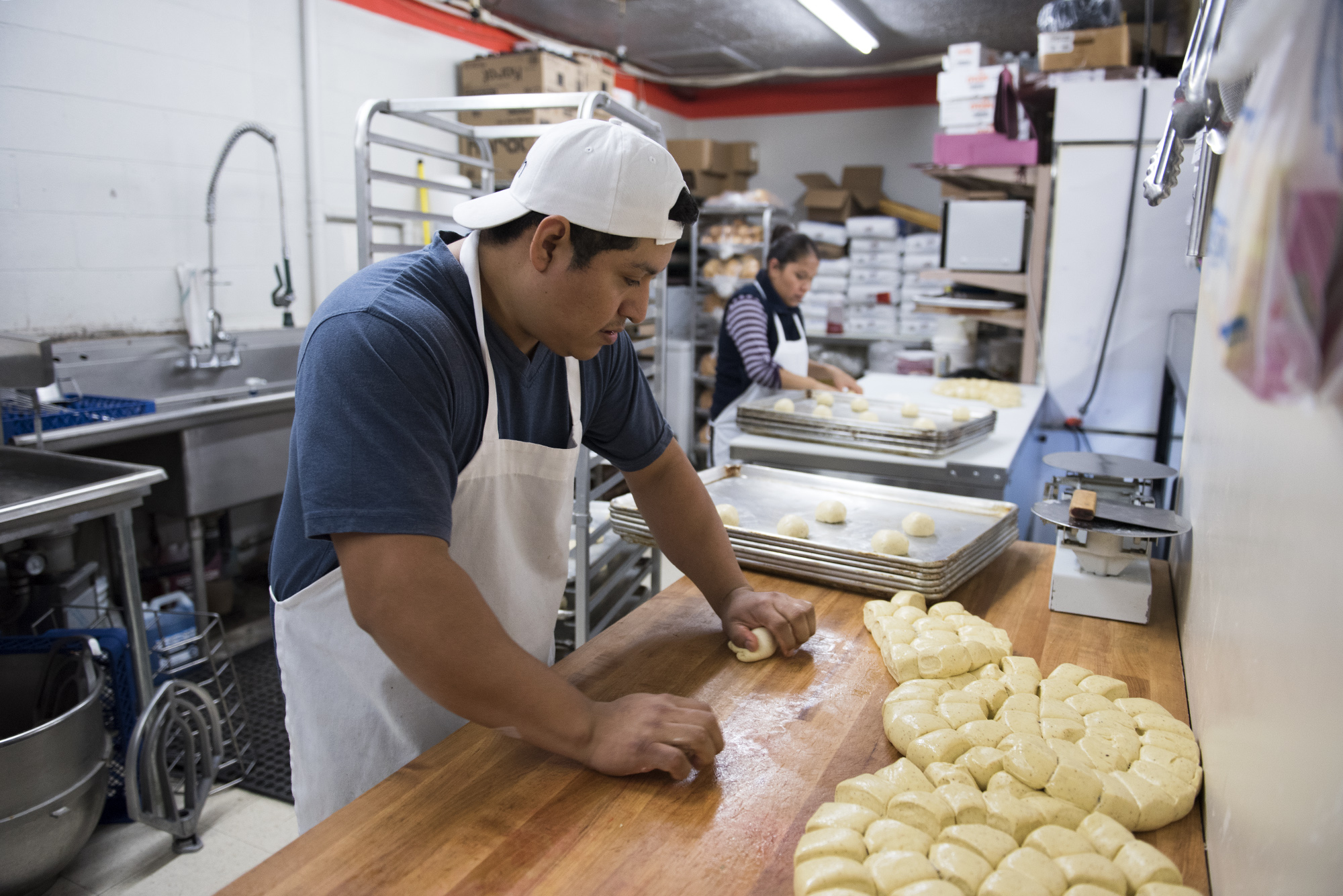 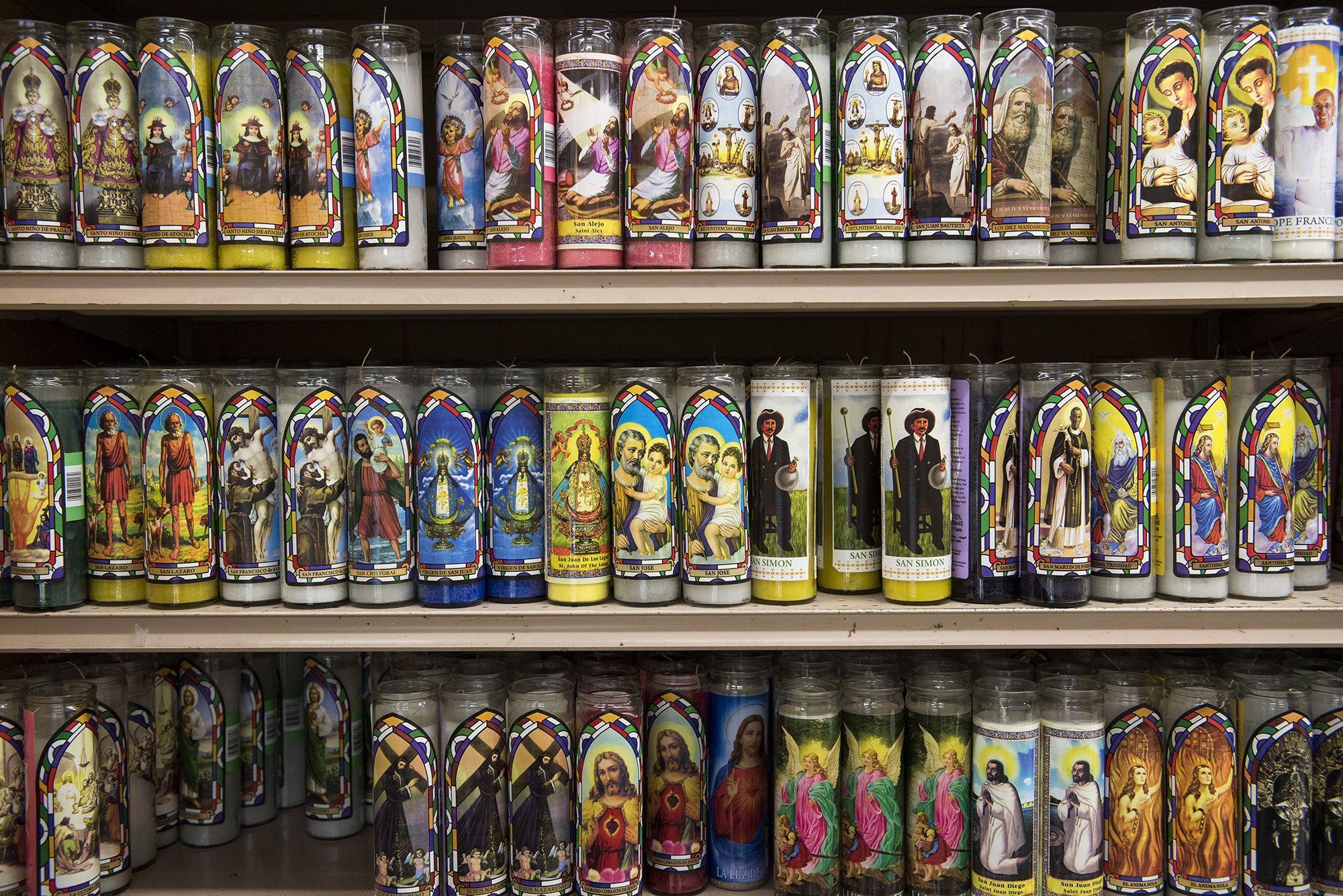 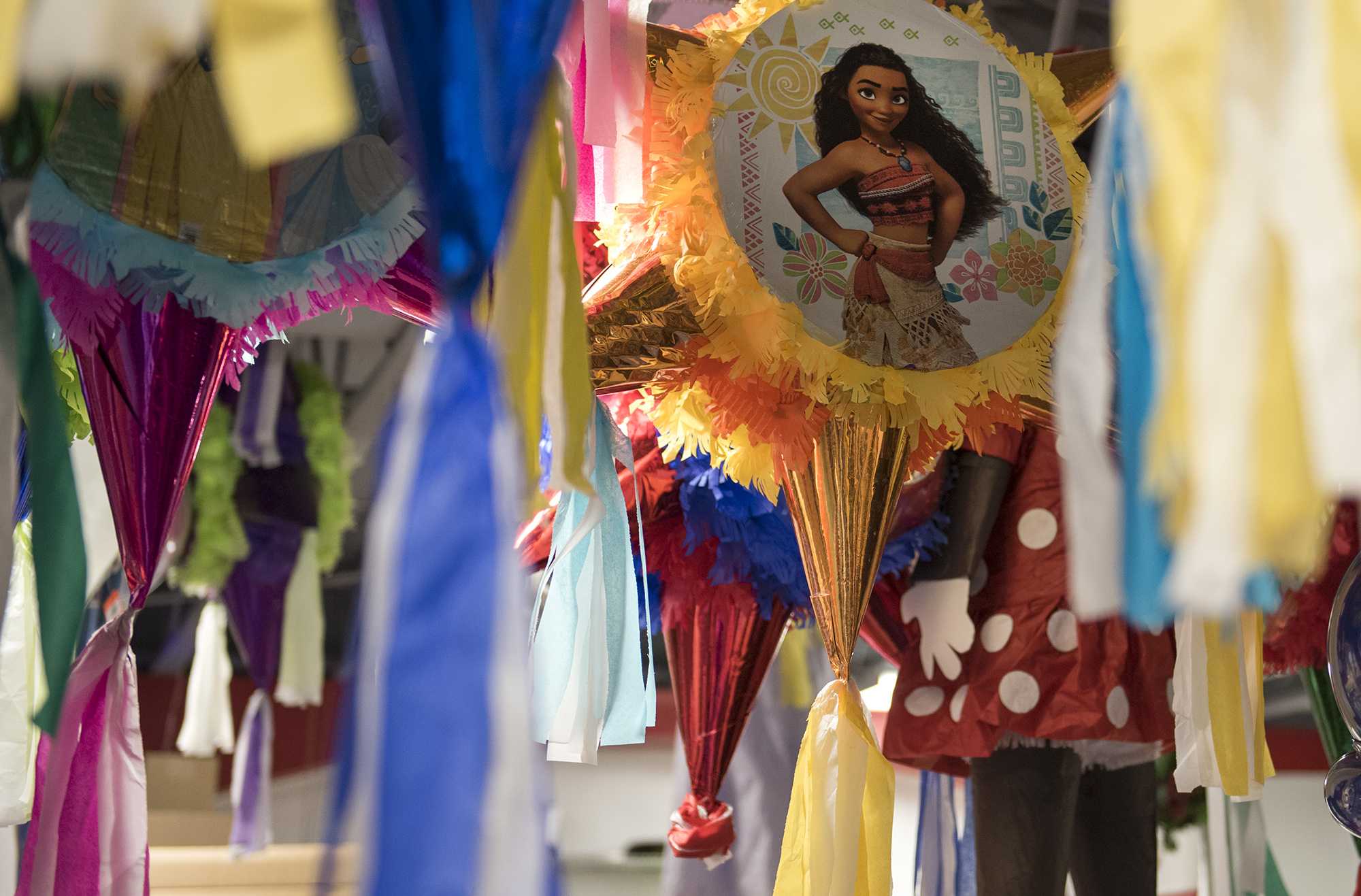 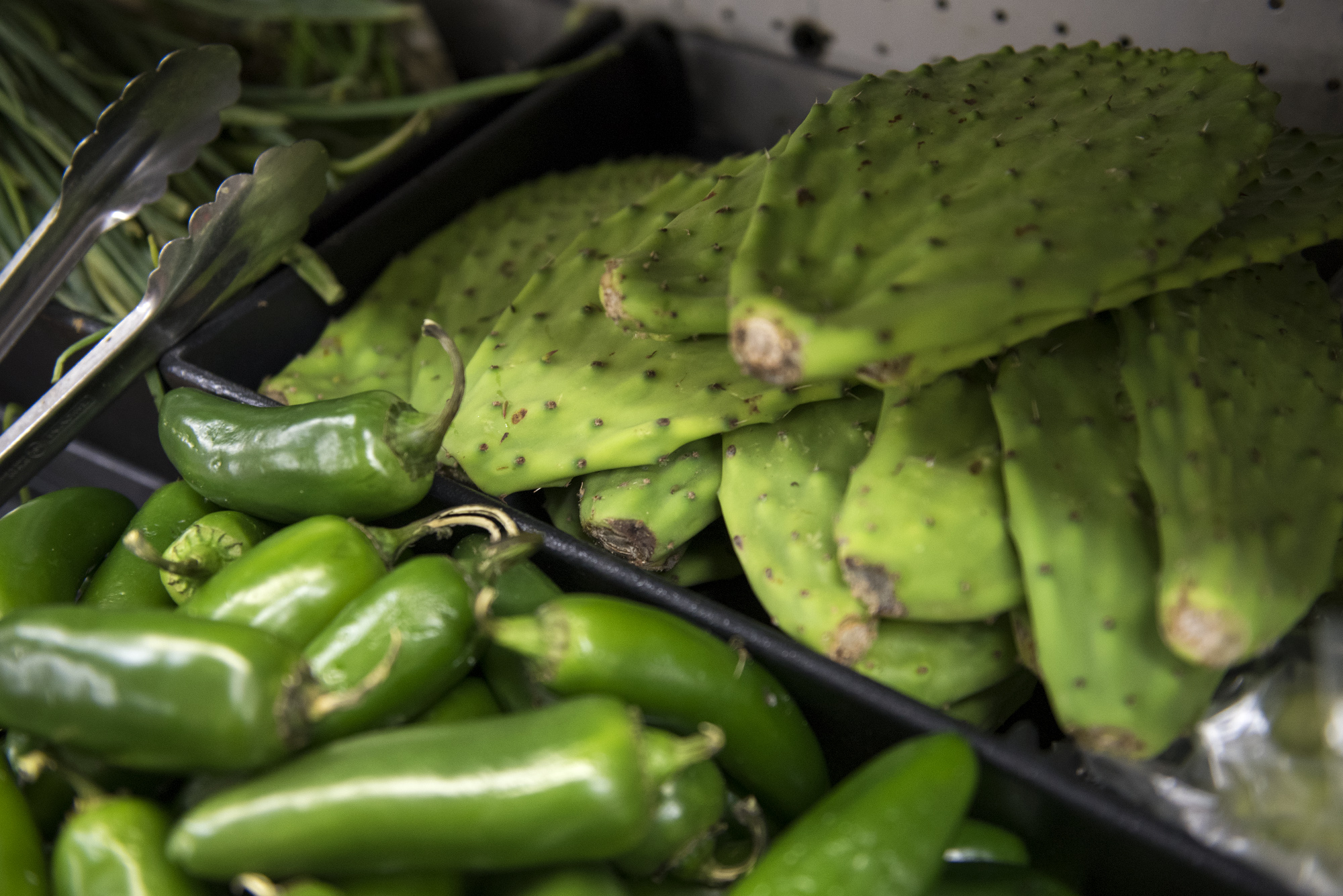 The store is located along Fourth Plain Boulevard, the city’s multicultural corridor where about one-quarter of neighborhood residents are Hispanic.
Baker Jesus Actual starts each workday around 5 a.m. making dozens of conchas (Mexican sweet bread), which are among the most frequently bought items. People will also pick up holiday-specific foods such as pan de muerto (bread of the dead) used in October’s Day of the Dead celebrations or rosca de reyes, a sweet bread for Three Kings Day in January. Actual said Becerra’s is similar to stores in Mexico where he was born.

“You don’t find this style at Fred Meyer or Wal-Mart,” he said while making buns Tuesday morning.

by Ariane Kunze
Next: Caves