There will be mud — and probably blood, too

Reading clubs get together so people can talk about books.

Moms arrange outings so their kids can run around a playground.
Other gatherings can mean rinsing mud from squinting eyes, launching a person several feet into the air and shaking the hand of the bearded stranger who just bloodied your nose. OK, some of those activities could conceivably be associated with a book group or a play date, but they’re more likely to be part of a rugby match.

Meanwhile, the social factors of those groups — hanging out with people you have something in common with — are also part of rugby. (When you think about it, a rugby schedule is pretty much a series of play dates.)

“My favorite thing about rugby is actually the brotherhood and the camaraderie,” said Brian Thorp, an organizer of the Clark County Chiefs.

The roster of the men’s club, which recently wrapped up its season, includes people who started playing rugby in high school, or played in college. Some are former prep football players who haven’t put on pads and helmets since high school. 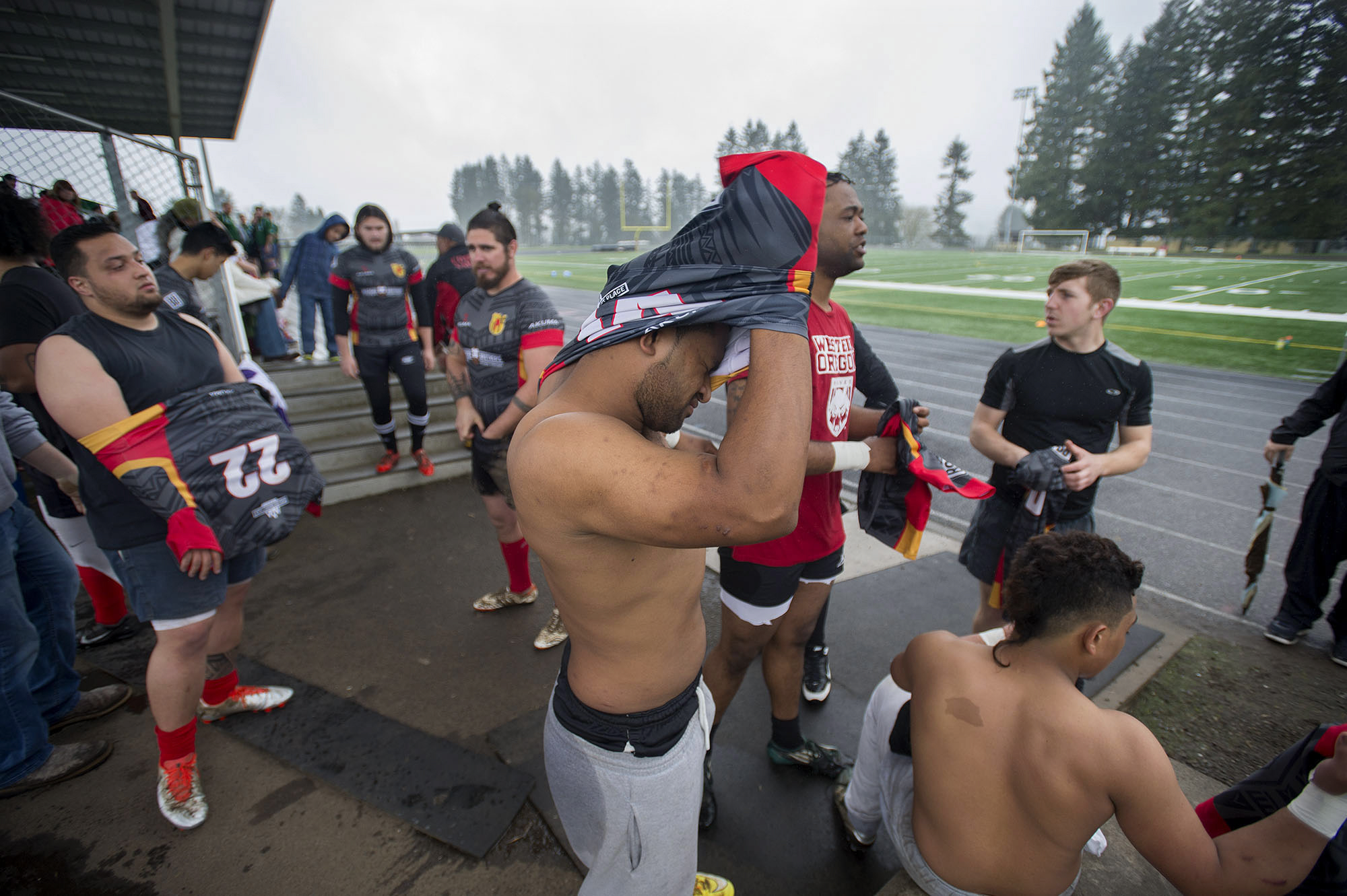 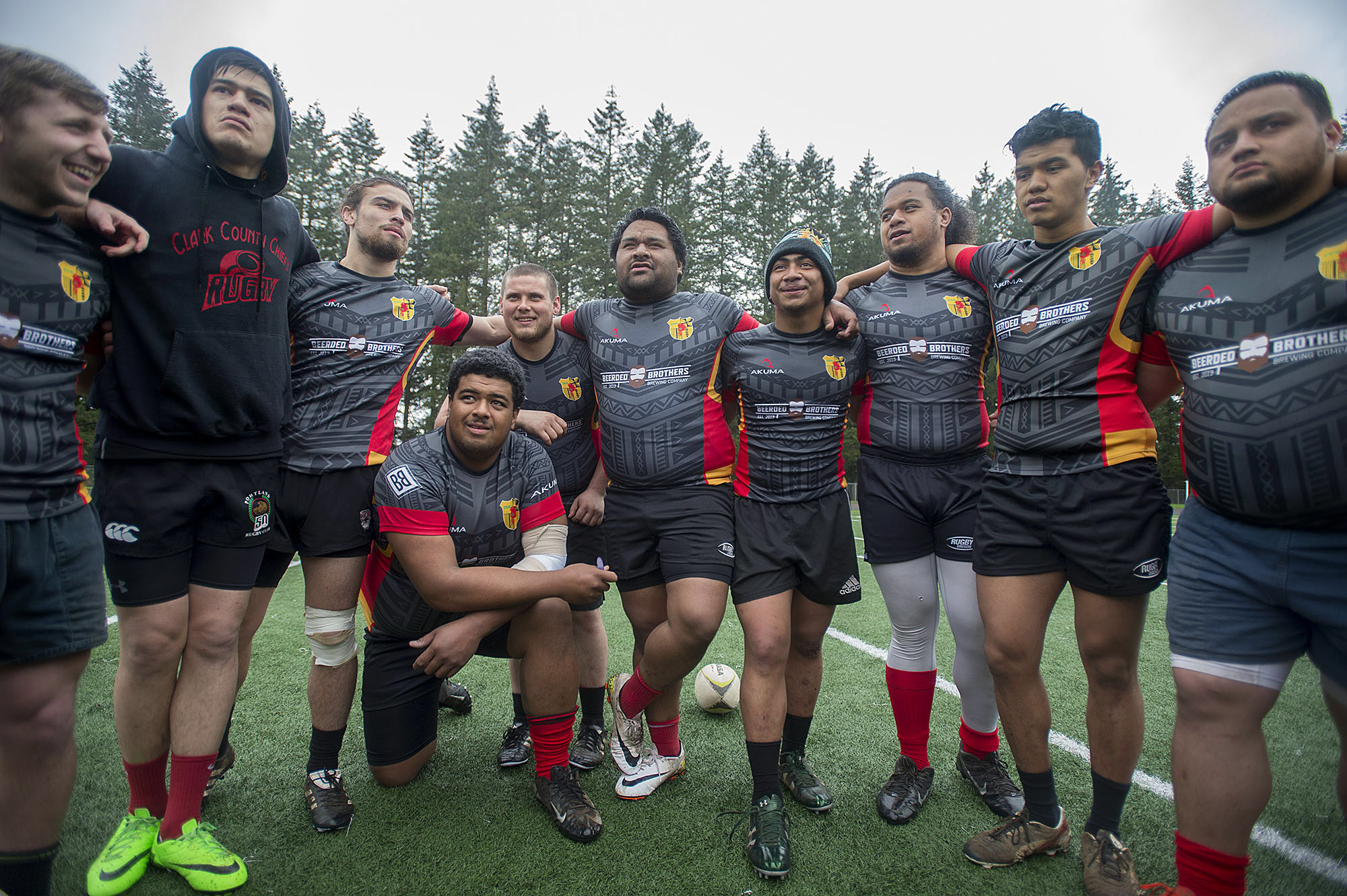 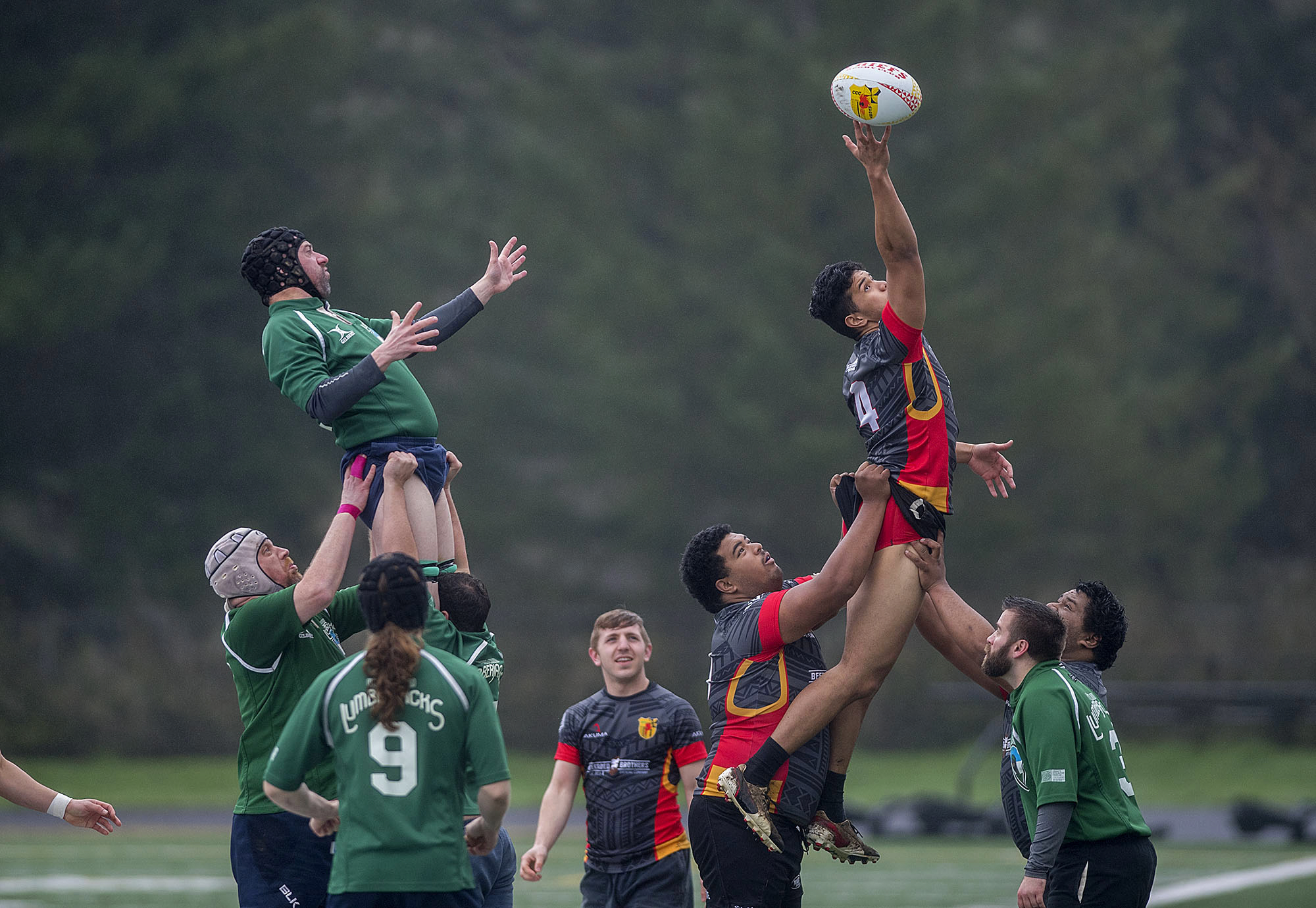 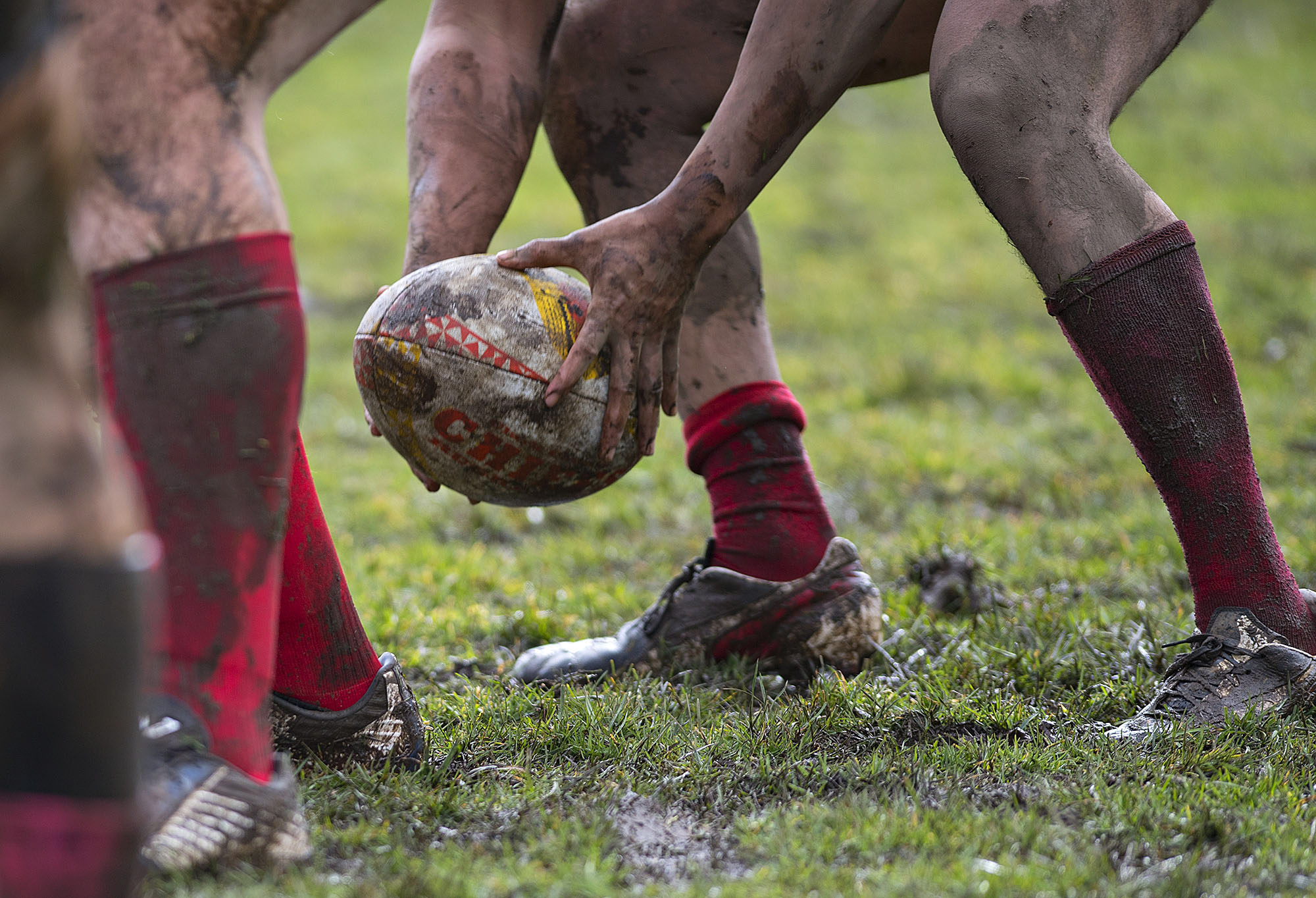 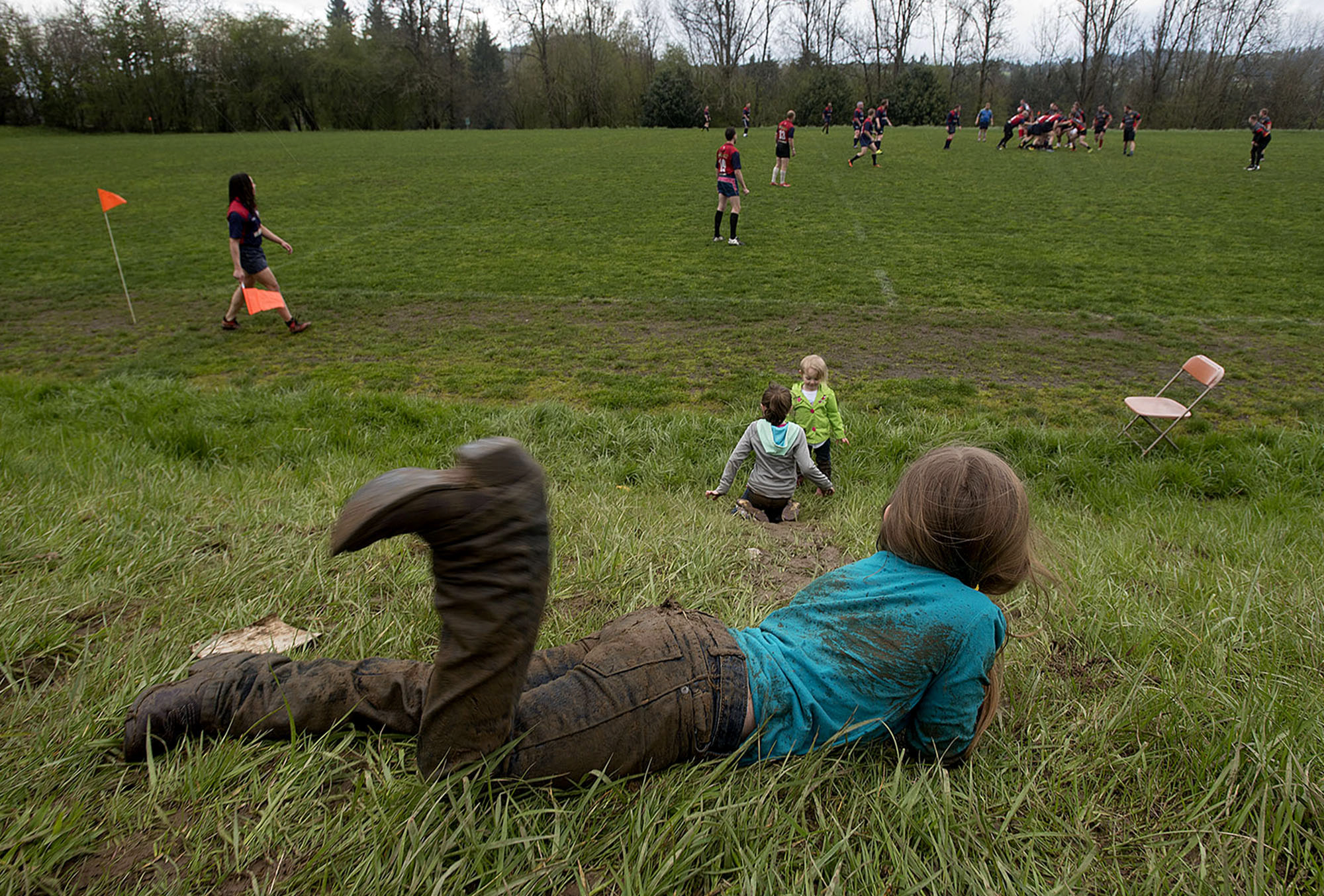 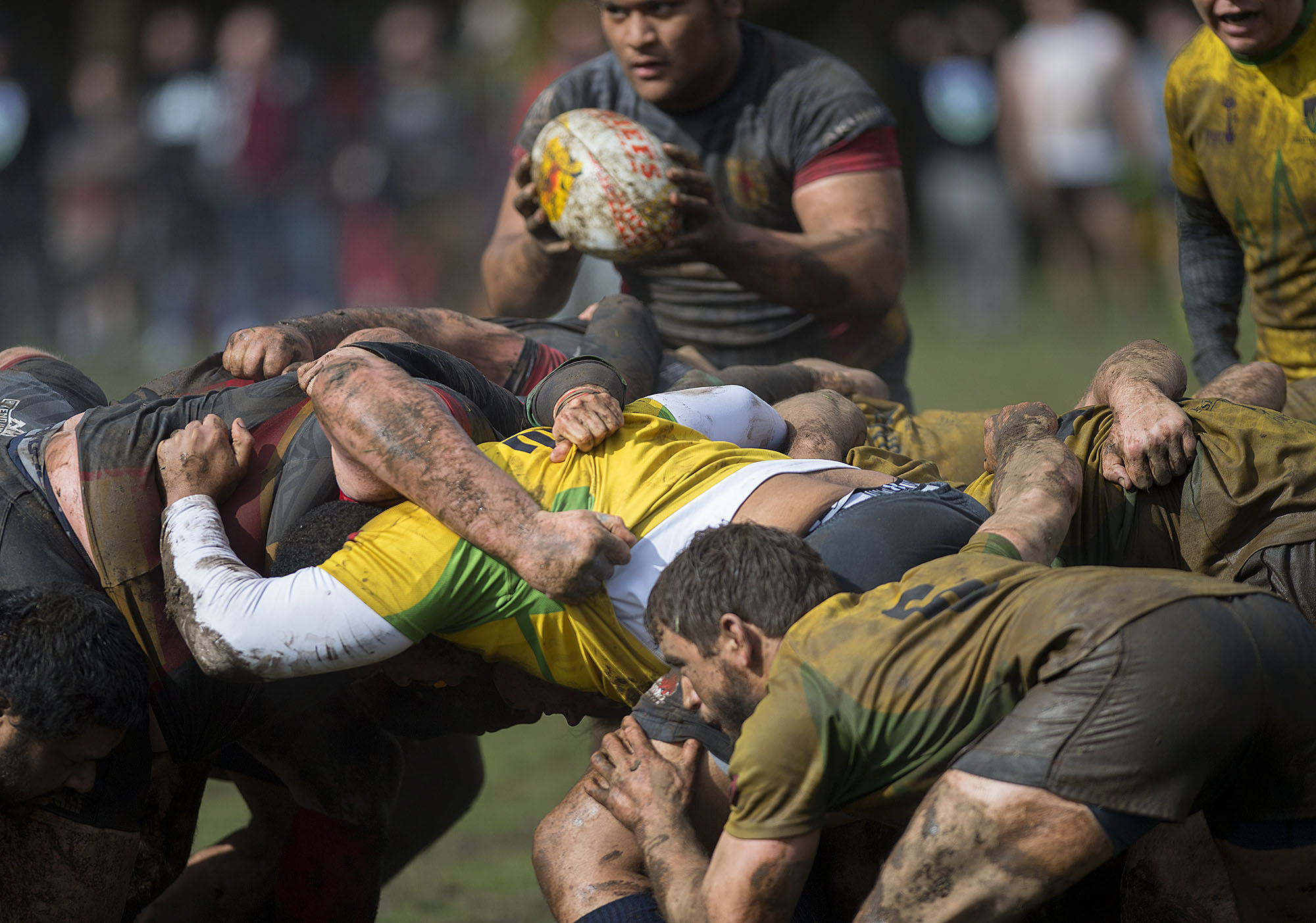 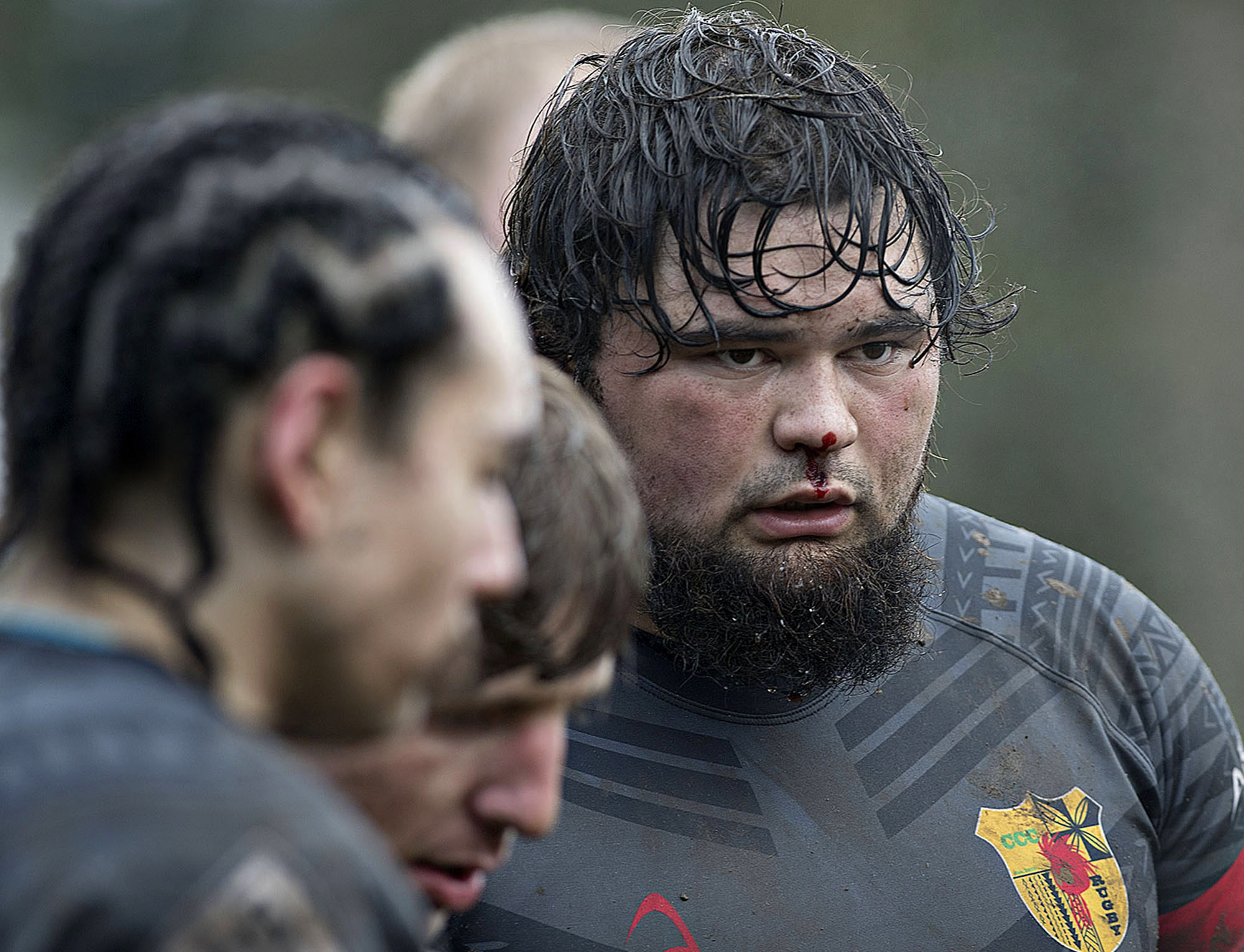 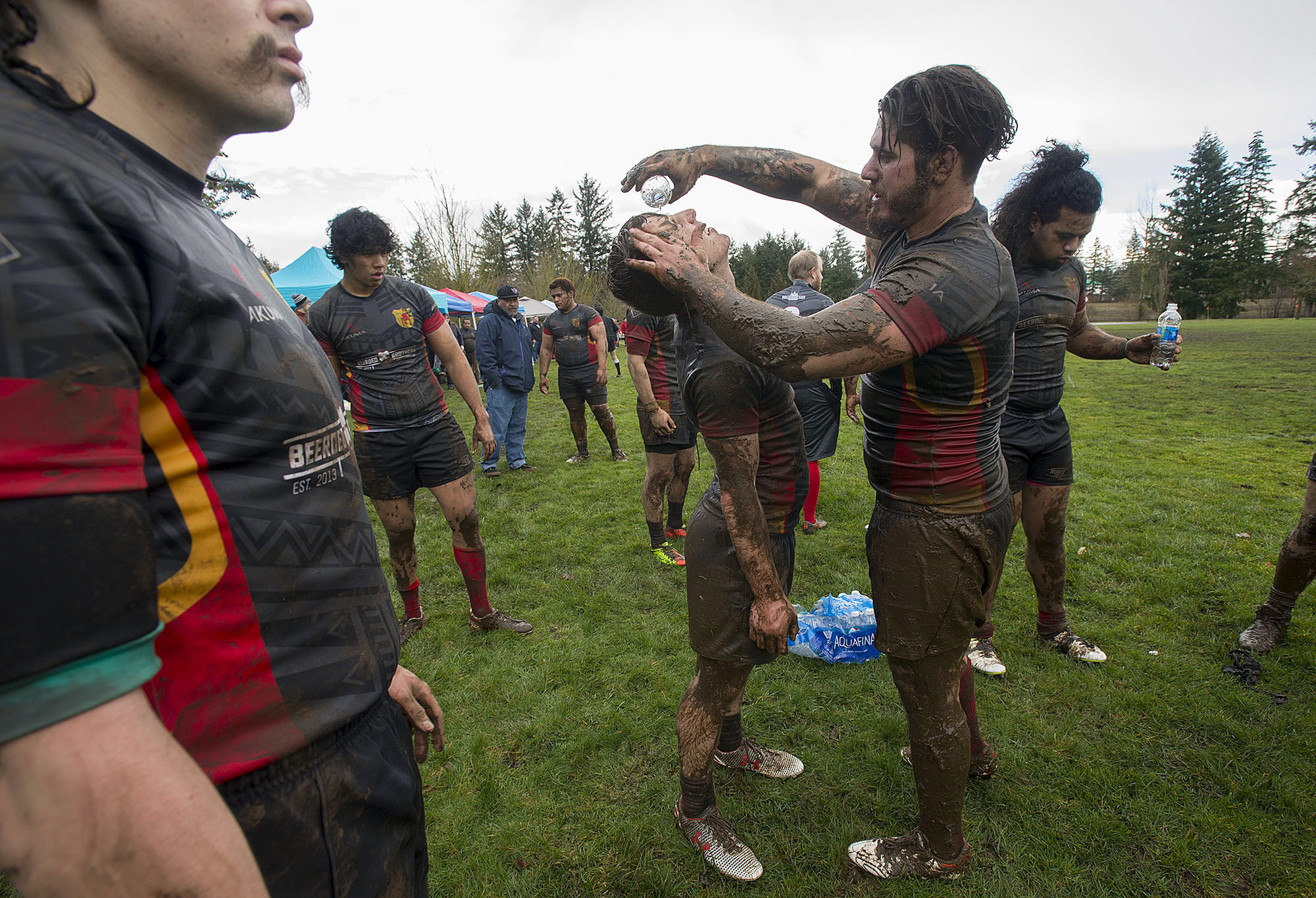 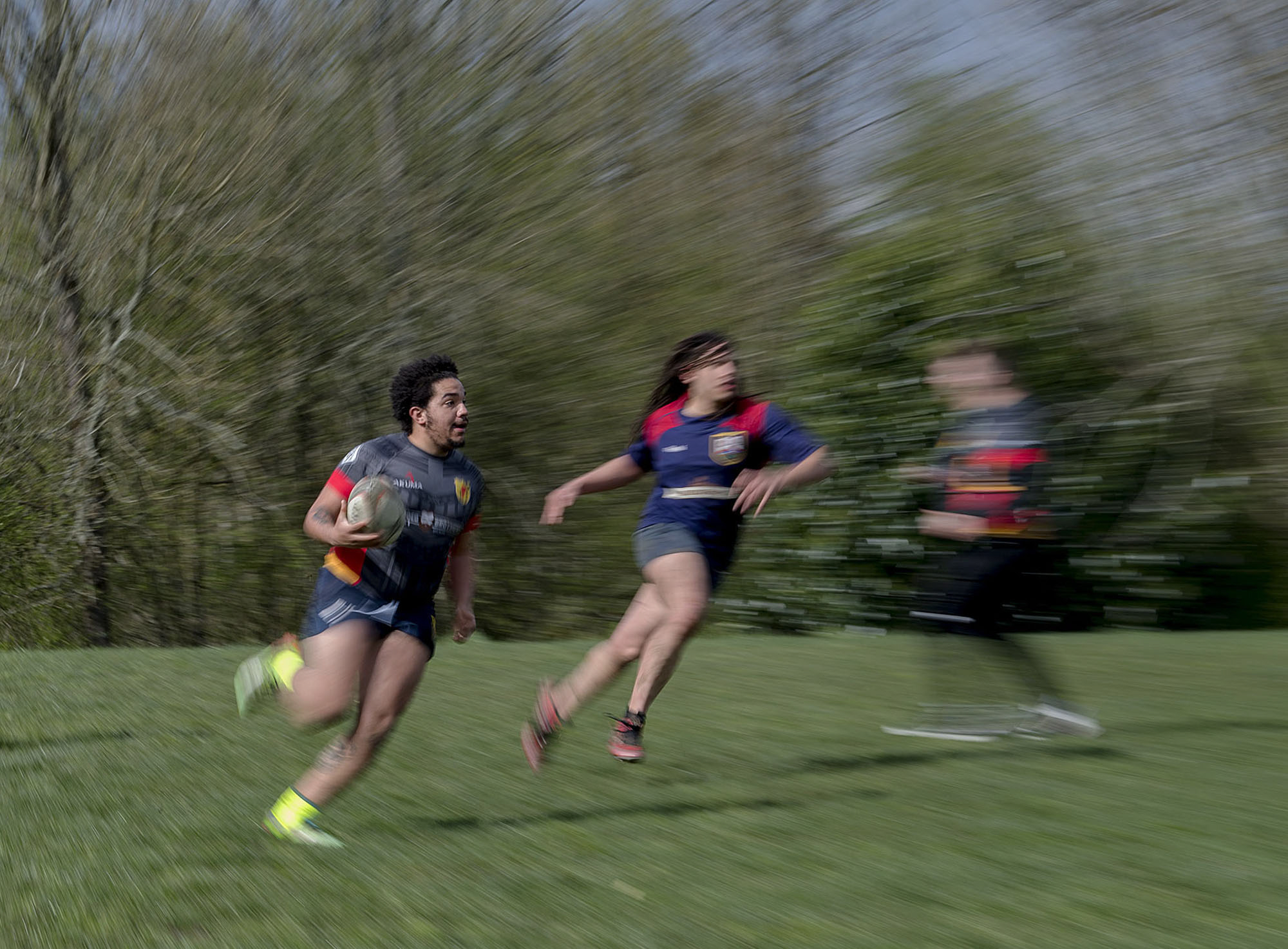 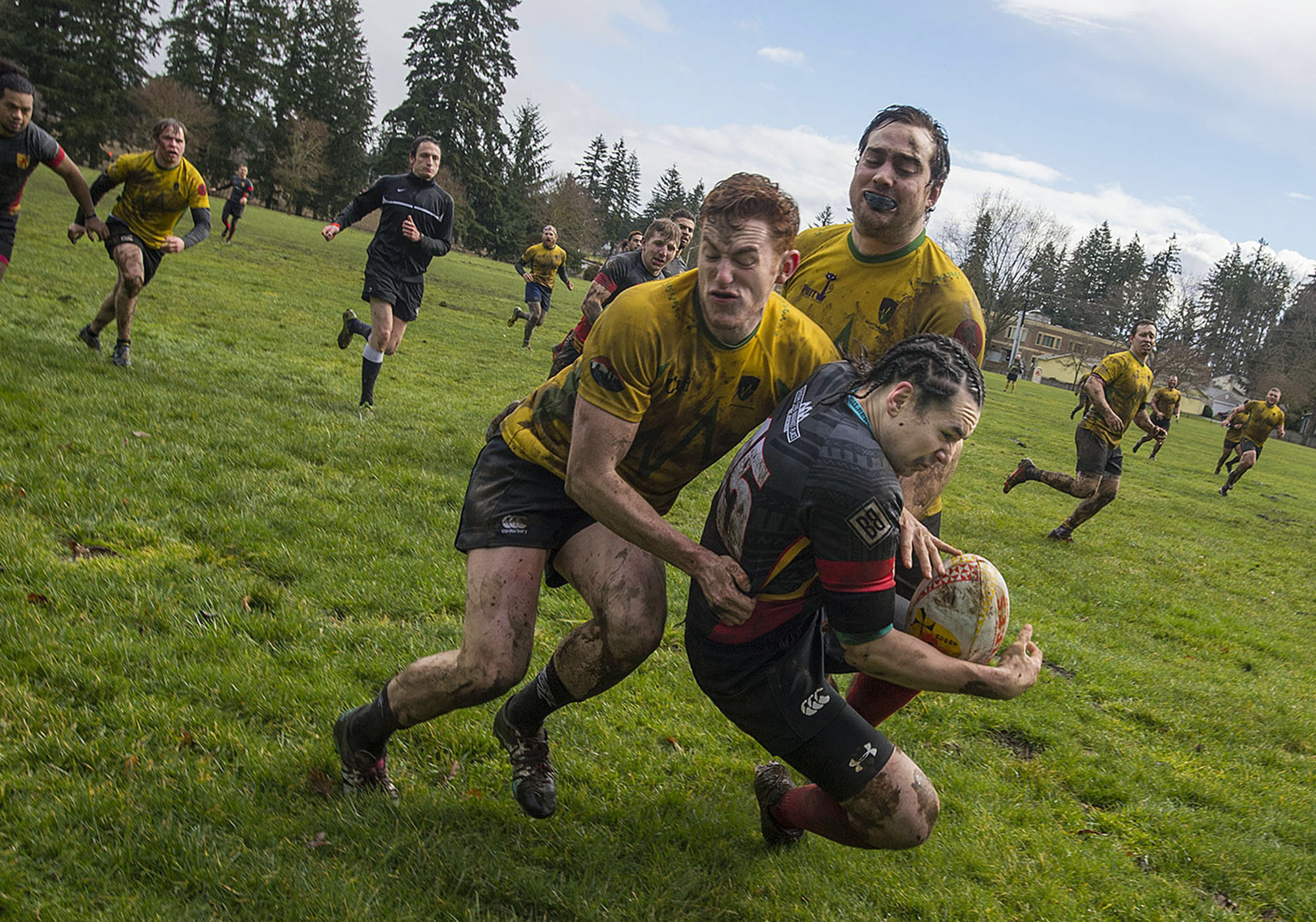 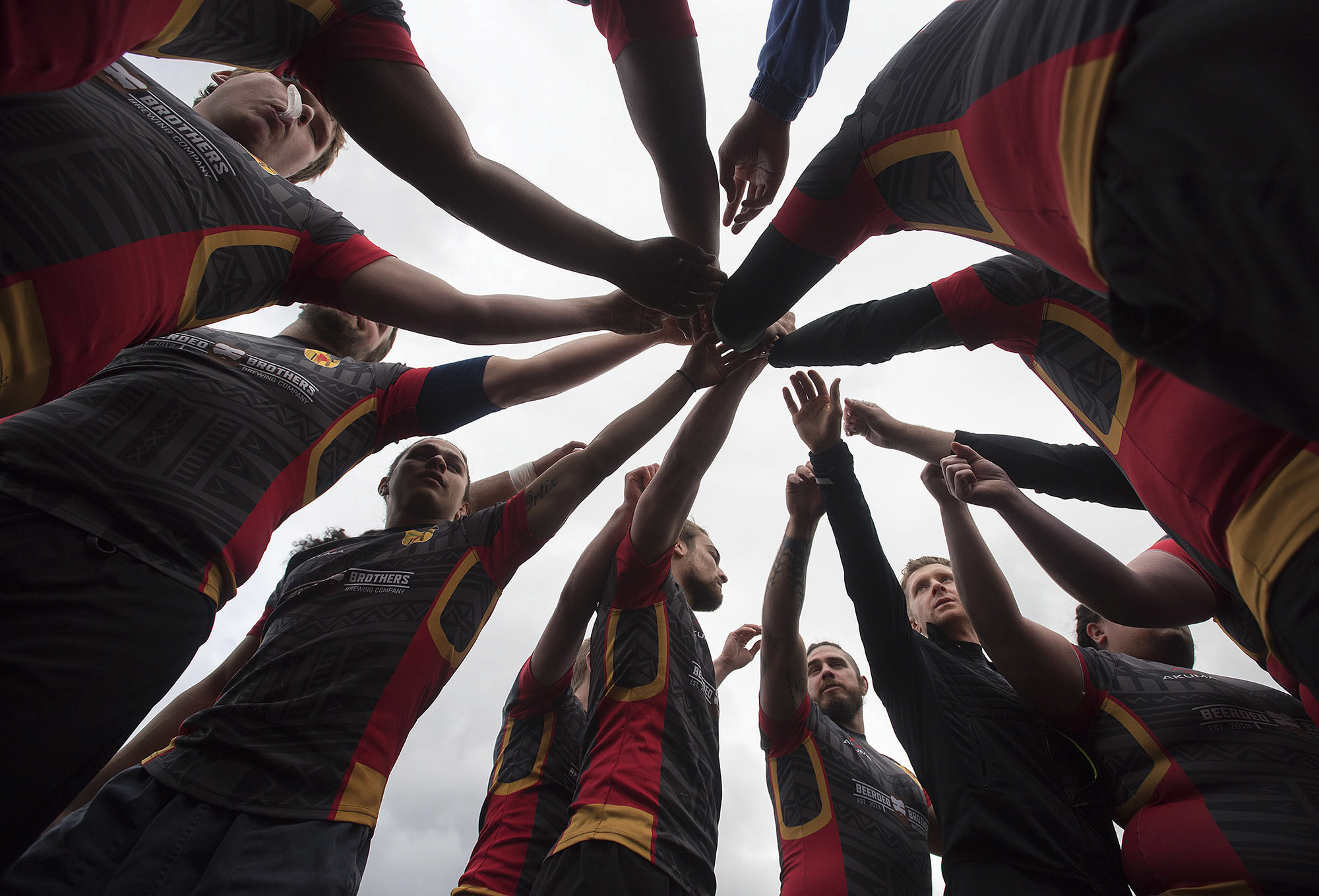 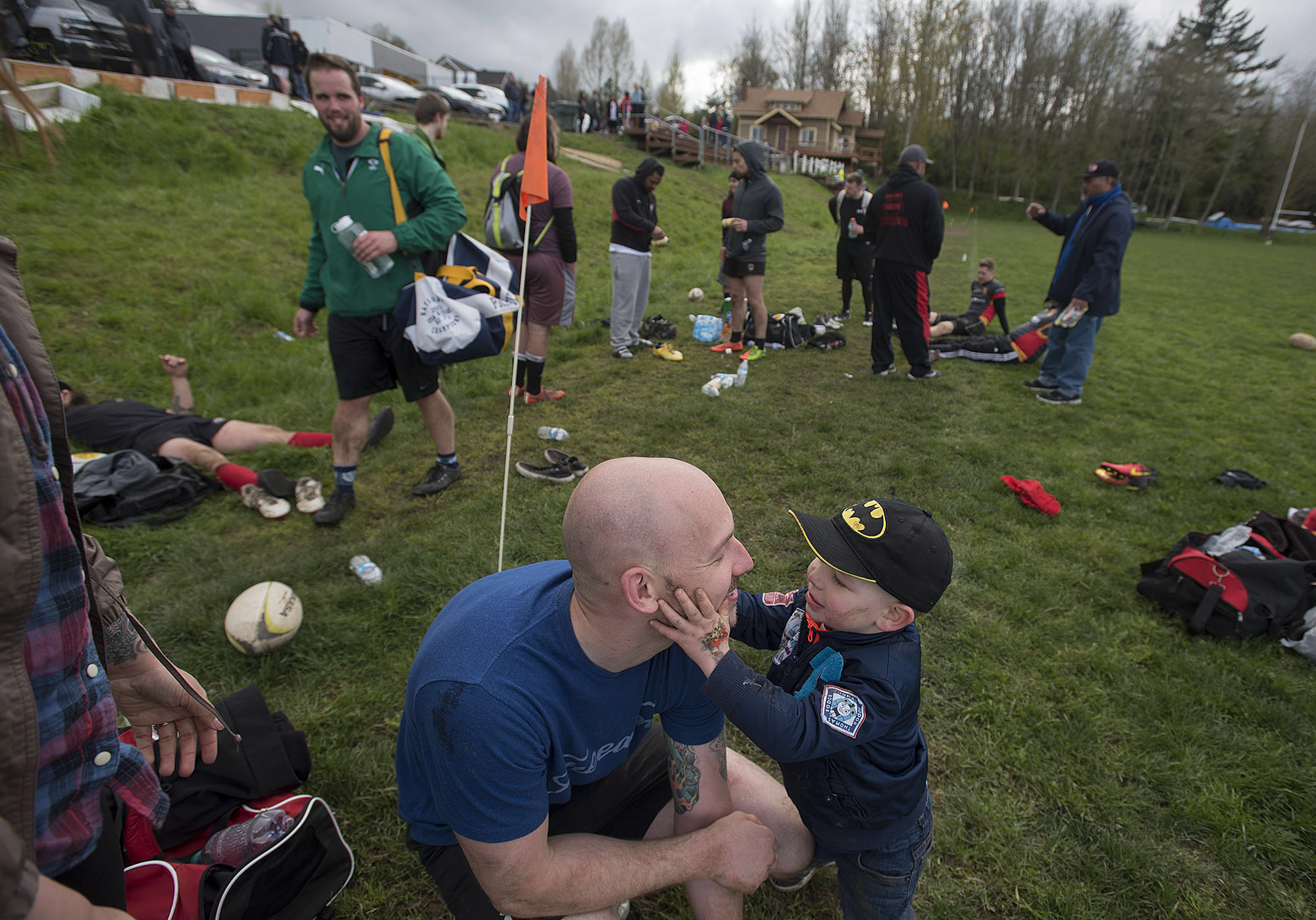 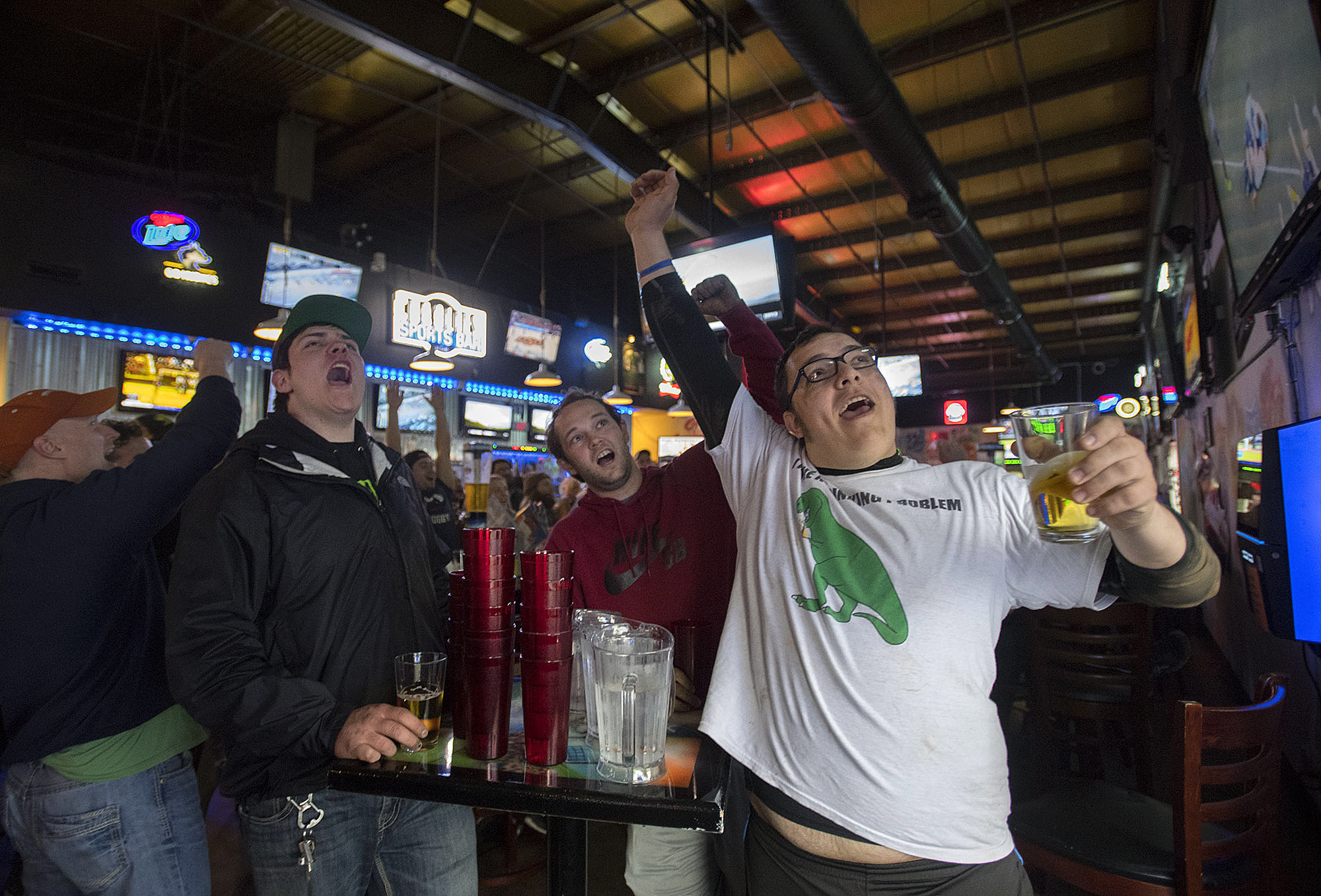 Rugby is a chance to keep playing a contact sport, and maybe even enjoy some expanded opportunities.

“In football, everything is assigned,” said Jaren Rhea, another team organizer. “If you’re in the line, you block.

“In rugby, you get to try everything,” said Rhea, a Columbia River High School grad. “I can play all forward or back positions.”

There are 15 players to a side; positions include prop, fly wing, scrum half and hooker. What they do depends on the flow of the game. A player can be on defense, and within seconds, can wind up carrying, passing, catching or kicking the ball.

The team tries to simplify things by letting newcomers specialize, Rhea said. But attitude can be more important that technique.

“Basically, you get the crap beat out of you,” Rhea said before a recent game against Oregon Sports Union. “That creates a bond. If you can hang in there for 80 minutes, it’s a really tight bond.”

One eye-catching rugby maneuver, the lineout, seems to take more from figure skating than football. On the inbounds pass, each team’s designated jumper leaps high into the air and tries to tap the ball to a teammate. Two lifters assist by tossing their jumper into the air.

“They lift as far as they can extend,” said Robert Ahloo, a jumper for the Chiefs.

A male figure skater can’t grab his partner by the shorts when he throws her, which actually is a rugby technique.

“It took a lot of practice,” said the 22-year-old Ahloo, who played football at Evergreen.

“I played football for several years,” said Royce Ellis-Perilla, a 2013 Mountain View grad. He initially passed up invitations to try rugby, thinking: “Rugby, that’s an aggressive sport. And all the running: I’m pretty big and don’t like running.”

“My favorite thing about rugby is actually the brotherhood and the camaraderie.” Brian Thorp, an organizer of the Clark County Chiefs

Then the Thunder lineman gave it a try on the high-school level.
“I fell in love with the sport. I love it more than I did football,” said Ellis-Perilla, who left the field late in the game against Oregon Sports Union to deal with a bloody nose. “I love the fact I get to carry the ball, and run people over, or pass the ball. And I love how they make it seem like a family.”

That approach connects guys who are at different places in their lives, even though it’s not always a perfect fit.

“It’s hard,” Rhea said. Players have to prioritize “work schedules and what’s going on in their lives.”

That includes Rhea; his job as a hazmat technician doesn’t always follow the standard workweek.

“There was a possibility in two games that I might have to leave,” he said.
Still, “Now that we’re trying to figure out life, rugby is one thing to do together,” Rhea said.

“In a normal life, I would not hang out with 30- to 35-year-olds every day. Through rugby, they are some of my best friends,” said Rhea, who just turned 22.

“You can get a lot of life coaching. Practice ends at 7:30 p.m., and there are always about 10 of us who sit and talk until 8, about what’s going on this week.

“If I have a question about life, I ask someone who I think might know.”

by Marissa Harshman and Lauren Dake
Next: Education